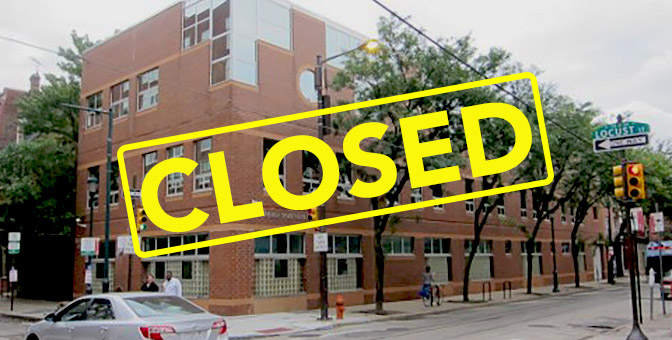 Planned Parenthood of the Rocky Mountains has announced that it will close three of its six New Mexico facilities this year, citing financial considerations as its reason.

Of the six centers in the state, locations in Nob Hill (Albuquerque), Rio Rancho, and Farmington will be shuttered. None of these facilities commit abortions. The three remaining centers include the Santa Fe Health Center, which does commit abortions, as well as the Albuquerque Surgical Center, which seems to exist for abortion, as well as to train future abortionists (from the University of New Mexico).

While the other facility not being shut, Northeast Heights Health Center, does not commit abortions, it is also in Albuquerque, sitting only 5.5 miles away from the surgical center. It offers the host of other services Planned Parenthood likes to brag about focusing on, such as some actual women’s health care, like Pap tests and clinical breast exams. It’s likely that the Northeast Heights Health Center is the feeder center for the surgical facility. Since it offers other services, Planned Parenthood can continue its claim that it offers “women’s health care” in the Albuquerque area, no matter how dismal the actual service numbers are.

Apparently, those difficult decisions mean shutting down facilities that actually do some measure of women’s health care rather than committing abortions. The Santa Fe New Mexican reports that “more than 1,500 patients who receive care at the organization’s Santa Fe clinic won’t be affected.” This is a facility that commits abortions. Yet two of the facilities that are closing see about as many patients each. The New Mexican reports:

But the 1,400 patients in Farmington and 1,800 in Rio Rancho may have to transfer to another provider in their community or travel farther to find a Planned Parenthood site. Some who live near the northern border may choose to seek care at Planned Parenthood clinics in the Colorado towns of Cortez or Durango, Mansanares said.

The nonprofit also has been working with providers in those communities to find care for patients closer to home, she added.

The total patient number in the state, Mansanares told KOAT, is upwards of 11,000. Besides the Farmington and Rio Rancho patients, the report claims that “[r]oughly 2,600 patients access health care in the Nob Hill clinic annually.” Since this facility is in a city with two existing Planned Parenthoods that are not closing, it’s clear that instead of focusing on patient need, the abortion corporation is focusing on the bottom line – something Mansanares discusses in the KOAT story, admitting both that “funding is one thing that we look at” and that the Planned Parenthood patients in these locations are able to “receive excellent care at another provider.”

When an abortion chain executive can tell the media that she and her corporation are making a decision for “keeping the organization solvent for years to come” and then can easily toss a good number of over 3,000 non-abortion patients to other providers, it’s clear that the real financial solvency comes not from Planned Parenthood’s “health care services,” but instead from its abortion priority.

Planned Parenthood is an abortion corporation that does other health services to keep its legitimacy looking solid. These recent closure announcements, complete with comments on how the organization can easily help patients find other clinics for their health care needs, simply show how little Planned Parenthood truly cares to serve patients who are not connected to abortion.