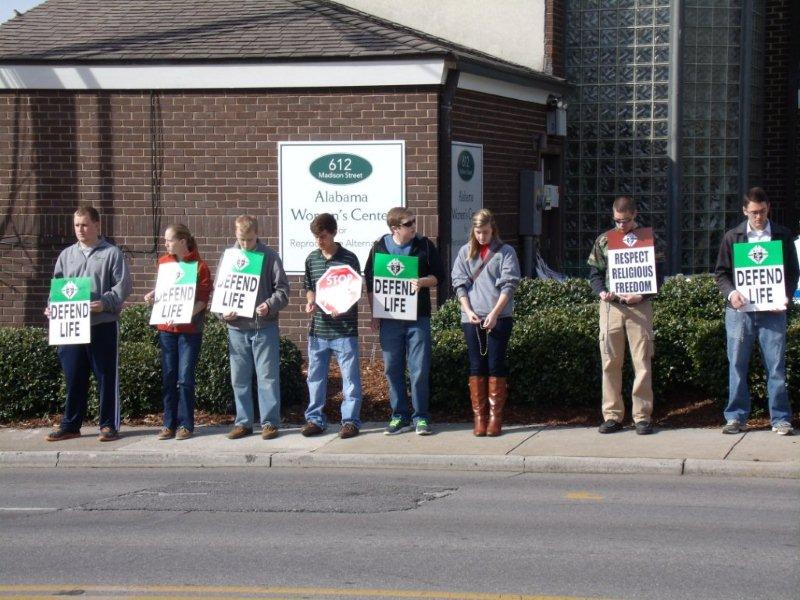 Defending abortion facilities with a long, long list of infractions, failures, and dangers to women.

Planned Parenthood and the American Civil Liberties Union filed a federal lawsuit on Tuesday challenging the Women’s Health and Safety Act, an Alabama law that will increase medical standards at abortion facilities by requiring them to meet the same building codes as ambulatory surgical centers and requiring abortionists to have admitting privileges at local hospitals.

Abortion facilities will have 180 days to comply with the new law, which will go into effect on July 1. There are five licensed abortion facilities in Alabama, all located in heavily populated areas near college campuses – Tuscaloosa, Birmingham, Montgomery, Huntsville, and Mobile. A sixth abortion center, New Woman All Women, is operating illegally, for which the state is pressing charges against its owner, “abortion queen” Diane Derzis; her secretary Patrick Smith; and abortionist Bruce Norman.

The lawsuit claims that the Planned Parenthood facilities in Birmingham and Mobile and the abortion center in Montgomery will be unable to comply with the new law, restricting women’s access to abortion. The lawsuit claims that requiring abortionists to have admitting privileges at a local hospital is medically unnecessary, despite the numerous women who have been hospitalized in Alabama as a result of complications from abortions.

Planned Parenthood and the ACLU are going to court on behalf of abortion centers that have a history of providing women with a very poor standard of care. The entire Alabama abortion industry has proven unsafe, unsanitary, and in desperate need of regulation.

Roberta Clark walked into the Birmingham Planned Parenthood on August 20, 2010, for what she thought would be a routine first-trimester abortion. An ultrasound exam was conducted by an unlicensed, untrained worker, who said indicated that Clark was eight weeks, four days pregnant with an intrauterine pregnancy, when in fact, the ultrasound indicated there was no baby in the womb. Umoran noted in Clark’s chart that he conducted a pelvic exam that he said concurred with the eight week, four day diagnosis.

…Clark was given a suction abortion, after which she continued to complain of nausea, vomiting, and pelvic pain. The pathology report that indicated no fetal parts were identified in the tissue specimen that had been submitted for inspection that same day. Clark was not informed of this nor is there a record of her receiving any follow-up care from Umoren or Planned Parenthood.

Twenty five days later, Clark was in a Birmingham hospital E.R. undergoing emergency surgery to save her life. Doctors removed her ruptured fallopian tube containing a 13-week fetus and placenta.

The Birmingham Planned Parenthood was put on probation in 2008 after Live Action documented the willingness of its employees to cover up statutory rape.

In January 2012, New Woman All Women sent three abortion patients to the hospital in one day. One of the women, who was bleeding and partially clothed, had to be hand-carried down steps to a gurney in a trash-filled alley.

In March 2012, the health department issued a 76-page deficiency report about the conditions at New Woman All Women and in April 2012, the health department announced that New Woman All Women had been ordered to surrender its license by no later than May 18, 2012.  The deficiencies included inadequately trained staff; failure to have policy and procedures related to medication errors and the administration of medications, which resulted in the hospitalization of three abortion patients, one of whom was placed in the ICU; no documentation indicating that Derzis’ two abortionists were even licensed to perform abortions; inadequate preparation and administration of drugs, which led to overdoses and inadequate pain management; and use of uninspected equipment. 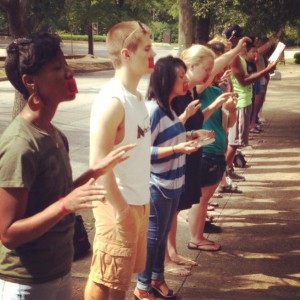 Derzis filed a motion to dismiss the case on the grounds that the Alabama Department of Public Health doesn’t have the jurisdiction to enforce health and safety regulations. She withdrew her motion on May 31, and Judge Joseph Boohaker ruled to expedite the hearing against New Woman All Women. It will be held on August 5.

The pro-life movement in Birmingham is very strong – it holds well-attended 40 Days for Life campaigns and has a Bound4LIFE chapter that regularly prays outside Planned Parenthood and New Woman All Women, and local activists, including a newly formed Students for Life group at the University of Alabama at Birmingham, are involved in numerous pro-life efforts.

The West Alabama Women’s Center is strategically located just down the street from The University of Alabama. Dr. Louis Payne, the facility’s lone abortionist, has admitting privileges at a local hospital. It is unclear whether the West Alabama Women’s Center will be able to comply with the building codes required by the Women’s Health and Safety Act; however, it hasn’t teamed up with Planned Parenthood and the ACLU to take the new law to court.

In 2013, the Alabama Department of Public Health found that the West Alabama Women’s Center failed  to meet its own sterility standards for hand-washing, glove usage, cleaning of supplies, and safe use of sharps containers. There were needles lying on the floor, a broken soap dispenser that made safe hand-washing impossible, and unlabeled syringes containing liquid. 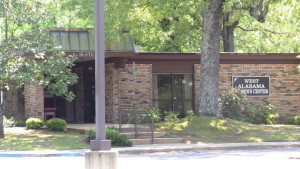 In 2011, the Alabama Department of Public Health found that West Alabama Women’s Center failed to follow its own policy for gestational age limits. The abortion center had aborted a baby who was just older than 20 weeks.

In 2010, the Alabama Department of Public Health issued a deficiency report revealing that the West Alabama Women’s Center had failed to have documented physician orders and records of who administered patient medication.

Tuscaloosa’s pro-life movement is gaining steady momentum. Bama Students for Life, the pro-life group at The University of Alabama, maintains a weekly presence outside the abortion facility; in the past year or so, more and more community members have begun praying and sidewalk-counseling throughout the week; and Tuscaloosa’s pregnancy resource center is closer to campus than the abortion business.

Reproductive Health Services has largely flown under the radar as New Woman All Women’s appalling conditions were revealed to the public. According to Alabama Physicians for Life, one of their abortionists is infamous Aqua-don Umoren, who also works at the Birmingham Planned Parenthood.

Montgomery was formerly home to the Beacon Women’s Center, an abortion facility that closed in 2006 after a nurse gave the abortion pill to a woman with high blood pressure who required medical attention. The state also found that the facility had improperly distributed controlled substances without proper physician authorization, failed to adhere to state ultrasound laws, and used unsterilized equipment. Nurses had failed to administer correct medication, and there were numerous other deficiencies. 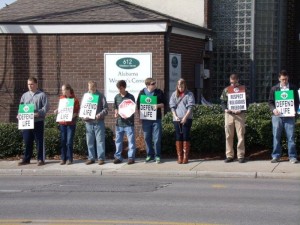 It is astounding that the abortion lobby maintains its claim that it seeks to protect “women’s health,” yet it insists that regulating abortion centers with shocking records of negligence, illegal activity, and blatant disregard for the basic dignity with which every woman deserves to be treated is somehow bad for women.

Let’s pray that in light of the horrors that the Gosnell trial revealed, true respect for women’s health prevails over the self-serving interests of Planned Parenthood and its abortion-loving ally the ACLU.