A pathetic showing by one of Planned Parenthood’s defenders to the contrary notwithstanding.

AddictingInfo.org blogger Stephen Foster recently tried to refute claims made by Pennsylvania representative Daryl Metcalfe about Planned Parenthood, titling the article “Pennsylvania Congressman Falsely Claims That Planned Parenthood Performs An Abortion ‘Every 95 Seconds.'” Sorry, Foster, but this assertion is accurate. I’ll break it down for you.

If you want to consider the numbers logically, though, we should assume a twelve-hour day instead of a twenty-four-hour one. This would mean that Planned Parenthood aborts a baby about every 48 seconds during the day.

Regarding Planned Parenthood’s abortion numbers, Metcalfe claimed that “Planned Parenthood performs an abortion every 95 seconds on 91 percent of all the pregnant mothers that walk through their doors. For every one adoption referral made by America’s largest abortion-on-demand provider, 391 babies are aborted. Each year, Planned Parenthood aborts more than 320,000 innocent lives and over 16,000 of those abortions occur in Pennsylvania.” 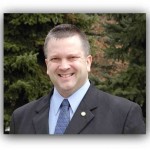 Metcalfe is claiming that 91% of all pregnant women who walk into Planned Parenthood get an abortion, but that is simply a lie.

No, it’s not a lie. According to their latest annual report, Planned Parenthood performed 329,445 abortions, provided prenatal care to 31,098 clients, and made 841 adoption referrals, for a total of 361,384 services specifically for pregnant women. Simple math: over 91% of pregnancy services Planned Parenthood provided to pregnant clients were abortion services.

Foster goes on to promote the “only 3% of Planned Parenthood’s services are abortions” claim, but I have a feeling he doesn’t realize that eleven percent of PP’s clients obtain abortions, nor that the one service PP claims to want to “prevent” garners the organization millions upon millions of dollars to make up nearly 15% of its overall billion-dollar income every year. PP’s own numbers prove it.