“A baby is not the worst thing that could ever happen to a rape victim — an abortion is.”

Maybe it is only a pinhole, but new light is being shed on the subject of the “rape exception” thanks to the Akin debacle. On the Piers Morgan show Tuesday night, the issues were compounded and cloudy, but a sliver of brightness, more of moonlight than of day, shone through. And the light that was being reflected was coming off of Rebecca Kiessling. 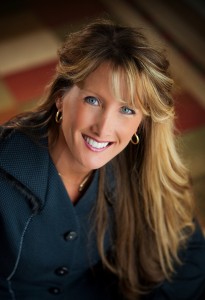 It was an epic battle, Kiessling said, of two female attorneys with similar stories but opposite views: Gloria Allred and Kiessling discussing the “rape exception” on abortion. (Morgan and Allred are pro-abortion, in any case.) Both women had survived back-alley abortions. Allred was raped and survived an abortion. Kiessling, whose mother was violently raped when she was conceived, survived two abortion attempts. She credits the law of Michigan at the time for protecting her life, and her mother is glad for that law today, too.

If you settled in to watch the debate hoping to be updated on the issues, you would have had to listen super fast. The hyperactivity of the show worked against any real hope of persuasion or education. Allred began with her opinion, and the flow of information came only when Kiessling began to talk…and then she was shamelessly interrupted.

With too much content and too little time, the stressful clock-ticking atmosphere and slow audio feed gave a natural advantage to Allred, who was in the studio and ready with her quick and hard-hitting sound bites: “Akin is a disgrace – back-alley abortions – mandatory motherhood – compulsory pregnancy.”

The frenetic-paced show contradicted the seriousness and dignity of a sensitive subject that requires some thought and time to absorb the words being used. What says false compassion better than rushed expressions of empathy, cramming too many “emotional” subjects into too few minutes, and interrupting people when they are about to make a point? The hectic atmosphere had the compassion of a boxing match, with the grace of  a wedding ceremony on fast-forward. Why can’t we slow down a second?

It is hard it get people to take a moment and look at the tiny person in the womb when surrounded by talk of rapists and abortion butchers. But that is not what it is like when a woman discovers that she is pregnant, even through rape. Having an abortion is violent. It provides no healing and no protection, and it does not change the fact that you have been raped.

Kiessling had facts: you may be surprised to know that “rape victims choose abortion at half the rate of your average unplanned pregnancy (50% in the U.S.). With rape victims, it’s only 15 -25% who abort[.]”

But just as we moved from opinion to focus on facts, both Morgan and Allred interrupted, saying the stats are mind-numbing, and while Morgan still insists that he has respect for Kiessling, we don’t get back to Kiessling’s train of thought. Allred heaps on fear, desperation, back-alley butchers, emotion, and the injustice of women being forced to raise children. Finally, they have a question for Kiessling: shouldn’t America stand for the basic right (to have an abortion) if one is desperate not to have a baby?

Allred then flipped to a diversionary tactic, saying that an embryo should not have the same rights as a full-grown woman. But we are moving fast here. For a second, that made sense, didn’t it? There is a logic failure, though. What same rights are we talking about? The right to abortion, or the right to life? The woman already has the right to life. The baby is not asking to take the woman’s life. A mother can give her child up to a new home. But most of the women don’t. Another stat Kiessling tried to fire off but was stopped…over 50% of rape victims raise their own children.

“You talk about how much you care about women. Well, what good is my right to anything as a woman if I don’t have my right to life?” asked Kiessling. Finally, there was a moment of dead quiet.

After the awkward silence, for those who need a constant level of noise, or the moment of calm for others who are not afraid of the eye of the storm, there was, after a flurry (if brashness can be said to flurry) of aggressive abortion-minded assertions, no answer to her question: “What good is my life?”

“There was nothing they could say to that,” Kiessling told me later, happy to have had that moment. “I pierced the darkness! Everything else is worthless without my right to life.”

It is tragically ironic. Kiessling reports, “Rape victims are four times more likely to die within the next year after (they have had an) abortion, from suicide, murder, drug overdose, etc.[.]” Kiessling wants rape victims to know she cares about them. “I want to protect them from the rapist,” she says, “and from the abortion, not the baby. A baby is not the worst thing that could ever happen to a rape victim — an abortion is. We need to educate the American public on the truth in this matter and not make public policy based on myth and misinformation.”