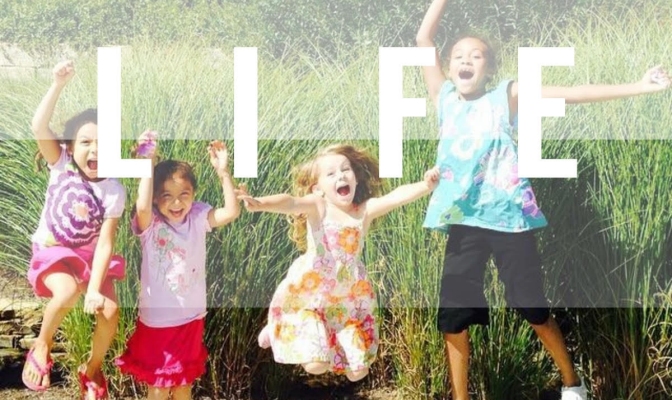 What started as a photographer’s inspired response to the recent undercover videos released by the Center for Medical Progress, has quickly turned into a viral social media campaign of tens of thousands of people uniting to acknowledge, honor, and celebrate the beauty of LIFE.

The Life Filter–the creation of Texas-based photographer Jess Barfield—was the spark that ignited the fire that would become the Stand for Life Movement.

“I have always held a strong conviction to stand against abortion,” Barfield says, “but when I saw these undercover videos, I felt inspired to respond in a different way.” After finalizing the simple design of the Life Filter and applying it to a photo of herself holding her newborn son, she shared it on her social media accounts. Within 24 hours, Jess—and a small team of photographers that she assembled to help—applied the filter by hand to over 2,000 individual photographs. But with their e-mail inboxes overflowing with requests, they enlisted the help of volunteers to help them create the online Life Filter photo developer and the movement’s new website—standforlifemovement.com.

Within the next 24 hours, over 16,000 pictures had been processed under the filter, and the hashtag #standforlife was trending on social media.

“I wanted to create something that would draw people together on this issue. I was growing tired of seeing all pro-life supporters referred to as “extremists,” and I wanted to put a different face on the movement—to change the abortion conversation. I wanted to show that most pro-life supporters are just normal, every-day people that say no to killing the most defenseless among us—our unborn children.” Barfield says. “As a movement, we want to gather stories about families who have chosen life, show grace towards individuals who have been hurt by abortion, and to share them in a way that displays the beauty of every human being given the chance at life.”

“We are a generation that responds to beauty—to creativity.” Barfield said. “The rapid spreading of this campaign is a testament to this, as is the response that we have received from people that are being touched by the photos. We have already received a number of messages from people that have shared stories of how they have been powerfully impacted by our message of life.”

“I just don’t think that anyone can fight this type of movement–we are simply celebrating life where we find it.” Barfield says. “But instead of arguing, or discussing the “what ifs” of the abortion conversation, we just want to share stories. We want to share examples of some of the beautiful lives that resulted from even the grimmest of situations–to encourage others to choose life no matter what the circumstance.”

It is the hope of the Stand for Life movement to offer pro-life supporters across all social media platforms a simple, non-combative, inspiring, and beautiful way to share their stance on Life with their friends and family. To join the movement visit standforlifemovement.com to apply the Life Filter to your photograph, and unite with other pro-lifers in sharing your story using the hashtag #standforlife.