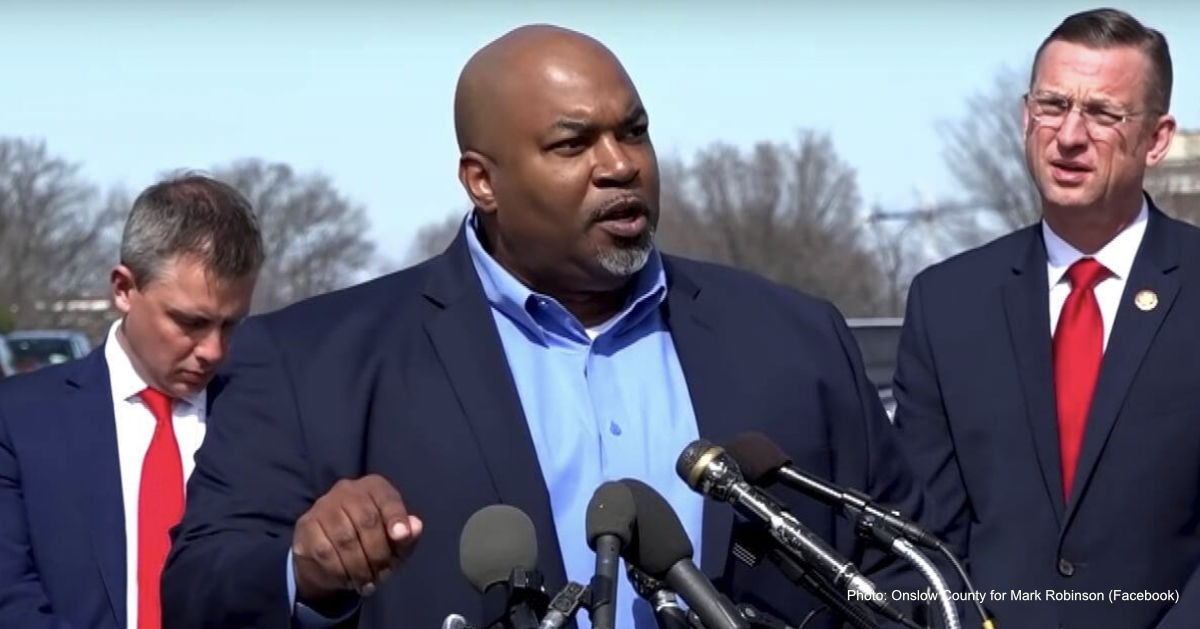 Abortion advocates are having a field day accusing North Carolina Lt. Governor Mark Robinson of hypocrisy over a 2012 social media admission that he once paid for an abortion, back in 1989.

Rachel Stein, a spokeswoman for the North Carolina Democratic Party said: “Everyone needs access to abortion, even Mark Robinson.” A Twitter user known as the-compassionate-independent wrote: “He fully admits that he paid for an abortion back in the 80’s that was his child. So, it’s good for me but not for thee (as usual).”

Nevermind that Robinson has expressed regret for having participated in abortion decades ago, and described his actions as “wrong.” Nevermind his March 24 video, in which he explicitly states that he and his wife are pro-life because their abortion —which they describe as “the wrong decision” — has caused them tremendous pain.

And nevermind the fact that there is a veritable post-abortive army within the pro-life movement who feel exactly the same way as the Robinsons. There is nothing unusual whatsoever about individuals becoming pro-life because they had negative experiences with abortion.

Pat Layton, author of the post-abortive healing guide Surrendering the Secret, is one example. Post-abortive women, like Serena Dyksen and Tori Shaw, can often be found at the helm of abortion recovery ministries. Some have founded counseling hotlines for women considering abortion or experiencing trauma as a result of their abortions, like Terri Baxter. Countless individuals working at pregnancy centers, as sidewalk advocates, or as moderators for social media support groups are post-abortive. Occasionally, former abortionists – like Dr. Anthony Levatino and Dr. Kathi Aultman (who had an abortion herself) – have changes of heart and rededicate their lives to ending the very practices that used to pay their bills.

Are these people hypocrites?

No, they are disillusioned veterans in the ugliest human rights battle of our times. They are people who have seen the horrors of abortion firsthand, recognized them for what they are, and had the courage to speak out about it.

It is not easy to admit that one has made as grave a mistake as participating in the killing of an innocent human being – it’s not easy to admit that to oneself, and certainly not to the entire world. But these people have done both. What do they gain from it? A lot of hate, harrassment, and sometimes even violence from abortion advocates… and the ability to face themselves in the mirror with a little bit less on their consciences.

Lt. Governor Mark Robinson’s haters are going to keep hating him, no matter what he says, but he will probably sleep peacefully in spite of them — because he has done everything he can to correct that painful mistake he and his wife made so long ago, and he continues to do everything in his power to deter others from falling into the same trap.

That is the exact opposite of hypocrisy – that is integrity defined.