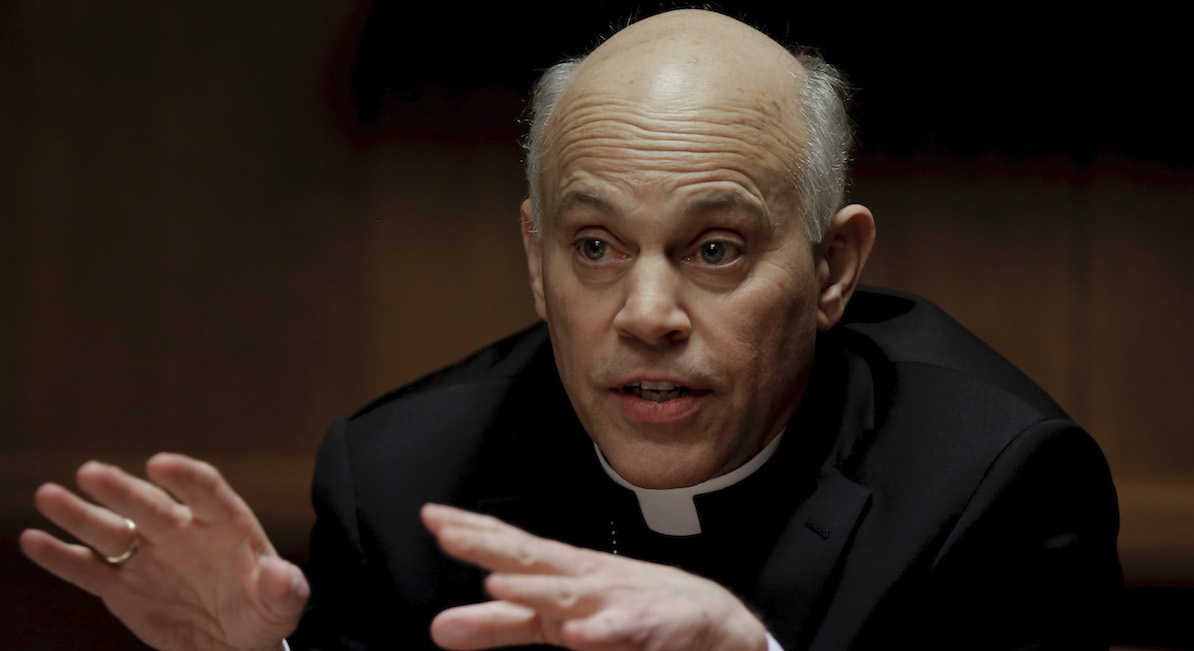 One Catholic Bishop has come out strongly against an abortion bill, and he’s not holding back, calling it “child sacrifice.”

Archbishop Salvatore Cordileone of San Francisco, issued a statement that many view as a rebuke of Nancy Pelosi, who hails from the Archbishop’s diocese.

The bill addressed in Cordileone’s statement is the “Women’s Health Protection Act” (HR 3755), which passed the House last week. The bill would recognize a “statutory right” to abortions, and would do away with conscience protections for health care workers who do not wish to participate in life-ending procedures.The bill would also prohibit almost any kind of limitation on abortion such as waiting periods and ultrasounds, and would prevent states from restricting abortion. Its political opponents have aptly labeled it the “Abortion on Demand Until Birth Act.”

The Archbishop did not mince words. “Any reasonable person with a basic sense of morality and inkling of decency cannot but shudder in horror at such a heinous evil being codified in law,” he said. “It is especially shameful that any self-professed Catholic would be implicated in such an evil, let alone advocate for it. […] This proposed legislation is nothing short of child sacrifice, and clearly in reaction, among other things, to the recently passed Texas Heartbeat bill.  […] Indeed, HR 3755 is surely the type of legislation one would expect from a devout Satanist, not a devout Catholic.”

House Speaker Nancy Pelosi announced the vote on the bill shortly after the Texas Heartbeat Act came into force at the beginning of September, and delivered remarks in support of the bill.

Pelosi has many times spoken “as a Catholic” while opposing the Catholic Church’s belief in the sanctity of life from conception to natural death. According to the Catechism of the Catholic Church, the Church teaches that abortion, the intentional taking of the life of a preborn baby, is “gravely contrary to the moral law,” a teaching which “has not changed and remains unchangeable.”

Pope Francis has likewise recently made the teaching of the church clear, reiterating a point earlier this month that he initially raised in 2018 — namely, that procuring an abortion is akin to hiring a hitman. “It’s a homicide,” he said, according to The Pillar. “No middle terms. Whomever does an abortion, kills.” Cordileone referenced these remarks in his statement.

But in spite of her bishop’s highly publicized statements, Pelosi responded with nonchalance when asked about his remarks regarding the killing of innocent human beings. “It’s not our business how other people choose the size and timing of their families,” Pelosi said to reporters, according to Newsweek. “What business is it of any of us to tell anyone else what to do?”

According to Reuters, the legislation is unlikely to pass the Senate, but abortion advocates in Congress are likely to remain undeterred in their attempts to codify Roe v. Wade into federal law.