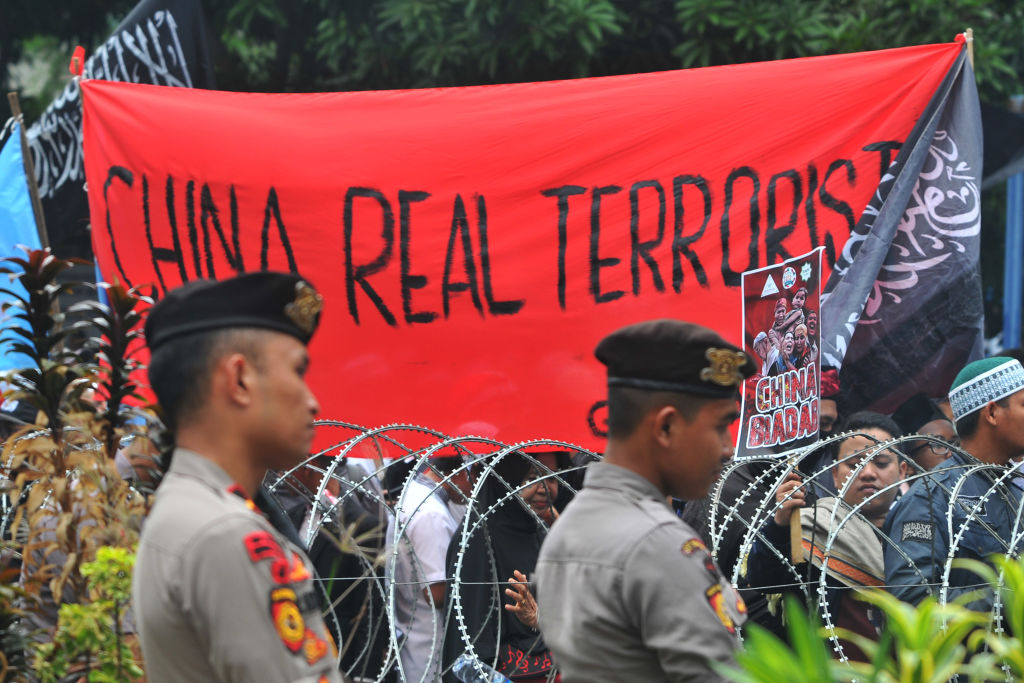 A “people’s tribunal” that took place earlier this month in London revealed horrific new details into the genocide against Uighur Muslims in China, including infanticide and forced abortions. A nine-member panel, chaired by human rights lawyer Geoffrey Nice, met from June 5-7, even as the International Criminal Court said it would not investigate.

One of the most notable testimonies was from Shemsinur Abdighafur, a former nurse who eventually became a doctor in Uighur traditional medicine. She left China for Turkey in 2010, in fear for her life, and told the panel about repeatedly witnessing forced abortions and the murder of newborns.

“In my time working in hospitals, we could sometimes hear that some babies were born, and they started crying and from this we knew they were alive,” she said. “But we knew all babies would be given the injection so we knew they would die before they got home.”

She also spoke of hiding a friend who was pregnant illegally, only for Chinese authorities to detain both of them. They were taken to a hospital, but Abdighafur was able to persuade Uighur doctors to allow her friend to deliver her baby at seven months rather than be forced into an abortion. They were able to escape, but because the infant didn’t receive the care needed for a premature baby, the child only lived for four short hours after birth. 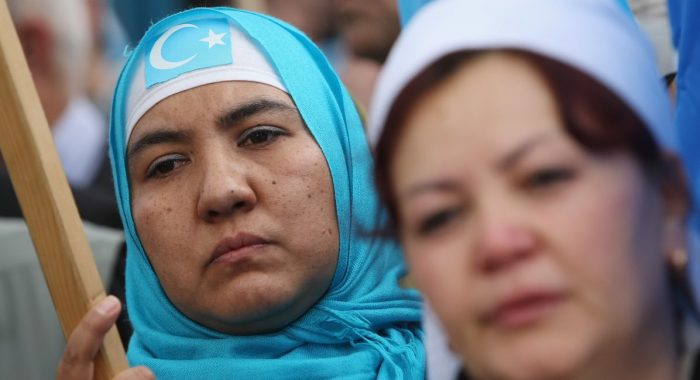 A Muslim woman wears an East Turkistan flag at a demonstration by ethnic Uighurs and other protesters against suppression of Uighurs in China near the Chinese embassy on July 10, 2009 in Berlin, Germany. (Photo by Sean Gallup/Getty Images)

Abdighafur said she regularly hid pregnant women in her home or would find other safe houses for them. She and other Uighur medical professionals would try to subtly subvert forced abortions and infanticide, but eventually, Chinese authorities caught on and replaced them with Chinese doctors. She was then transferred to a post-natal department, where the horrors continued.

“If any women got injected with this (drug) the baby died,” she said. “The syringe and the needle are very long, and it is directly injected into the womb. When they put the needle in, they see if a liquid comes out, if it does it confirms it is in the right place. I witnessed the injection being done. It was done daily.”

Her own sister-in-law fled to a larger town, hoping to blend in and keep her twin pregnancy a secret. However, she was still caught and given the fatal drug — which killed not only the twin babies, but Abdighafur’s sister-in-law as well.

Abdighafur also alleged there was a quota doctors had to meet for performing hysterectomies, giving an example of her time working in the mother and childcare unit in Hotan, where 75% of women had their wombs forcibly removed.

During questioning, she was asked about ethical standards in Chinese hospitals, particularly involving killing newborn babies. But Abdighafur said Chinese government edicts overrode hospital standards. “When it comes to family planning, that is a completely separate government department and they have higher powers,” she said. “We cannot change their standards. Ethics are just ink and a piece of paper when it comes to birth control.”

In addition to Abdighafur’s testimony, others spoke about concentration camps, forced labor, torture, rape, forced sterilization, forced separation of children from their parents, destruction of cultural and religious heritage, and organ harvesting by Chinese authorities against Uighurs. One person who testified was a former Chinese police officer who had been stationed in Xinjiang, and had since fled to Germany. Wang Leizhan testified that police regularly arrested Uighurs, who would then be tortured into false confessions so they could be forced into concentration camps. “When I arrived and I went on my round, we arrested around 300,000 Uyghurs,” he said, adding that in some cases, entire villages were forced into concentration camps. “The reason for these arrests included that they might have had a knife at home or because they were showing their cultural identity, or they were somehow considered to have a different ideology.”

Amnesty International has since condemned China for its genocide against the Uighur people, while the Chinese government continues to deny any human rights abuses are taking place.