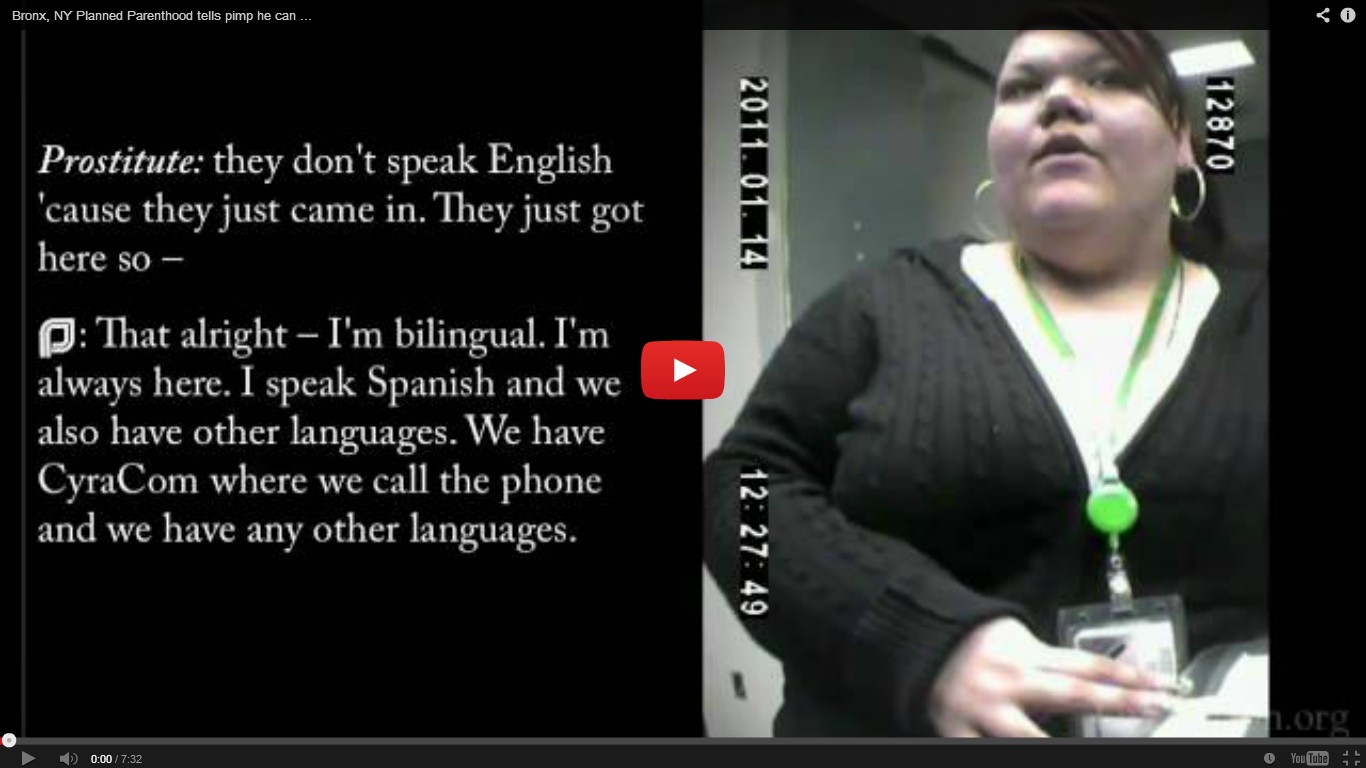 Live Action: “An institutional crisis has engulfed the highest levels of Planned Parenthood”

“It is utterly disgusting that Planned Parenthood’s response to this is that their employee reacted ‘professionally,’” said Live Action President Lila Rose.  “The only acceptable response to encountering a self-identified sex-trafficker of underage girls is zero tolerance.

The only ‘professional’ response is to immediately call law enforcement to the scene and push for an arrest. Our investigation – and  their response – continues to show that an institutional crisis has engulfed the highest levels of Planned Parenthood. If you’re a sex-trafficker of minors or young women, you have a partner in Planned Parenthood. But if you are a minor or a young woman, you are not safe at Planned Parenthood clinics,” Rose continued.

The footage shows a man who identifies himself as a pimp working with underage girls. He seeks assistance for getting abortions, STD testing and birth control for girls he “manages” as sex workers, who are from out of the country and as young as 14 to 15 years old. The investigation continues to unearth alarming evidence that Planned Parenthood, which receives more than $350 million from the American taxpayer every year, is willing to facilitate the sexual exploitation of minors and young women.

“Today, we are sending Attorney General Cuccinelli and Virginia law enforcement officials new, disturbing footage from three Virginia clinics. The footage explicitly shows Planned Parenthood staff willing to engage in activity that sexually exploits minors and young women. The evidence continues to mount, and shows a clear pattern where Planned Parenthood is willing aid and abet the sex-trafficking industry. These are abhorrent practices and it is time Planned Parenthood be held accountable,” Rose said.

Findings in these Virginia videos:

• Falls Church – Abortions for underage girls from other countries only require a photo ID.

Planned Parenthood staffer: “We don’t necessarily look at the legal status, like I said. Abortion appointments do require photo ID. It’s nothing as far as records. It’s just photo ID that’s ever going to be required.”

Planned Parenthood staffer: “From the age of 12 up, for birth control, you can just come in and do that. You don’t have to have a parent, OK?”

Planned Parenthood staffer discussing STD testing: “And the thing is, see this is the thing a lot of people don’t know that. . .Right, through the Health Department.  And so, they’ll uh, they’ll track it. And they’re discreet.  They’re confidential.  They, you know, don’t tell people what’s going on, because – frankly – it’s nobody’s business.”

• Charlottesville – Birth control and testing for STDs and pregnancy for underage girls with no questions asked.

Planned Parenthood staffer: “Anybody here can help you. Everything here is confidential. We can’t give any information out.”