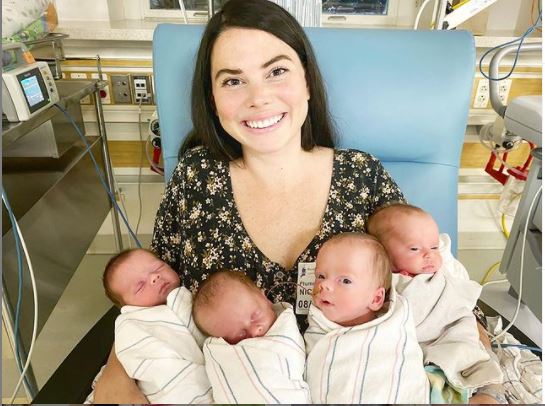 In just over three years, Maxine and Jake Young have gone from having no children to having nine. After suffering two miscarriages and facing a polycystic ovarian syndrome diagnosis, the couple decided to pursue adoption through foster care. From there everything changed — quickly.

“We didn’t plan to have this large of a family,” Maxine told PEOPLE (the TV Show!). “But it just seems like these babies are meant to be.”

Maxine said she had always wanted to foster and adopt, and she and Jake discussed the idea even before they got married and suffered miscarriages. In July of 2017, the couple welcomed three siblings from foster care into their home and family. A month later, the siblings’ infant sister joined them. It was shortly after that they learned they were pregnant through intrauterine insemination and they welcomed a son in October 2018. After the rights of their foster children’s biological parents were terminated and the couple finalized the adoption of the four siblings, they had gone from zero to five children in about a year and a half. 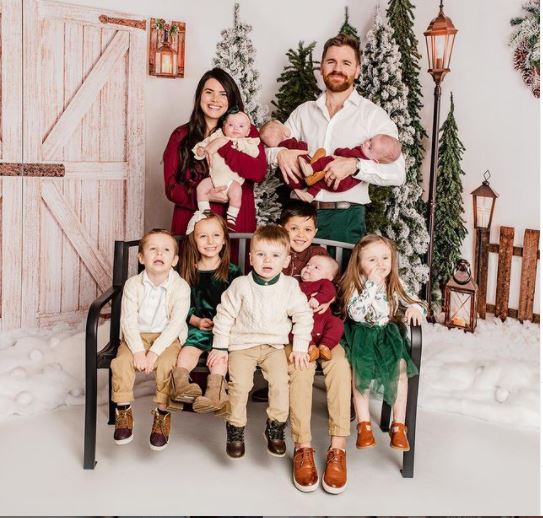 “Obviously, the goal of foster care is reunification, so you always try to support that — and we did — but it’s so hard because you fall in love with the kids,” said Maxine. “When all the visits stopped, it was basically like we were already a family, so we knew it was going to go adoption.”

Maxine said on Instagram that becoming their mom was the “most meaningful and fulfilling role of my lifetime.” But it was what happened next that really surprised everyone. 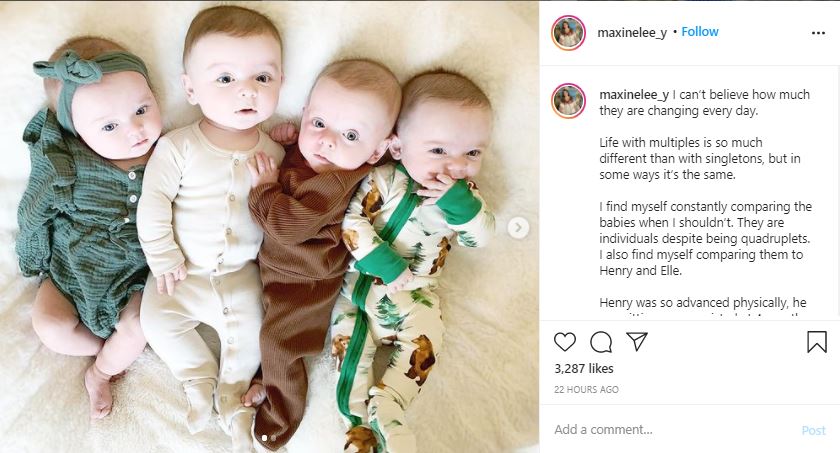 At 21 weeks, Maxine had a cerclage placed due to a shortened cervix and on July 31, she gave birth to all four babies via C-section at 32 weeks gestation. They are all doing well.

“Meeting the babies was an indescribable moment,” Maxine wrote on Facebook. “All of the struggles from the past few months were immediately forgotten… in that moment, everything we have been through was worth it.”