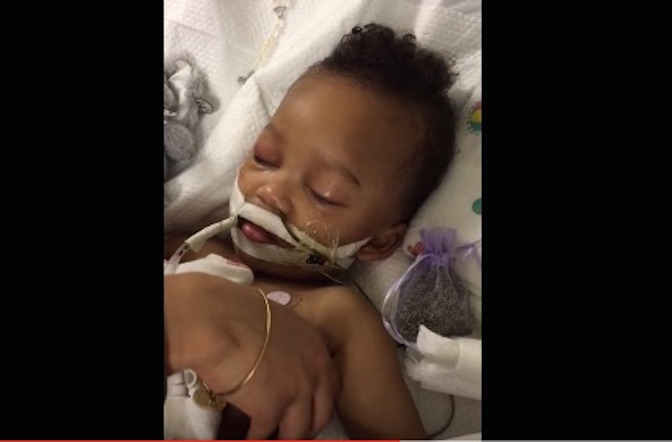 The parents of two-year-old Israel Stinson, who was declared brain-dead, filed an emergency appeal with the 9th U.S. Circuit Court of Appeals on Tuesday to keep their son on life support after a court-ordered extension expires on Friday.

As Live Action previously reported, Israel was rushed to the emergency room during an asthma attack on April 1. He was quickly transferred to UC Davis Medical Center to receive care, where he was listed as stable. His parents were told he would likely go home the next day, however that never happened. Israel began wheezing and gasping for air, and then went into cardiac arrest. The two-year-old was declared brain-dead 40 minutes later when CPR was unsuccessful. Screenshot of Israel via KCRA 3

On April 6, after being placed on life support, doctors told his parents that Israel’s heart and lungs were functioning on their own. Six days later, Israel was transferred to Kaiser Permanente Roseville Medical Center, where his parents were again told that Israel was brain-dead, and that the hospital would be removing life support.

The couple, also parents to a one-year-old girl, filed a petition in the state court for the hospital to be ordered to give Israel more time to heal. On May 13, U.S. District Judge Kimberly J. Mueller ruled that the hospital can remove the ventilator, but that life support would be extended until May 20, allowing the family time to file an emergency appeal, and find a long-term care facility for Israel.

“He’s alive, he’s definitely alive,” Jonee Fonseca, Israel’s mother, told CBS Sacramento. “Now not only is he responding to our touch and our voice, but I’ve seen him take breaths off the ventilator, it’s a very hopeful and good feeling.”

Neonatologist Dr. Paul Byrne told CBS Sacramento that he believes Israel could recover with proper treatment and that there must be a doctor somewhere in the United States that is willing to treat the boy. Israel’s father, Nate Stinson, has said he has not lost hope and that he believes God is with them.

Life-flight transportation is ready to moved Israel once a new facility has been secured. All his family wants is more time to find that facility.

“If Kaiser is wrong and Israel is not brain dead, then disconnecting life support on Friday at the close of business will be an error that is irrevocable,” Fonseca’s attorneys wrote in their appeal.