On July 15, Luis Licea posted videos and photos on Facebook in a desperate appeal for help to save the life of his baby boy, Dezmen (nicknamed Dezi), born on June 26, 2017.

“Don’t let them put my baby to sleep forever,” Licea pleads. “I know there is someone out there in this world that can help him….” Licea goes on to name Dezi’s condition — Total Anomalous Pulmonary Venous Return (TAPVR), a birth defect which Cincinnati Children’s Hospital describes as “a rare congenital malformation in which all four pulmonary veins do not connect normally to the left atrium.” Nicklaus Children’s Hospital in Miami also notes “that the heart overworks and the body does not get the blood (and the amount of blood with oxygen) that it needs. The condition can be quite deadly in many instances.” Licea writes on Facebook, “[Dezi] is currently on ecmo life support we are in CALIFORNIA. we have reached out to some hospitals. But still no hope. I’m not giving up….”

Dezi’s story, and the situation he and his family are in, may remind readers of Charlie Gard. Charlie was a British baby boy with a very rare mitochondrial depletion syndrome who passed away after his parents endured legal fights, setbacks, and wasted time because Charlie’s hospital would not release him for experimental treatment in the United States. Charlie died in a hospice just a few days after his parents, Chris Gard and Connie Yates, gave up their legal fight to spend what time they had left with their son at home. But Charlie’s story lives on, bringing awareness of the value of human life.

In both Charlie’s and Dezi’s cases, hospitals, which are supposed to provide medical care, especially to the most innocent and defenseless, seem to have suggested that infants with health struggles are not worth saving. But Charlie was worth saving, and so is little Dezi.

Dezi’s father, Luis, told Live Action News that he, his wife Alicia, and their family are determined to ensure that little Dezi is able to remain strong and fighting. Dezi has fought infection, has been on life support, and has endured transfers and hours-long surgeries. He will need a heart transplant very soon, and the family is hoping for a #heart4dezi. 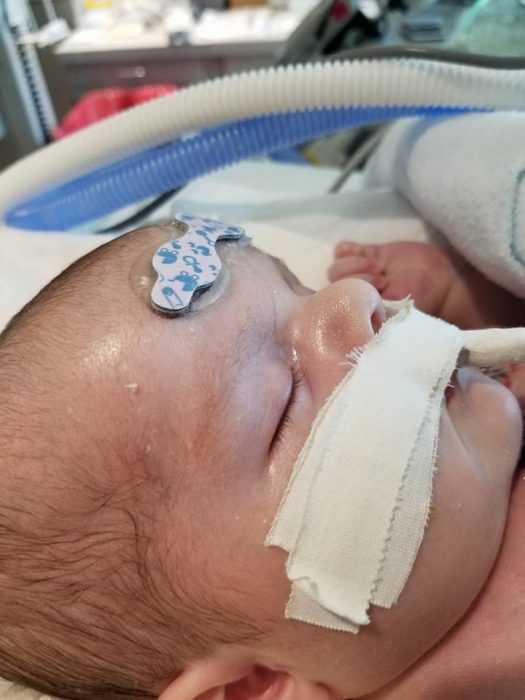 Dezi was transferred from a hospital in Bakersfield to Valley Children’s Hospital in Madera, California, but Valley was unable to do more for him. Despite setbacks, Dezi fought his infection and has improved. The family appealed to various hospitals to admit Dezi, but were refused due to Dezi being considered “high risk.” However, on August 1, the family received the news that Nicklaus Children’s Hospital in Miami, Florida, has agreed to admit their little boy. No doubt Luis and Alicia’s persistence paid off. 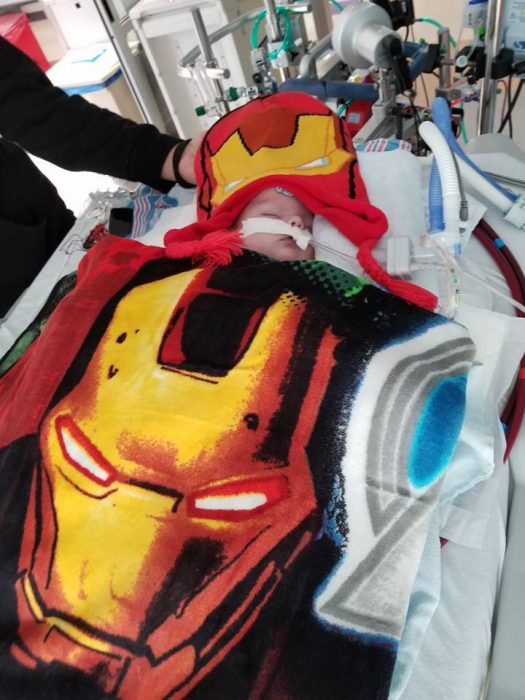 While the acceptance is welcome news, there are still other issues at play, like medical expenses, transportation, and follow-up care for Dezi, as his new hospital is in Florida. But Luis and Alicia are determined and encouraged, and grateful for the efforts to help their son.

Luis’s Facebook page is full of pictures and videos of Dezi, several with updates about his progress. Many people have come together, including those whom Luis and Alicia have never met, to offer prayers and suggestions, and to raise awareness and funds for the family’s expenses.

A Go Fund Me page has raised over $20,000 for the family as of August 3. Luis emphasized to Live Action News how thankful he is to those who have donated any amount. One Facebook user has also created a t-shirt fundraiser for Dezi. The goal is for 100 people to purchase #heart4dezi t-shirts by August 16.

As Luis reminded Live Action News, Dezi has still been fighting after all this time, even longer than doctors have expected. His parents are fighters, too, and are committed to seeing that their son gets every possible chance at life.