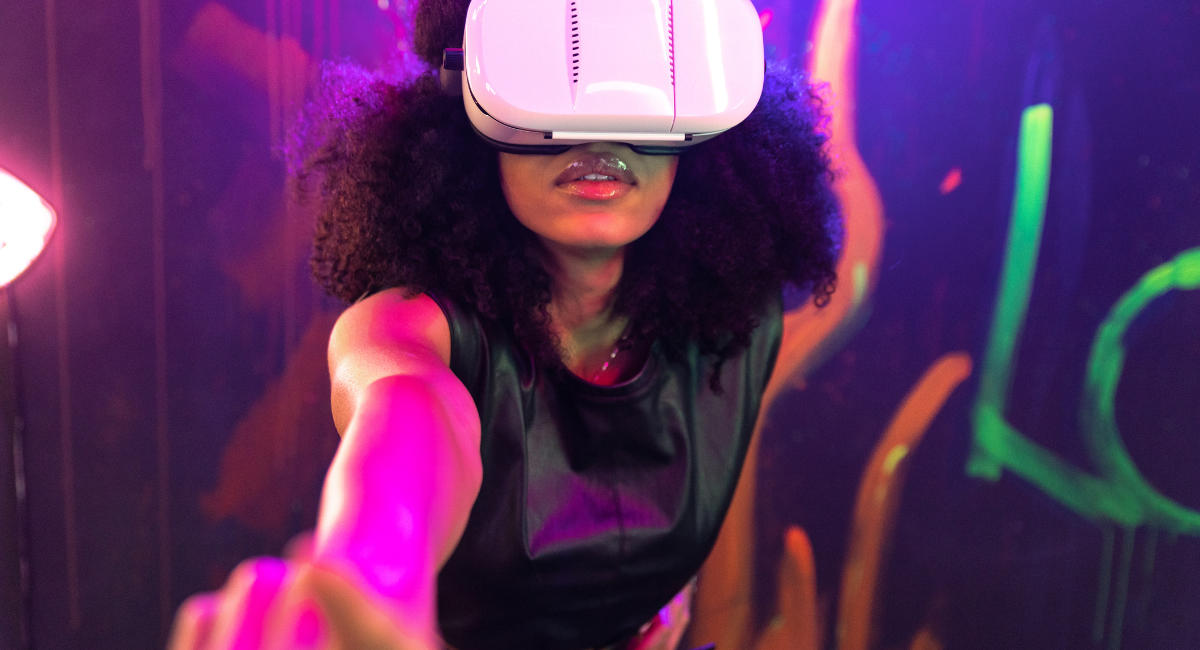 The overpopulation myth has continued to spread, as people worry that climate change and human reproduction will destroy the planet. More and more people are openly joining the child-free movement, but it hasn’t kept people from still feeling the need to have children of their own. The answer, some claim, is virtual children.

Catriona Campbell, a behavioral psychologist and an authority in human-computer interaction (HCI), has written a book claiming the future will consist of “Tamagotchi” children, named after the popular toy used by tweens in the late 90s.

“Virtual children may seem like a giant leap from where we are now, but within 50 years technology will have advanced to such an extent that babies which exist in the metaverse are indistinct from those in the real world,” she wrote in her book, AI by Design: A Plan For Living With Artificial Intelligence. “As the metaverse evolves, I can see virtual children becoming an accepted and fully embraced part of society in much of the developed world.”

According to Campbell, these “environmentally friendly” children will only exist on the internet, but will grow in real time and “come alive” when parents log on. So-called parents would use augmented reality (AR) glasses and haptic “touch-sensitive” gloves to see, feel, and interact with their virtual children. Campbell suggested making the virtual children available through a Netflix-style subscription service.

“We’re already well on our way to creating the Tamagotchi generation which, for all intents and purposes, will be ‘real’ to their parents,” she argued. “On the basis that consumer demand is there, which I think it will be, AI children will become widely available for a relatively small monthly fee. Make no mistake that this development, should it indeed take place, is a technological game-changer which, if managed correctly, could help us solve some of today’s most pressing issues, including overpopulation.”

READ: ‘Stop Having Kids’ movement spreads across the US, calling for an end to human reproduction

While it is a widespread belief that the world’s population is growing too fast, the reality is the opposite. Almost half of the world’s countries are below replacement rate, meaning the population is declining, not growing. This is despite a Yale Global report showing that only six countries were below replacement rate just 50 short years ago. In the United States specifically, deaths are at a record high, while births are at their lowest rate since 1986. The population growth is at its lowest in over 100 years… and the only reason it was so low 100 years ago was the Spanish Flu pandemic.

Japan serves as an example of what happens when the population is declining too quickly. Often described as a “demographic time bomb,” Japan’s low fertility rates are a warning to the rest of the world: villages are disappearing as the elderly die, and meanwhile, young people struggle to find work. The elderly that are left have no one to care for them.

Low population rates have devastating consequences. When there are more elderly people than there are young, the economy suffers, social net programs are strained, and there aren’t enough young people to care for the elderly as they age. As much of the world moves toward embracing assisted suicide, this is an even more deadly scenario.

Meanwhile, Campbell’s suggestion of making a new “Tamagotchi” generation is yet another example of the commodification of children. Rather than seeing children as independent human beings with their own intrinsic value and worth, much of the world sees them as products to which adults are owed if they want to be parents. It’s hard to imagine that virtual children will do anything but add to the commercialization of parenting.