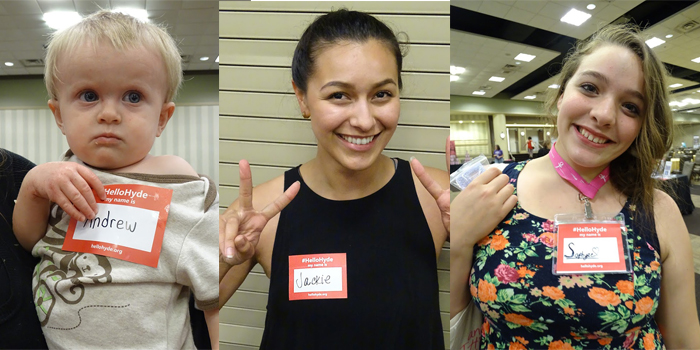 Over 1 million Americans have been protected from abortion as a result of the Hyde Amendment –a rider to the federal budget that prohibits federal funding for abortion through Medicaid. Enacted in 1976 and approved by bipartisan support every year since then, the Hyde Amendment is helping to preserve and defend the lives of low-income Americans.

In its almost 40-year legacy, the Hyde Amendment has protected Americans who now have a chance at life because of a provision almost as old as Roe v. Wade, the 1973 U.S. Supreme Court ruling that legalized abortion.

Pro-lifers have launched the Hello Hyde initiative, which celebrates the many lives saved by the long-standing legislation. Gina Mallica, a spokesperson for Hello Hyde, was born through the Medicaid program to a pro-life mother. “I received Medicaid care as a baby, so the Hyde Amendment is incredibly important to me,” Mallica said. “Low-income children deserve a chance at life, not a government-subsidized death.”

Stargift Thomas, who also represents the campaign, was born in 1991 and was supported by Medicaid. Thomas says she owes her life to Hyde. “For forty years, the Hyde Amendment has affirmed that lives like mine are worth living,” Thomas said.

The Hello Hyde initiative is urging for the preservation of the Hyde Amendment from attacks by the abortion industry. It is also calling for the expansion of legislation to protect children in every state, as well as for babies conceived through sexual violence.

Recently, the Democratic Party drafted a platform that includes language calling for the full-fledged federal funding of elective abortions. To do this would mean the complete repeal of Hyde.

“This platform’s language just says [to pro-lifers] you are no longer welcome,” she said. “This has been the general message pro-life Democrats are receiving across the country.”

The Hyde Amendment will celebrate its 40th anniversary on September 30, 2016.