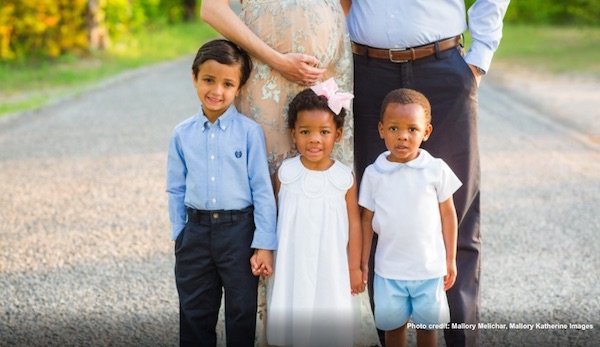 Modern adoption is still burdened with stigmas. Adoption myths are all too prevalent. In honor of National Adoption Day, I’d like to expose some of those stigmas, and hopefully, inform those who are considering adopting, as well as those who are weighing the decision about whether to place their precious children with adoptive families.

Here are three of the top adoption myths…

Myth #1: Giving the gift of adoption is harder than having an abortion.

There are real statistics on women suffering after their abortion. Women who have an abortion are three times more likely than women of childbearing age in the general population to commit suicide. Teen girls are up to ten times more likely to attempt suicide then their peers who have not had an abortion. About 45 percent of women who have had an abortion report having suicidal feelings immediately following their procedure. Data from 1995 suggests that the rate of deliberate self-harm is 70 percent higher after abortion than after childbirth.

As a nine-year volunteer at a pregnancy center, I’ve heard countless women in crisis initially say to me that they would rather have an abortion and terminate the life of their unborn baby (if they weren’t parenting) over giving the gift of adoption to a waiting family. It renders me speechless each time until I remember that they may not know what post-abortion mental health looks like. They need education and life-giving resources, and information on the life options that already exist for them and their unborn babies. They also may not know what the adoption support process can look like. Another adoption myth is that support is not readily available to craft the adoption a birth mother wants.

Many women don’t know that they have choices when it comes to what their adoption looks like. Upon calling the adoption agency of her choice (from information given upon request at a pregnancy center), a woman can talk to her very own advocate — a birth mother counselor. She is able to talk about her fears, questions, and situations over the phone with this counselor. A meeting is then set with the counselor, who serves as her constant advocate throughout the journey, where she will decide what kind of adoption plan she would like—open, closed, partially open, etc. Then, the most comforting part is that she gets to look through albums of different prospective adoptive families who are longing for a child — to see their faces in pictures, read their bios, their loves, their lives, and decide who she would like to meet and interview (if she wishes) for her baby. Some mothers choose families just by the album instead of directly meeting the prospective adoptive family. Others like to meet potential families and decide on a family after an interview.

While abortion ends in only one outcome and much suffering, giving the gift of adoption begins with life and continues to bring peace of mind and life to all those involved.

Myth #2: Adoption is too expensive.

It’s true that international adoptions can average anywhere from $18,000-40,000. But what if I told you that you could adopt a waiting child in America anywhere from $200 to $8,000 on average, from a public state agency?

With international adoption, those costs include licensed agency fees, plane flights, food, hotel stays, and multiple trip visits to the country where your chosen child resides. (China and Ethiopia are top trending countries from which Americans adopt.) While those costs are wildly high, unique grants and private scholarships can help adoptive families. It is not out of the ordinary for a couple applying for all of the grants to come close to raising most of their adoption funds. While it is common to see couples raising money for their adoption funds through creative means such as selling t-shirts or a product they are making, applying for an adoption grant or a private scholarship is another great way to get to your adoption goal.

Myth #3: I won’t be able to love an adopted child as much as my biological child.

So far, I’m a mother to three adopted children and one biological baby, and I can tell you that this adoption myth is as ridiculous as the worry that a parent won’t have enough love for a second child after their first. It just isn’t true.

Your love for each child, whether biological or adopted, will be as unique as the children themselves. You will bond in different ways with each and enjoy them for different reasons. In this same way, each child will have a different set of challenges and different emotional needs. Is parenting hard and challenging? Of course. But I feel the same overwhelming love for each of them. And it never fails to shock me when strangers in the grocery store ask, “Are they all yours?” Because as strange as this sounds, considering three of my children look nothing like my ethnicity, I sometimes forget they didn’t all come from my womb. But, yes, they are ALL mine and are all loved abundantly in countless ways.

For continued questions you may have, have lunch with an experienced adoptive parent, meet with your local adoption agency, or call a family adoption lawyer.

My prayer is that you would understand the truth behind adoption and reject modern adoption myths. I pray you would open your heart to the gift of adoption in all forms, whether deciding to make the beautiful choice of life when faced with an unplanned pregnancy, or to be a forever family for a child who needs one in our world, today.