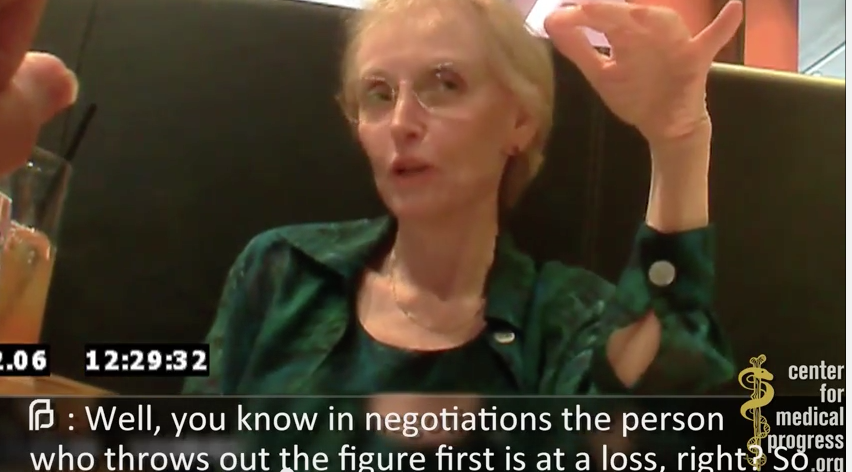 The morning is etched in my mind much like historic events such as assassinations and space shuttle explosions. I woke up groggy that Tuesday morning, as I reflexively opened Facebook and saw the first video. In seconds, I was alert, processing what I was seeing. Someone had finally shown the irrefutable truth about Planned Parenthood. In awe, I cried with relief. The end was near.

But it wasn’t. And it’s with sad reflection I’ve often viewed the last year, knowing that a gullible media, a gullible people, have been persuaded by the rhetoric of a rich abortion giant.

“This might really be it!” I exclaimed repeatedly in my journal last July, perhaps with a naïve gullibility of my own. I had faith for a moment that, instantly, these videos, verified by experts, complete with fully unedited versions available, would be the bay window in which Americans viewed the the tide turn toward truth.

It was like a tidal wave instead. States defunded Planned Parenthood—and courts made them fund the abortion chain anyway. States investigated Planned Parenthood—suddenly finding ‘no wrongdoing.’ All of Congress historically voted to defund the abortion chain, but a pro-abortion president vetoed the bill. It was like Cecile Richards and her abortion mob had tentacles that reached from the courthouse to the state house to the White House.

As the videos kept coming, I waited for people to wake up, but instead many seemed to grow dull and listless. Pro-lifers told me, “I just can’t watch them.” Pastors refused to speak about the “political” issue of abortion. I queried my hundreds of Facebook friends, “How many of your pastors have talked about the videos or abortion?” One. Only one said hers had talked about them.

It was a window of opportunity like we’d never had. And while Democratic politicians were pretending it wasn’t happening, the church was closing its eyes because it was too ugly and might hurt people.

So instead many remained in their complicit and culpable states, aiding and abetting in abortion, despite hours of evidence they now could see.

But in the darkness, lights began to radiate. James Lankford, a freshman senator from Oklahoma, rocked the boat with his condemnation of the atrocities in the videos. Ted Cruz, then a presidential candidate, spoke loudly against the crimes he saw before him. Still others used their power of social media to post articles and videos and take a stand against the evil. Slowly, but consistently, the remnant rose. And the fact remains—states that had looked the other way suddenly investigated the abortion chain. Many defunded it. The jig was up and the emperor was naked.

And while a year later dawns a bit more darkly as the abortion giant receives its millions of dollars without interruption, and its President Cecile Richards glows from her dark desk, the remnant has not closed its mouth.

And we won’t. You see, we do not back down, give in or give up when each day the very lives of thousands of human beings are snuffed out, often to become a part of medical experimentation. A determined remnant is the abortion industry’s worst nightmare, for we are like the Danish Resistance in World War II, immovable by threats, committed to ending the atrocities committed in the name of research and power.

As I wake up today remembering that hopeful shock a year ago, I realize that while the road is a bit longer than it seemed last July 14, it’s not blocked off, no matter what Planned Parenthood would have us think. I will work myself out of a job because abortion will end.

America, we have seen the truth, and we can never say we didn’t.

Speak up for those who cannot speak for themselves;
ensure justice for those being crushed.
Yes, speak up for the poor and helpless,
and see that they get justice. –Proverbs 31:8-9