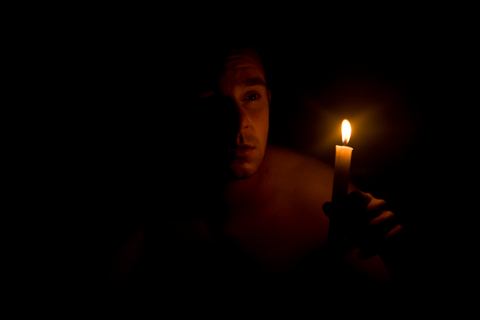 Throughout the ages, dark forces all over the globe have advanced one single argument, an argument which has resulted in the torment and death of millions of human beings. The contours of this argument are adjusted to fit the particular historical setting in which the argument is introduced, but the basic form of the argument remains unchanged: certain human beings are intrinsically less valuable than other human beings and may therefore be exploited or exterminated.

Neither the class of persons who had been imported as slaves nor their descendants, whether they had become free or not, were then acknowledged as a part of the people nor intended to be included in the general words used in [the Declaration of Independence]….They had for more than a century before been regarded as beings of an inferior order…and so far inferior that they had no rights which the white man was bound to respect…[They were] bought and sold and treated as an ordinary article of merchandise.

There are still Jewish lackeys today who attempt to disrupt our storm attack on the Jewish world rulers, trying to stop us or even cause us to fall. The following hints show how one can reply to these arguments by our opponents, or even turn their arguments against them….

Argument 7: “The Jew is a human being too!” — Counterargument: “Of course the Jew is a human being too. None of us has ever doubted it. But a flea is also an animal. But not a very pleasant one. Since a flea is not a pleasant animal, we have no duty to protect and defend it, to take care of it so that it can bite and torment and torture us. Rather, we make it harmless. It is the same with the Jews.”

Argument 8: “Everything with a human face is equal.” — Counterargument: “Thirteen years ago, the ‘Stürmer’ carried a cartoon. In it, a miserable pig looked up from his sty to a royal lion. ‘Everything with an animal face is equal!’ But what did the lion growl in reply? ‘That’s what you swine would like to think!'”

Both a fetus and a newborn certainly are human beings and potential persons, but neither is a ‘person’ in the sense of ‘subject of a moral right to life’….Merely being human is not in itself a reason for ascribing someone a right to life.

This one single argument is really quite strong. By any criterion that can be empirically measured, human beings are not equal. Some are strong; some are weak. Some are smart; some are stupid. Some are beautiful; some are ugly. Some are rich; some are poor. Some contribute to society; some drain society’s resources. There is no scientific basis on which to assert that Albert Einstein and an Aids orphan have the same intrinsic value.

To this formidable argument, I know of only one answer, and that answer is entirely irrational and hopelessly impractical:

“Love one another as I have loved you.”

Murray is a 26-year-old student who blogs here.