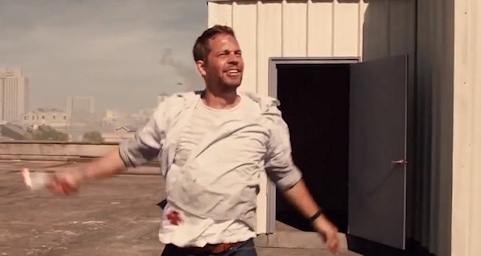 In one of his last films, which has not yet been released, Paul Walker played the husband of a woman who unexpectedly dies in childbirth. Walker is famed for his roles in The Fast and the Furious and tragically died in a car crash last weekend. In the film, his character’s daughter, born five weeks early, is hooked up to a ventilator, which is her only chance of survival until she is strong enough to breathe on her own.

When Hurricane Katrina hits the city, the hospital loses power and is evacuated, but Walker’s character stays behind to preserve his daughter’s life. He keeps the ventilator going manually and risks his life to ensure that she receives the care she needs to survive. Walker’s character defies all odds and gives completely of himself to the point of self-sacrifice so that his daughter can have a chance at staying alive and becoming healthy.

Here’s the trailer for the unreleased film, Hours:

Earlier this week, an abortion activist at Jezebel tweeted that she wished that pro-life politician and governor of Wisconsin Scott Walker had died instead of Paul Walker. But after the actor’s incredibly life affirming role in Hours becomes more well-known, will the anti-life community quickly abandon his memory as well?