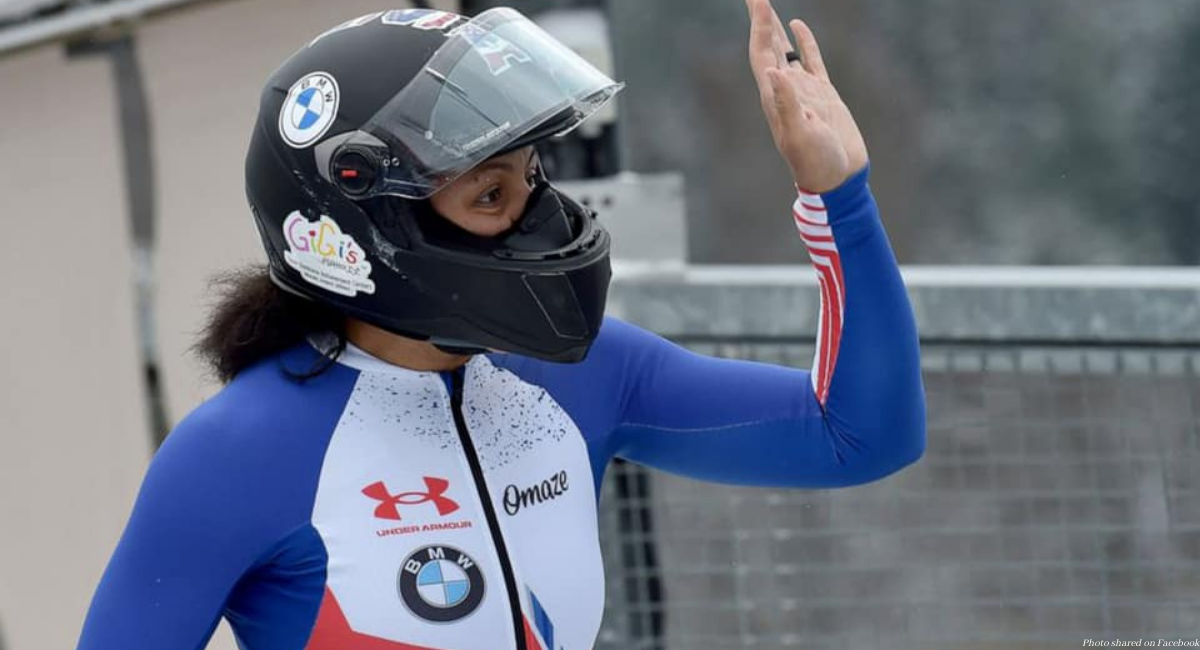 Olympic bobsledder Elana Meyers Taylor already has several Olympic medals to her name, as well as numerous world championship wins. But the 37-year-old athlete, currently competing in Beijing, is participating in her first Olympic Games as a mom, and she’s hoping to make a difference while she does it. The athletic superstar is not only advocating for other athlete-moms, but also raising money and awareness for Down syndrome.

Meyers Taylor and her husband, also an Olympic bobsledder, were able to start their family thanks to a new policy allowing athletes to take a year off of training for pregnancy and childbirth, so long as they committed to returning to their sport afterwards. Meyers Taylor thought she wouldn’t be able to have a baby, but in 2020, gave birth to son Nico — who happens to have Down syndrome. Since then, she’s made it her mission to be an inspiration to other mothers, showing that motherhood doesn’t have to ruin athletic dreams.

She also explained in a November blog post for the Olympics website that part of her goal is to show Nico what he is capable of, too — and that, despite the difficulties of pregnancy, it was all worth it.

“I’m preparing for the Beijing 2022 Olympics now with a different focus, not to try to stay relevant to a sport that is ever-changing and will move on once I’m gone, but to show my son that despite whatever obstacles he faces, he can still go after his dreams,” she wrote. “And even if he falls, the pursuit of them is all the worth it. He is my dream, and competing in bobsleigh while being his mother may be my greatest achievement.”

She also tweeted, “Nico is my reason. I was [p]ut on this earth to be his Mommy. So proud to show him the world through bobsled!” 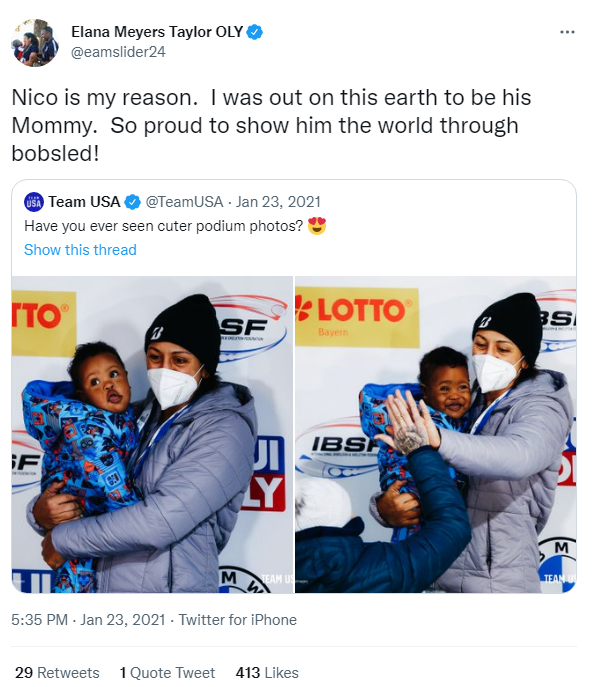 In addition to showing how powerful moms are, Meyers Taylor is combining her Olympic dreams with Down syndrome advocacy. While she races, Meyers Taylor is wearing the Gigi’s Playhouse logo on her helmet. Gigi’s is an organization that provides early intervention for babies, as well as tutoring and therapy. It also offers older people with Down syndrome help with resumes and job placement. Meyers Taylor is also auctioning off her Team USA Ralph Lauren parka to raise money for the National Down Syndrome Society. And she previously told Team USA that she wants the world to see what kids like Nico are capable of by seeing her family’s journey.