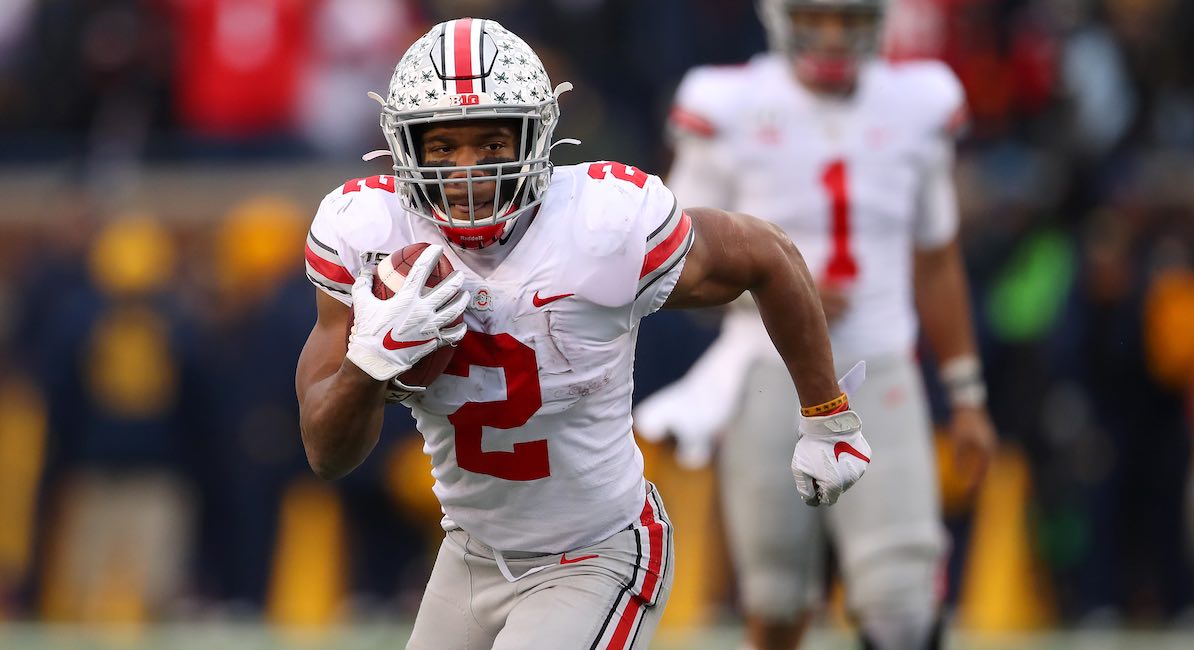 In a moment that had pro-life viewers reacting in amazement, FOX Sports announcer Gus Johnson let slip some pro-life personal history about Ohio State running back J.K. Dobbins during the Ohio State vs. Michigan game today, with millions of viewers tuning in.

“J.K. Dobbins’ mom Mya became pregnant when she was 18 years old,” Johnson said. “She went to the doctor because she was thinking about aborting the baby, but changed her mind.”

“That baby turned out to be that young man, J.K. Dobbins,” Johnson continued, with the cameras showing Dobbins, “who she calls her miracle baby.”

The Ohio State Buckeyes soundly defeated the University of Michigan Wolverines 56 to 27, with Dobbins putting forth his personal best. For The Win writes of Dobbins’ performance today:

The Wolverines couldn’t figure out how to consistently contain him — despite even taking off one of his shoes mid-game — and once he broke away from defenders, he was gone. With his standout performance in the regular-season finale, he reminded the college football world why he’s a Heisman Trophy candidate (albeit an outside one in a very crowd field that includes two of his teammates).

He finished Saturday’s rivalry game with 31 carries for a career-high 211 yards and four touchdowns, while adding two catches for 49 yards.

With an incredible 33-yard touchdown run in the middle of the fourth quarter, he notched his first career four-touchdown game.

While not everyone grows up to be a star football player, every child has value, even before he or she is born. Every child has limitless potential, and circumstances or assumptions — or even poor prenatal diagnoses — should never determine the value of a human being’s life. Thankfully, Dobbins’ mother realized this before it was too late for both her and her son.

Hopefully, the story of J.K. Dobbins, his mom Mya’s “miracle baby,” simply stated over the course of several seconds today by a FOX announcer on a live broadcast, will save more lives than anyone might have imagined.