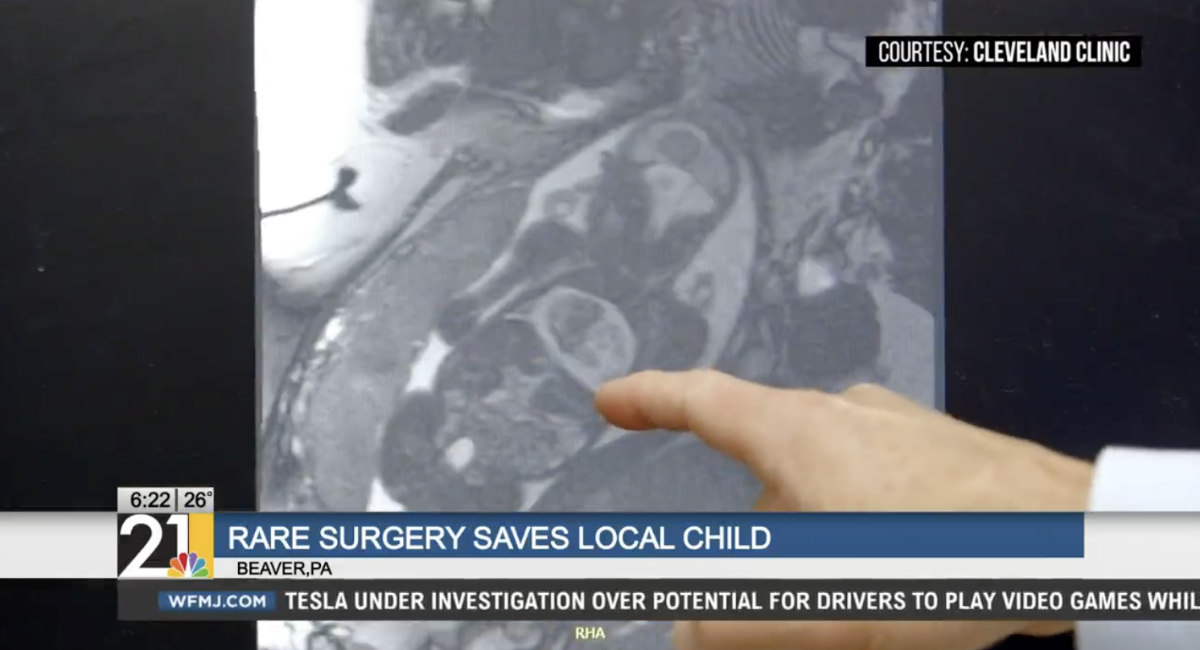 The efforts of a group of surgeons in Ohio prove that, even while residing in the womb, children are valuable human beings deserving of care.

In May, a multidisciplinary team of medical professionals at the Cleveland Clinic performed a rare, complex fetal surgery to save the life of Rylan Harrison Drinnon. As the clinic reported in the Patient Stories section on its website, a tumor had started growing on the baby’s heart and, without intervention, would have led to fetal heart failure.

Sam Drinnon, Rylan’s mother, recalled how she felt when doctors noticed something wrong with the development of her son’s heart during a routine ultrasound in late April. Before the diagnosis, Drinnon’s pregnancy had been relatively normal and uneventful, so the detection of a mass inside her son’s heart came as a bit of a shock.

“A lot of emotions came very quickly,” she said. “I thought I was going to lose my baby, but the doctors said they would get me to the best team to get it taken care of.”

“She calls me and tells me to go to my parents, you need to pick up Peanut and I’ll meet you there and just in her voice, I knew something was wrong. It wasn’t good,” David Drinnon, Rylan’s father, said in a statement published by WFMJ-TV.

“There was not a lot of information at all because he’s so rare, we were very scared,” Sam remembered.

READ: A look inside the womb: Parents share moving video of 18-week-old babies during in utero surgery

Led by Dr. Darrell Cass, the surgical team partially removed Rylan from his mother’s uterus at 26 weeks gestation. Then, opening his chest, the team removed the tumor, restoring Rylan’s normal heart rate. Afterward, the surgeons placed Rylan back inside the womb, where he remained for another 10 weeks before he was born.

“Once the tumor was off it was amazing, basically, the left atrium of the heart opened up and you can see blood flow change. Blood that was going backward is now going forward in the right direction, the heart function looked better, and it actually seemed to improve minute by minute,” Dr. Cass said.

“It is certainly an amazing story,” the doctor said. “We see this condition in less than one in 100,000 pregnancies. These tumors can occur in the central portion of the chest, outside of the pericardial sac, which surrounds the heart, or they can be on the inside. Rylan’s was on the inside, which is a worse situation as you might imagine.”

The surgery is a rare procedure, and the Cleveland Clinic is now only the second hospital in the world to perform it successfully. While doctors continue to monitor Rylan, the baby is reportedly at home and doing well. According to the outlet, he still has one more surgery to undergo, but other than that, Rylan’s condition appears stable.

If anything, Rylan’s story shows that a patient’s location or level of development is irrelevant to whether their life is worth saving. Regardless of these factors, all humans deserve equal dignity and respect.