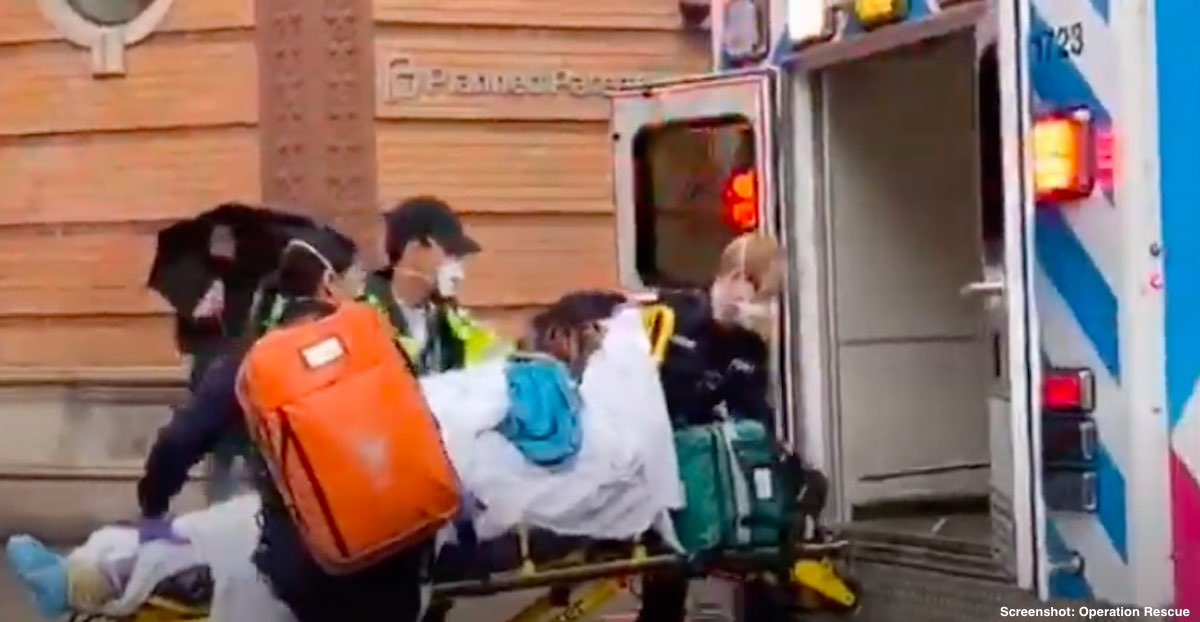 The Margaret Sanger Center Planned Parenthood in New York City has sent another patient to the hospital — this time in the midst of a pandemic.

According to pro-life watchdog group Operation Rescue, on April 24, 2020, emergency responders placed a woman on a gurney into a Mount Sinai Hospital ambulance in front of the Planned Parenthood business. A pro-life activist at the scene took a video that shows that the woman was awake but in distress.

New York City is considered to be the nation’s largest hotspot of COVID-19. Deaths in that city alone from COVID-19 had reached over 12,000 as of April 27, and the state government has ordered all non-essential surgeries to be postponed amid the outbreak. Abortion businesses, however, have been allowed to remain open, despite the fact that abortion is never medically necessary.

“While legitimate New York businesses were ordered to close and hospitals were denying care to people needing procedures such as organ transplants and cancer surgeries, the abortion businesses were operating on all cylinders and Planned Parenthood was sending women with botched abortions to occupy precious hospital beds,” said Troy Newman, president of Operation Rescue. “New Yorkers were suffering without jobs or medical care, while abortion businesses raked in record profits. That shows how Planned Parenthood was given preferential treatment by Gov. Andrew Cuomo, who made killing babies top high priority in his state.”

The coronavirus crisis has been so deadly in New York City that emergency responders are unable to bring cardiac arrest patients who can’t be revived at the scene to the hospital, and have had to leave the bodies in the homes with the families. The state Health Department also told emergency responders not to attempt to resuscitate any patients who were in cardiac arrest upon their arrival on the scene, however, the FDNY refused and the order was rescinded.

By continuing to allow abortions, New York is putting women at risk. Not only will women be injured in abortions, but they will be sent to crowded emergency rooms where they will be exposed to COVID-19. This incident is at least the second medical emergency that required an ambulance transport at Margaret Sanger Planned Parenthood this year, and the 13th in just the last 15 months, according to Operation Rescue.