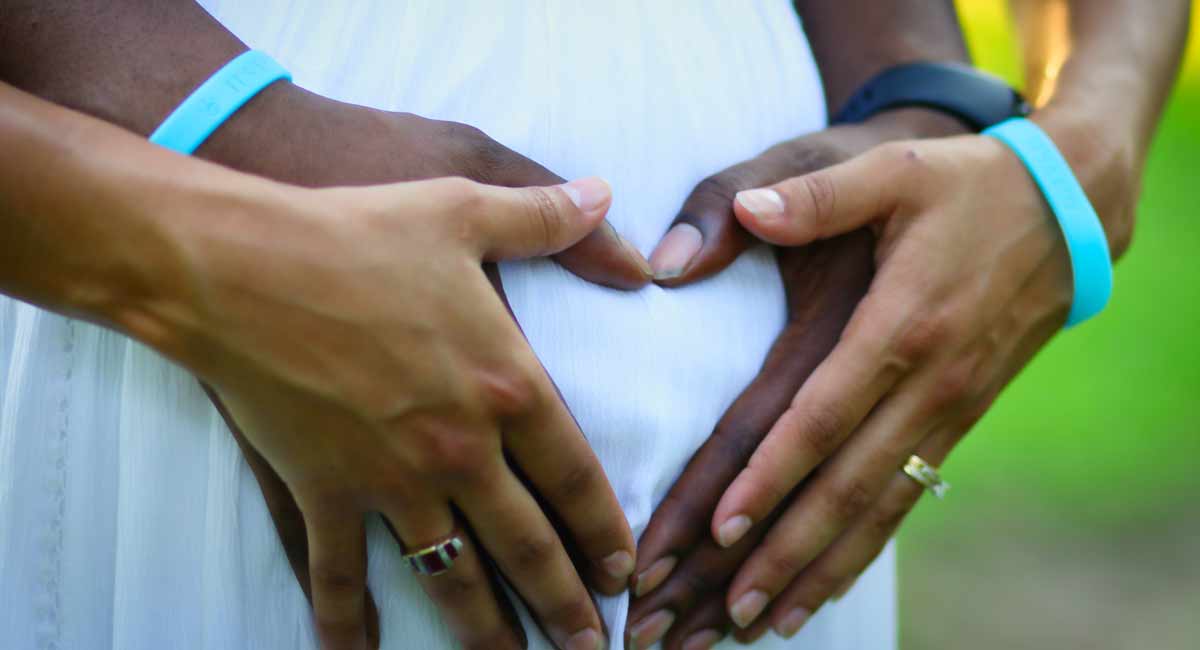 Jon Speed, an New York bookstore owner who closed last month for a “day of mourning” following New York’s passage of the extreme pro-abortion Reproductive Health Act, recently spoke to the city council of Batavia, New York, urging them to make their city “a sanctuary city for the unborn.”

Speed, who owns The Book Scout, received a mountain of orders after his decision to close his business for a day went viral on social media. Speed is a former pastor and co-producer of the anti-abortion documentary, “Babies are Murdered Here.” Last month when he spoke with Live Action News, Speed said his decision to close was “a statement of my disgust with NY’s new law. My prayer for them all is their repentance and faith in Christ. Their hearts must change if their minds will change.” Speed took an even stronger message to the Batavia City Council, and didn’t mince words:

As you consider drafting a letter to Governor Cuomo, my question to the entire council is this: ‘What is the best way to kill a baby? Is it using an abortifacient?… Is it a saline abortion where the baby is burned alive in the mother’s womb? Is it a surgical abortion in the second trimester where the baby is cut into pieces and then reassembled in the dish?… Perhaps it’s to deliver the baby in the third trimester and then stick a pair of scissors into the base of his or her neck. Because that’s what we’re talking about here. All of it….

“The answer is obvious to anyone with a conscience,” Speed continued. “There is no good way to kill a baby. Thou shalt not kill…. You must use your authority to support what is good while punishing what is evil.”

The room was almost completely silent until Speed criticized Planned Parenthood. “Babies are murdered in Batavia, New York, every day that Planned Parenthood is open,” he asserted, causing several present in the room to erupt in protests of  “No… no!”

Upon hearing the protests, Speed responded, “Every day that an abortifacient is sold… don’t tell me you don’t give those out….” directing his comments to the vocal objectors — about 20 of them in the room of 150, he told Live Action News — who were all associated with Planned Parenthood. And suddenly, after Speed’s pointed remark, the room grew quiet again.

Speed was absolutely correct: the Planned Parenthood facility in Batavia does, indeed, offer medication abortions (the abortion pill regimen) as well as potential abortifacients like Plan B. 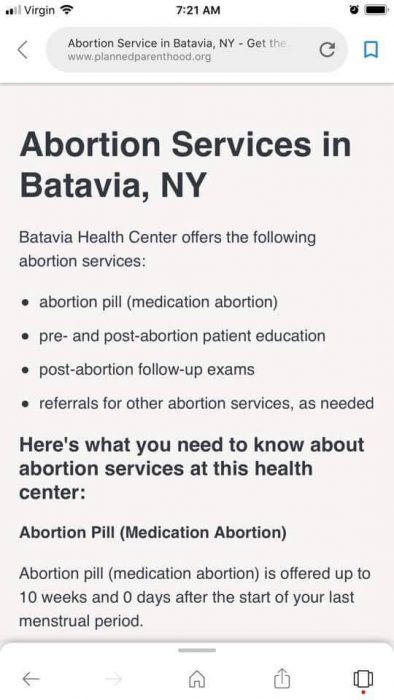 Amazingly, the day following Speed’s speech before the council, Joan Elizabeth Seamans, a candidate for NY Senate District 61, claimed in a Facebook post that “Planned Parenthood in Batavia does not perform abortions.” Planned Parenthood in Batavia may not perform surgical abortions, but they do distribute the abortion pill. Ms. Seamans is either ignorant of this fact or is being deliberately misleading. 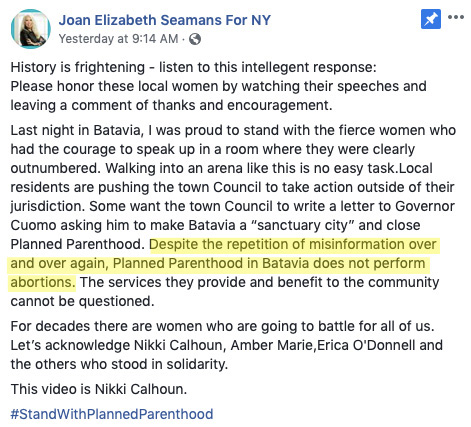 Despite the objections of Planned Parenthood’s supporters the truth is that the abortion pill regimen kills preborn children just as every other method of abortion does. The aim is the same: to intentionally end the life of a distinct human being growing in the womb of his or her mother. And it’s not without risk, but this isn’t stopping Planned Parenthood and the abortion industry from pushing for practically no regulations on the abortion pill so that eventually, “DIY” abortions will become easily obtainable:

Speed continued, redirecting his comments back to the council. “Babies are murdered under your jurisdiction. Whether it is legal to do so or not is irrelevant. Everything that Hitler did in Germany was legal by German law. Please lead the way in upstate New York and make Batavia a sanctuary city for the unborn. Governor Cuomo has given the counties and the cities the right for self-governance using the sanctuary city model with immigration. You guys can do this. You have the opportunity. Declare it to be a sanctuary city for the unborn.”

“We are called to love our neighbors, born and unborn, as we love ourselves,” he concluded. “The good news is that even the sin of abortion can be forgiven when someone repents of their sin and trusts in Jesus Christ alone, but that forgiveness does not release this council from its responsibility to love mercy, do justly, and to walk humbly with your God. In fact, it means if you do not rescue those who are appointed for the slaughter, their blood will be on your hands.”