Willie Parker, the abortionist infamous for framing his bloody mission as a sort of Christian mission, is back. To celebrate the release of Parker’s new book—which is perversely titled Life’s Work—noted pro-abortion liar Trevor Noah had him on “The Daily Show,” resulting in one of the ugliest, most horrifying segments ever to appear on a channel with “comedy” in its name.

NewsBusters’ Katie Yoder notes that Noah started off the interview by introducing Parker not as an abortionist, but as a “doctor” and “reproductive justice activist.” Which would normally be bad, but in this case is jaywalking compared to the dishonesty we’re about to see.

Noah’s first softball question asks what it’s like “for a woman who is trying to have an abortion in the deep South,” which Parker answers by saying that on top of restrictions such as waiting periods, “there’s the stigma and the shame, women are made to feel that they are doing something immoral by choosing their lives over the ambitions that other people have for them.”

Yes, because having other ambitions for women’s lives is totally the reason why people oppose abortion. There’s no other possible objection that occurs to Parker, whose medical training has taught him exactly what he’s destroying, or Noah, whose job consists of following what his political foes are saying for the express purposes of mocking it yet is somehow unfamiliar with the most basic pro-life arguments.

Sure, that seems plausible.

Parker then argues that waiting periods are “not informed by the reality”:

There’s not a woman that I know who doesn’t say that when she pees on that stick and it’s positive, she says, “I’m pregnant, oh great,” or “I’m pregnant, oh [bleep].” And so, as a result, women have to, being forced to wait to indulge somebody else’s sensitivities is to say that we don’t trust women with their important decisions.

Naturally, the studio audience applauded this lazy recitation of meaningless pro-abortion platitudes. Those more well-read than the Comedy Central crowd know that not every woman in an unwanted pregnancy is certain about what to do, and that waiting periods, in conjunction with other measures that reveal the medical facts Parker hides from his customers, do help those women. Those more thoughtful than Trevor Noah’s groupies understand that the intentional killing of an innocent child is not a matter of a third party’s “sensitivities.”

Next, Noah asks how Parker changed his mind about a “woman’s right to choose” after coming from a “very religious background.” Parker responds:

Well, I’ve always been pro-life, but what I mean by pro-life—pro-life of the woman. I’ve never been opposed to a woman making that decision, but I was conflicted because I wasn’t clear about what it meant to me personally to provide that care. So I had to think about my religious understanding and my religious conviction a little bit differently.

Do you see an answer there? I sure don’t. As usual, Parker neglects to explain where in the Bible he found the “except before birth” exception to “thou shalt not murder,” or how he came to learn that “created in the image of God” wasn’t referring to people in the womb. He goes on:

So I think “pro-life” is a misnomer for people who are against abortion. People who are opposed to abortion are pro-fetus. I’m pro-life, I’m pro-life of the woman, and you can’t have more of an interest in a pregnancy that a woman’s carrying than you have in the woman herself.

We get the assumption that the woman’s life matters more than the fetus’s, but we don’t get an explanation why, nor an explanation for why the fetus deserves no consideration whatsoever.

Now here’s where the interview goes from the usual pro-abortion evil to an entirely new level of depravity — Parker’s defense for why he compares opposing abortion to slavery:

I think if you’ve never lived with your back to the wall, it would be really hard for you to understand what it’s like to have the most essential aspect of your being, the ability to make decisions about your lives, your life, to have hopes and aspirations and dreams, and to have that controlled by someone else.

I as a man will never face an unplanned pregnancy, but I feel like I’m in the same position that Abraham Lincoln was when someone asked him, “why did you free the slaves?” There are many reasons the Civil War was fought, but I like it when he said that “As I would not be a slave, so I will not be a master.”

Once more, the audience applauded. Of course.

Yes, you read that right: the modern-day equivalent of the slaver, the one denying an entire class of people their humanity, callously denoting them to property status, and brutally violating their most basic human right, is recasting himself as the emancipator.

Parker has the hubris to talk about “the most essential aspect of your being” while making a career out of literally eliminating beings themselves, to claim he’s defending “hopes and aspirations and dreams” while snuffing out countless children’s opportunities to discover and achieve their own.

He does so by invoking a quote (and possibly getting the timing of it wrong, by the way) that makes much more sense as a condemnation of his own actions: As I would not be a victim, so I will not be a killer.

Noah and Parker then have a brief exchange about how awful it would be if women had to travel out-of-state to get abortions if Roe v. Wade falls, which basically just amounts to the fact that these two don’t understand the first thing about the Constitution. After that comes Parker’s final bit of “wisdom,” which gives the evil in the above slavery comparison a run for its money:

Well, it occurred to me, Trevor, that this is April 3, the day before my book launch, and when I was told that the book would be launching on April 4, there’s a tab set in my heart around the fact that that was the day that Dr. Martin Luther King was assassinated. So it struck me that tonight, 49 years ago, was Dr. King’s last night on Earth. For me, what that means is that I like to imagine that I was the little kid living in Alabama who he had hopes and aspirations for, that my dreams wouldn’t be determined by the color of my skin.

And so this book, my career, is really a recognition of the vitality of the movement that he gave his life for.

Now, it might seem more than a little arrogant of Parker to compare himself to Dr. King, but to be fair, when you’ve already compared yourself to Jesus Christ, there’s really nowhere left to go but down. 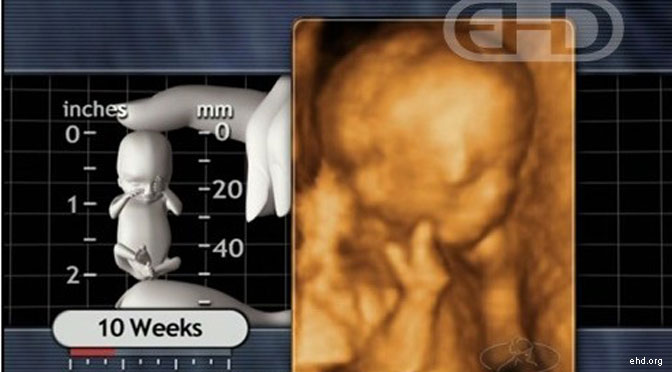 It’s no surprise that the audience zombies mindlessly applauded this, too—after all, when your perception of the real world is filtered through the likes of Comedy Central, you probably don’t know that it’s extremely unlikely Dr. King would have seen abortion as honoring his legacy. And since lies about fetuses being ‘not-really-alive hunks of undefined organic material’ is probably the most you hear about embryology, you probably don’t stop to think about the “little kids in Alabama” who aren’t living anymore because of Parker.

How does Trevor Noah sum up this six-minute celebration of death? “You tell an amazing story. It is a beautiful book. Thank you so much for being on the show.”

There you have it: slaughtering children and calling it “pro-life” it are “amazing” and “beautiful.” It would sort of fit Comedy Central’s name as some sort of tasteless gallows humor, drawing attention to the depraved, insane fact that that actual legalized murderers get away with thinking of themselves like this in 2017 America—except the host isn’t in on the joke and takes the punch line seriously.

If the broader culture fails to see it too, and if we don’t start seriously pushing back against this evil with the clarity and stigma it demands, then God help us.