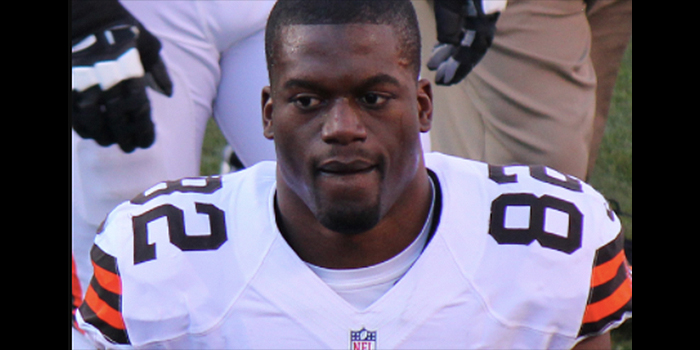 “I do know that blacks kind of represent a large portion of the abortions, and I do know that honestly the whole idea with Planned Parenthood and Sanger in the past was to exterminate blacks,” said Benjamin Watson, a tight end for the Baltimore Ravens, in an interview with the Turning Point Pregnant Resource Center in San Diego. “And it’s kind of ironic that it’s working.”

“We (as minorities) support candidates, and overwhelmingly support the idea of having Planned Parenthood and the like, and yet, that is why she created it. We are buying it hook, line, and sinker,” he said in part two of an interview with the pro-life center.

Watson has been married more than a decade and has five children. He calls himself a born again Christian and says his faith makes supporting the most vulnerable of God’s children his prerogative.

“If you are someone who cares about life period, then you have to care about it from conception all the way up to death,” he said. “To me, being pro-life means that you hold all life very dear and you understand that all life was created by God and that because of that, life has internal, intrinsic value, whether it’s capable of living on its own at that point or whether it is capable of living on its own at the end of its life.”

He said society had lost the art of “learning how to respectfully disagree with each other.”

It was not the first time Watson weighed in on controversial issue. He called for calm after the Baltimore riots and addressed abortion in the past, as well.

He weighed in on the Planned Parenthood videos, writing on Facebook, “As horrific as it is, the issue isn’t really the sale of human parts. It’s the legal practice that allows this to even be a possibility. Killing children and simply discarding the leftovers is not any more acceptable than profiting off of them.”

Watson faced some backlash for his latest comments, although few disputed Planned Parenthood founder Margaret Sanger’s ideological support for eugenics. She founded the “Negro Project,” hiring black preachers to convince their congregations to take birth control or get sterilized. Sanger wrote at one point that all citizens should be required to obtain a “birth permit” from the government before giving birth.

CBS Sports reported that “some might be surprised to hear Watson come out and say that eliminating blacks is ‘working.’” African-Americans have fallen behind Hispanics as the largest minority in the nation.

Yet he is not alone in sounding the alarm about the disproportionate impact abortion has on the African-American community. “For every 1,000 black babies born alive, there are 1,100 aborted each year in” New York City said Ryan Bomberger of the Radiance Foundation in an interview published today at The Stream. “The black community is the only community where there are more induced deaths than births….yet so-called ‘civil rights leaders,’ including the NAACP, call this deliberate destruction ‘reproductive justice.’”