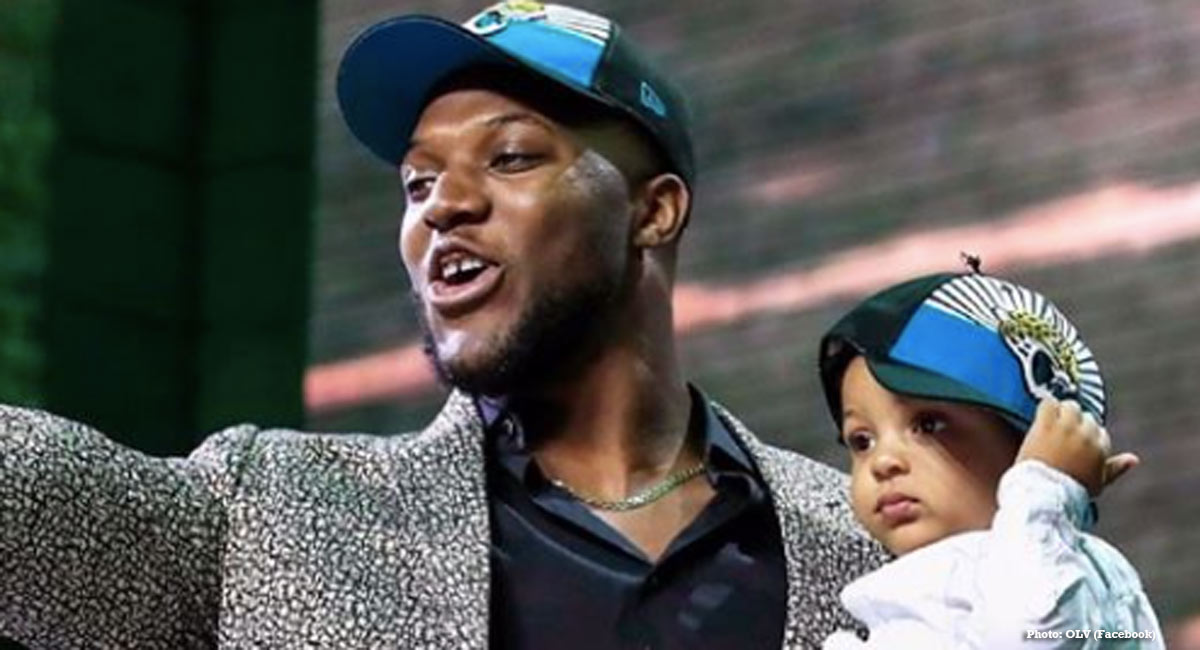 Former University of Kentucky linebacker Josh Allen has now been drafted to the NFL’s Jacksonville Jaguars, an occasion for celebration by anyone’s standards. But for Allen, his career takes a backseat to what really matters: his son.

In January of 2018, Allen’s son Wesley was born. At the time, he was a celebrated college football player already being courted by the NFL. But Wesley’s arrival put those plans on hold. “He just changed everything once he came,” Allen told the Atlanta Journal-Constitution. “That’s another way it humbled me. Everything I do affects him now. I feel like just being here with him also affects my decision and all that. Once he came it changed everything. It made my thought process a little different.”


So instead, Allen returned to the University of Kentucky. “My why has to be my son. He’s been the biggest motivator in my life,” he told First Coast News. “God put him on Earth for some type of reason, and I feel like he put him for a reason to put me in a better place and to get my head strong to become a better person for myself.”

Allen did indeed find himself in a better place; his senior year, he set the all-time record for sacks at the University of Kentucky, was named the SEC Defensive Player of the Year, and won the Bronko Nagurski Trophy for National Defensive Player of the Year, making him the best defender in the country. So it was no surprise that he was a first round draft pick after he graduated — but once again, his son was front and center.

The suit he wore on Draft Day was embroidered on the inside with his son’s name and birthday. His biggest concern was about his son, telling First Coast News, “I’m not worried about the game, I’m not worried about my travels, I’m worried about him and I hope he does good on the plane because I’m not going to be with him, that’s all I’m going to be worried about until they [his wife and son] come down here.” When his name was called at the draft, he brought his son on stage with him. And at his introductory press conference for the Jaguars, his son was front and center, making national headlines.

Allen shows that children are not a hindrance on a person’s dreams; while it can be more difficult to juggle an education with childrearing, it’s by no means impossible. Neither mothers nor fathers need to sacrifice their children’s lives in order to achieve their goals — they just need the support of the community around them.