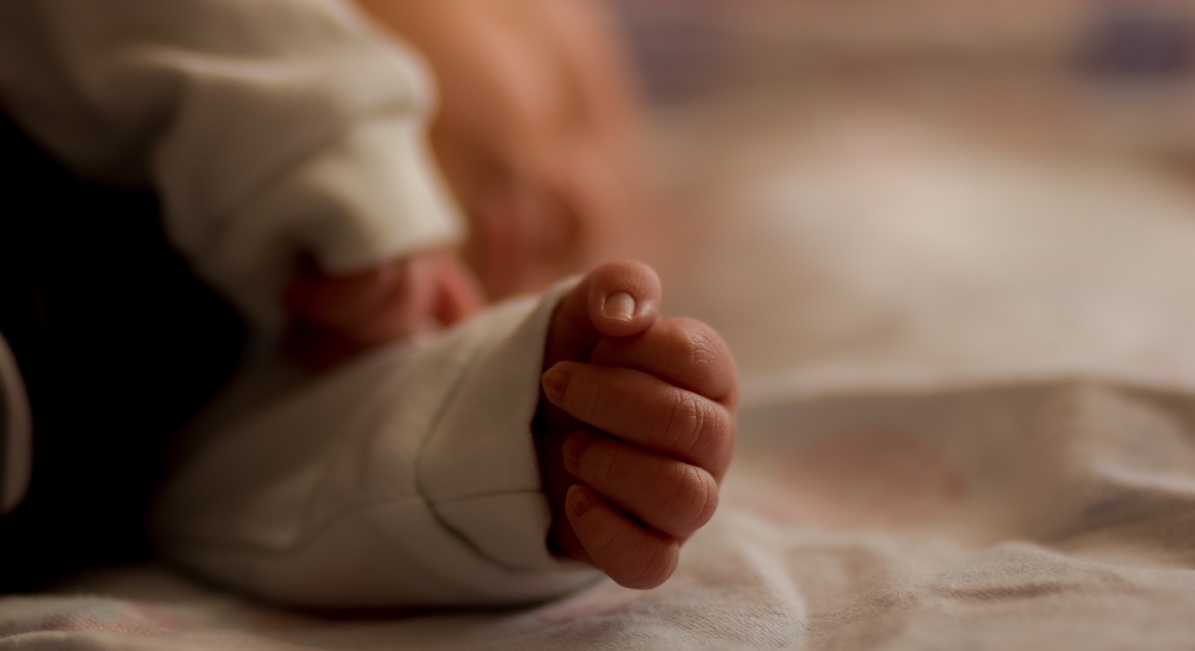 A baby boy in India with a massive heart tumor is home and healthy after undergoing a rare surgery to save his life.

The mother, who lives in Noida, was informed of the heart defect at 20 weeks pregnant, according to The Times of India. Doctors deemed it too risky to operate while the baby was still in the womb, so both mother and baby were monitored through the pregnancy. “The tumor was so big that the child’s heart wasn’t visible,” Dr. Rajesh Sharma, a senior pediatric cardiac surgeon at Apollo Hospital in Delhi, said. “Also, any attempt to remove the tumor would cause a fall in the blood pressure.”

When the baby was born, he weighed a healthy 7 lbs, but he wasn’t able to breathe. Doctors had to act quickly, intubating the newborn and putting him on a ventilator. He was diagnosed with an “intrapericardial teratoma,” a rare tumor that is usually benign, but can be dangerous in newborns and babies. It can cause respiratory and cardiac distress, as well as cardiac tamponade, where fluid builds up in the sac around the heart, preventing it from pumping well. It can lead to a fatal drop in blood pressure.

Sharma explained that the tumor was bigger than the child’s heart, and the child had to be put on a heart-lung machine so he could survive the two-hour surgery. From the beginning, they knew it would be difficult. “The heart has a surrounding membrane called pericardium,” Sharma explained. “This tumour was within the pericardium and was attached to the aorta. We had to be very careful while operating on the two-day-old baby and see no surrounding organs and tissues were damaged.”

Thankfully, the surgery went well. “The baby’s condition was precarious, and we planned to operate on him immediately,” Sharma said. “On day two after birth, we successfully removed the tumor, which was larger than the heart and was found to be attached to the surface of the heart, displacing the heart to the left. It had an attachment to the aorta and the right AV groove.”

For now, the baby boy is healthy and thriving, and the medical team plans to continue checking on him to make sure the tumor doesn’t return. “Though the tumor removal is supposed to be curative in most cases, in this rare case the baby will need regular follow-up with tumor marker levels and echocardiographic examinations,” Dr. Ashutosh Marwah, a pediatric cardiology surgeon at Apollo Hospital, told the Times of India.

It is a relief that this child’s life was able to be saved, but due to rampant sex-selective abortion in India, there are questions as to whether this much effort would have been made to save the child’s life if he had not been male. Though sex-selective abortion and testing to determine prenatal sex were both banned in 1994 under the Pre-conception and Prenatal Diagnostic Techniques (Prohibition of Sex Selection) Act, both still take place with alarming frequency, and there is a strong cultural preference for boys over girls. There are approximately 114 boys born for every 100 girls, and millions of girls are estimated to be missing due to this gendercide.