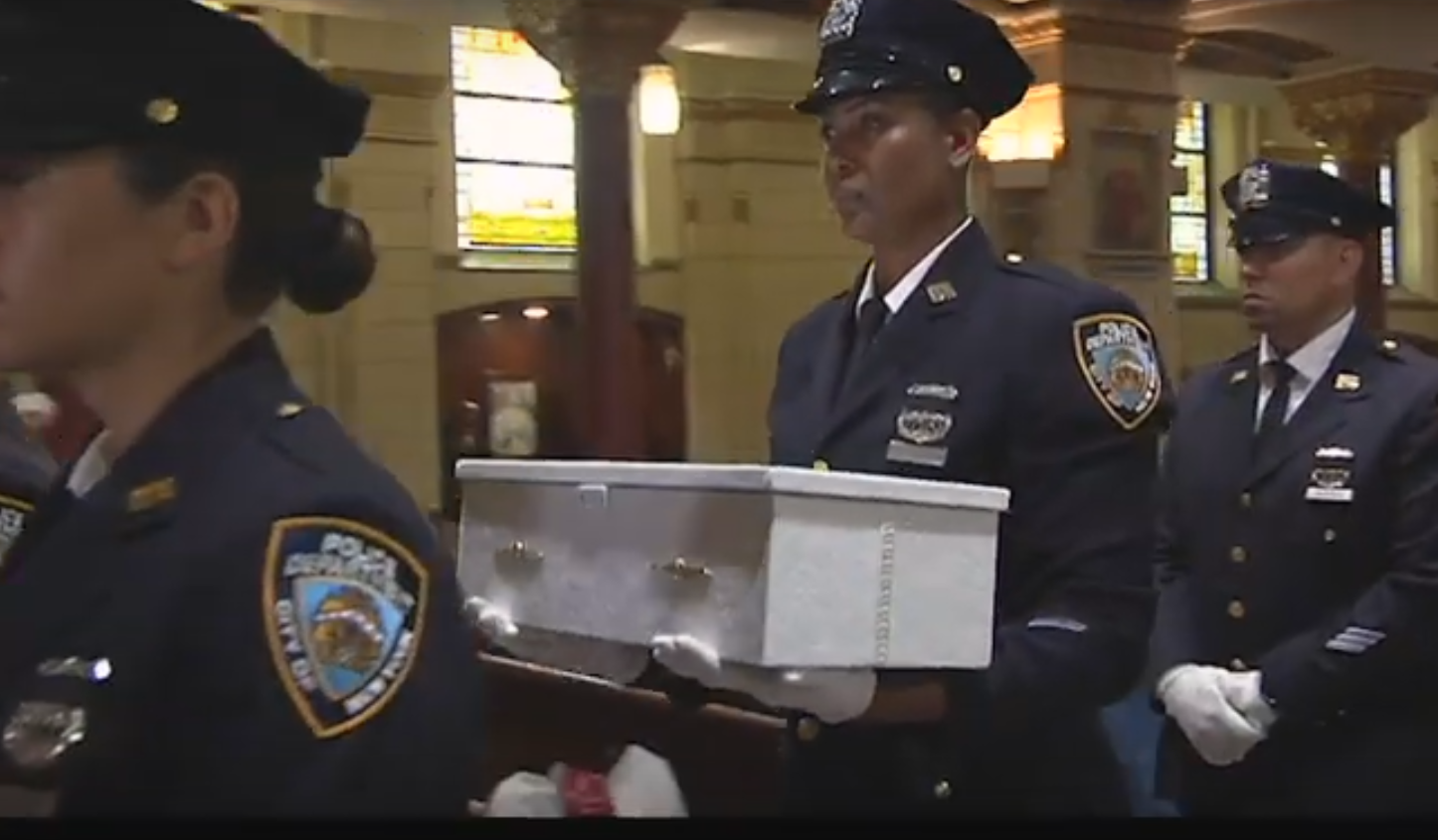 A baby girl who had been callously abandoned after being born premature has been given a proper funeral and burial, thanks to a New York pregnancy help center and the New York Police Department.

On February 18th, the body of a baby girl was discovered underneath a tree near a school in New York City. She was found inside a bag, along with bloody clothing. While her mother was not found, a medical examiner determined that she had been delivered at about 20 weeks gestation, and therefore, could not yet have survived outside of the womb. While the circumstances of the baby’s abandonment aren’t known, many saw it as a tragedy — including the Life Center of New York, who decided to organize a proper funeral and burial for the little girl.

“We contacted the Medical Examiner’s Office and requested to receive her body,” the pregnancy center wrote on Facebook. “After all the investigations and tests were completed the Life Center was just given the child whom we named ‘Baby Monica.'”

The baby was given the name Monica after the saint, the mother of St. Augustine. “We decided to give her that name,” Fred Trabulsi from the Life Center of New York said in an interview with the New York Daily News. “Baby Monica, like all of us, deserves dignity and respect in living and dying.”

The Life Center of New York asked the New York Police Department to participate in the funeral, which was held at Our Lady of Perpetual Help Cathedral. Six NYPD officers served as pallbearers, carrying the tiny white casket into the church as another officer played the bagpipes. A crowd of parishioners and members of the pregnancy center gathered to pray, pay their respects, and honor baby Monica’s short life.

“It’s very sad to see what’s going on,” parishioner Mercedes Jerez said to the New York Daily News. “(But) this is our community. We’re together.” After the funeral, Monica was buried in the Guardian Angel section of Resurrection Cemetery in Staten Island, a section of the cemetery specifically set aside for babies who were abandoned. The Life Center of New York plans to provide a gravestone with the name Monica inscribed on it.

The Life Center of New York also wanted to send a message about the sanctity of life, even for those other people might view as unimportant. “As we are living in a ‘culture of death’ and a ‘throw away society’ the Life Center wants to show that life is sacred from beginning to end, praying that what we do here will advance the ‘culture of life,'” their Facebook post about the funeral read. “Baby Monica, like all of us, deserves dignity and respect in living and in dying.”