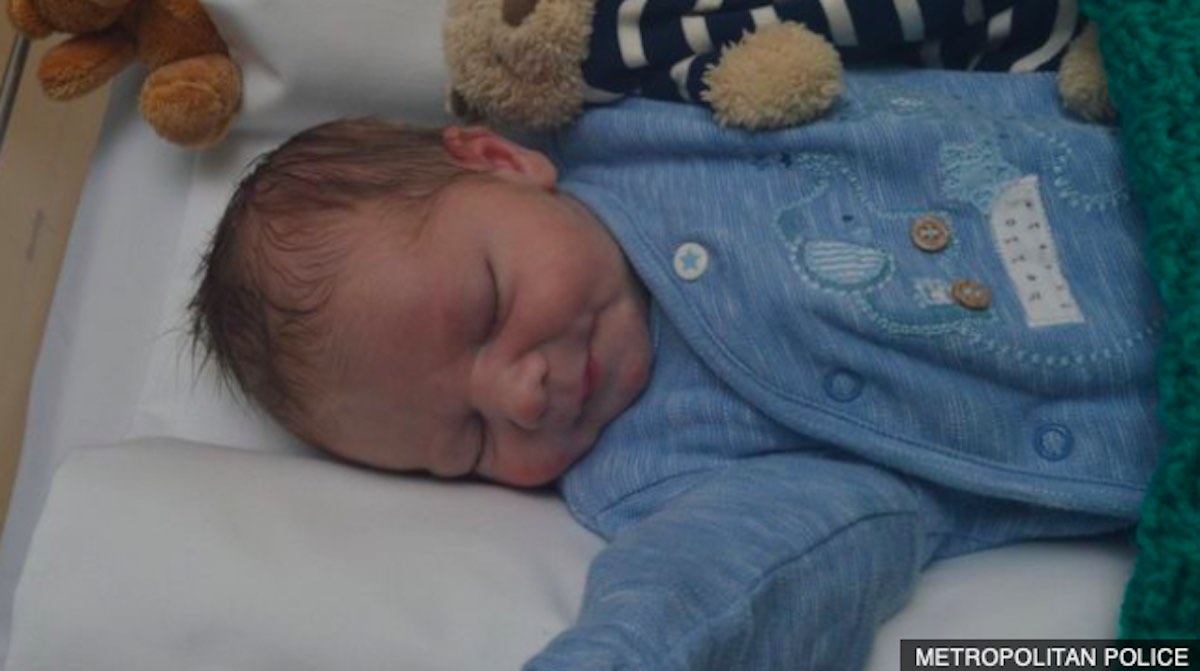 Last Saturday morning, residents of Dalston, an area of east London, England, discovered an abandoned newborn baby boy believed to be less than 12 hours old. Police released images of the baby to the public as they search to identify the boy. Officials told news outlets that after evaluation they believe the baby was “born outside of a hospital environment.”

After being discovered, the baby was transferred to a hospital in east London where he is in good condition and receiving care.

According to MetroUK, a woman who claims to be the granddaughter of the man who discovered the baby posted on Facebook about the incident. Alerting the surrounding community about the baby, the woman said her grandfather, a postal worker, and a colleague found the newborn after they heard what they thought were kittens in a bush, and chose to investigate.

Hospital staff named the newborn Edward, after the man who discovered him.

Law enforcement’s primary concern is finding Edward’s mother. Inspector Kevin Weeks said in a statement: “I would urge the mother of this baby to make contact either with police, your local hospital or GP surgery and let us know that you are safe and can receive any medical care you may need. Our primary focus is to ensure the wellbeing of both you and your child. I would also urge anyone who has information that could help us to reunite this baby with his mother to come forward.”

For years, activists in the United Kingdom have called for the introduction of Safe Haven Laws and baby boxes, or “baby hatches” as they are known in England. Under current law, it is illegal to abandon a newborn and there is no legal means of safely and anonymously surrendering a newborn baby for parents in difficult circumstances. Organizers of a petition to introduce Safe Haven Laws in the UK say about 50 newborns are abandoned each year.

In the United States, all 50 states have Safe Haven Laws that allow parents to surrender a newborn at designated locations, such as hospitals, fire stations, and churches. Several babies in recent months were saved by safe surrender in a baby box or safe haven location. Other countries also utilize baby boxes; recently, the Czech Republic celebrated its 200th baby saved by the dozens of baby boxes throughout the country.