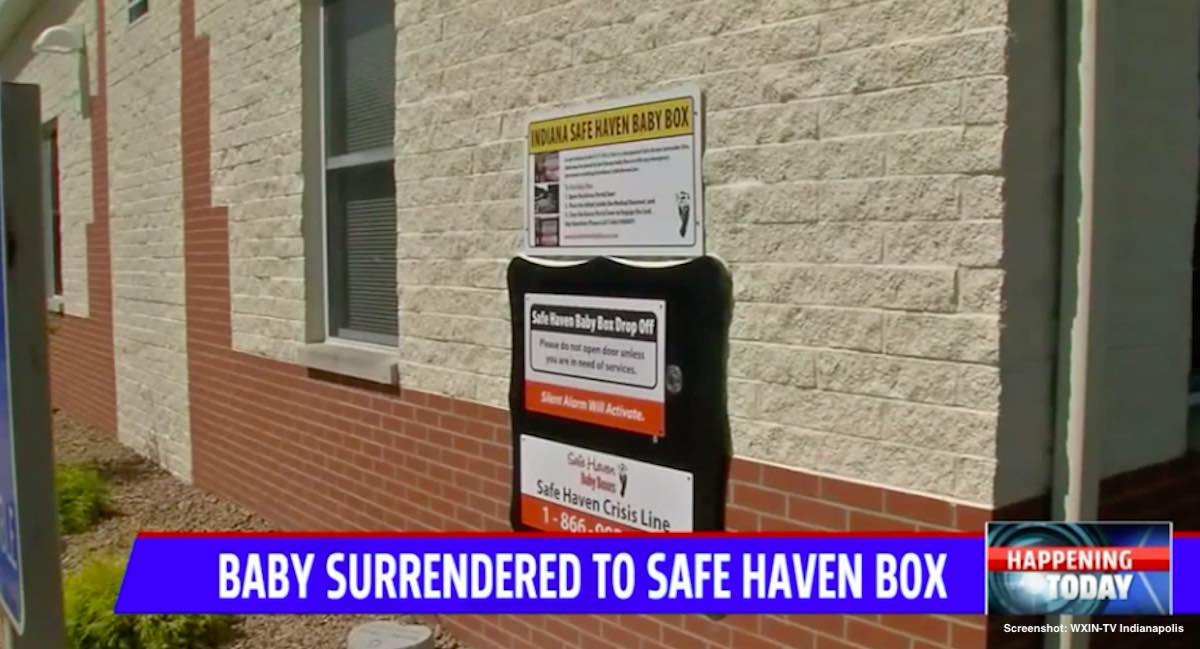 A newborn girl was saved after she was safely surrendered in a Safe Haven baby box in Seymour, Indiana, on Thursday. The girl’s rescue, the first at this location, comes less than a year after the box was installed. The surrender was the fifth time that a baby has been placed into a baby box in Indiana in the last two years.

The rescue happened at 1:30 pm at Seymour Fire Station 3. According to Fire Chief Brad Lucas, an alarm sounded as soon as the mother opened the box, and the baby was retrieved less than 60 seconds later. She was transported to a local hospital.

“The system worked perfectly,” Lucas said. “We had firefighters in the building, and the ambulance was on scene within minutes. The baby was transferred to the hospital and is doing great. We are proud to have this resource available for the residents of Seymour. We strive every day to ensure the safety of our residents, and this is just a way to ensure the safety of newborns.”

The successful surrender was made possible thanks to Indiana’s Safe Haven laws, which state that a newborn less than 30 days old can be surrendered to an emergency care facility, police station, fire station, or hospital, with no questions asked. Baby boxes are specially designed to make this surrender easy for parents, offering safe, climate-controlled places where parents can leave their children anonymously. As soon as a child is placed in the box, an alarm sounds and emergency personnel are immediately alerted to the baby’s presence.

Seymour’s baby box was installed in June 2019, thanks to the efforts of high school senior Hunter Wart, 19, who raised $10,000 for the box’s installation. According to CNN, Wart “spent more than a year mowing lawns and scrapping metal to raise the $10,000 needed to purchase a Safe Haven Baby Box for the Seymour Fire Department… as part of his senior project.”

The Seymour box is just one of 20 boxes throughout the state placed by the non-profit organization Safe Haven Baby Boxes, started by resident Monica Kelsey. Kelsey herself was abandoned as an infant.

“This baby is healthy, perfect, and doing very well,” Kelsey said in a news conference Friday morning. “She appeared to be not more than a couple hours old.” According to Kelsey, the baby is now in the custody of the Indiana Department of Child Services and she’ll be placed with an adoptive family sometime in the next 45 days.

“I want to personally thank the mom or dad who chose to surrender their newborn in a safe place,” said Kelsey. “All too often we hear stories of babies left in trash cans and dumpsters, and this parent loved their child enough to place this child safely, legally, in a Safe Haven baby box.”

The Safe Haven Baby Box organization also has a national hotline for women in crisis. To reach them, call 1-866-99BABY1.