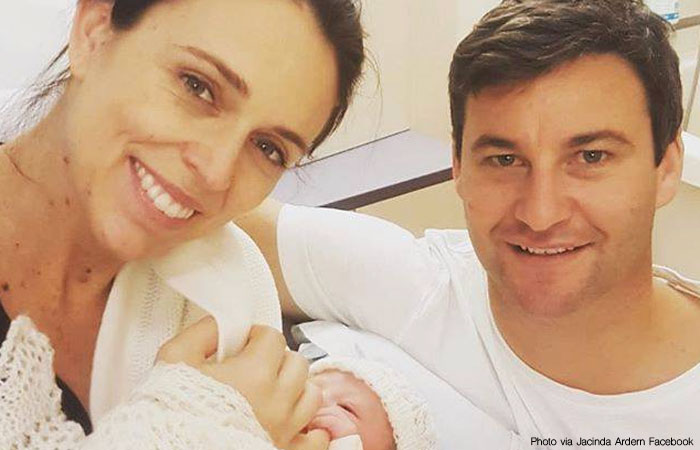 New Zealand Prime Minister Jacinda Ardern has given birth to a baby girl, becoming the second world leader to give birth while in office, and the first in almost 30 years. Former Pakistani Prime Minister Benazir Bhutto gave birth to her son Bilawal while campaigning in 1988, and then gave birth to her daughter Bakhtawar in 1990, and said her decision to campaign while pregnant was a direct response to former President Zia ul-Haq, who said she could not participate in politics as a pregnant woman.

Thursday morning, Ardern was admitted to the hospital, and continued to work as she waited for her daughter to arrive, according to a tweet from her partner, Clarke Gayford.

Ardern reportedly arrived at the hospital with Gayford in their own car, and delivered at Auckland City Hospital, and not in a private hospital or suite. After being in labor for about 11 hours, Ardern and Gayford announced the birth on social media, thanking their medical team and expressing their joy over their daughter. Her name has not yet been announced.

Deputy Prime Minister Winston Peters will take over Ardern’s duties as she takes her six weeks of maternity leave, although Ardern said she will continue to consult on major issues and read cabinet papers while she’s gone. After she returns to work, Gaylord will care for their daughter full-time. 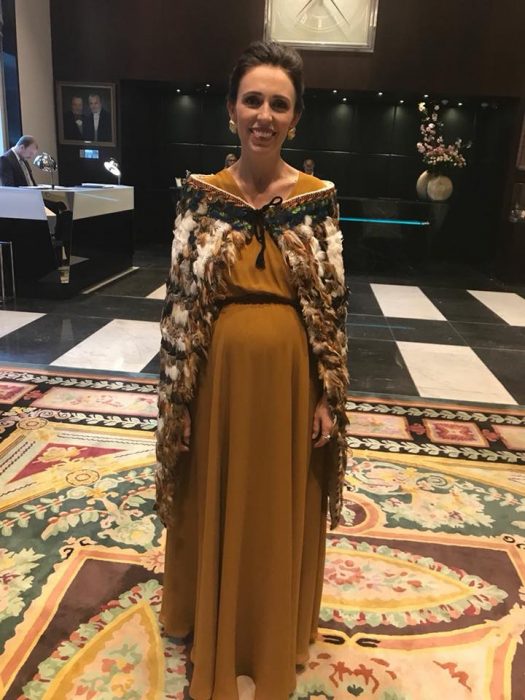 Prime Minister Jacinda Ardern made international headlines when she arrived for a dinner at Buckingham Palace pregnant and wearing a traditional Māori cloak.

Ardern announced in January that she was pregnant after being elected in October. When asked about the pregnancy and her job as prime minister in an interview with Radio New Zealand, she responded, “I am not the first woman to multitask. I am not the first woman to work and have a baby; there are many women who have done this before.” And while many women have gone on to have high-powered, successful careers while pregnant and parenting, Ardern’s pregnancy and birth is still notable and unique.

Congratulations for the happy couple quickly poured in:

We wish to extend our love and congratulations to Prime Minister Jacinda Ardern and her partner Clarke Gayford on the birth of their child ? pic.twitter.com/W6S8vC5b5h

Congratulations to @jacindaardern & @NZClarke on the birth of their daughter ??today. What a proud day for Jacinda & Clarke & for us all. New life, new hope. Parenting arrangements are #genderequality in action. This is 21st C NZ. #ProudKiwi ?? https://t.co/w52w8CJLSJ

Just been marching round my living room singing Beyonce’s “Strong enough to bare the children, then get back to business”

Everytime I hear about @jacindaardern pending/actual labour it makes me teary with pride in our small forward thinking country.

My prime minister just gave birth, I can’t get over how cool that is. I live in such a great country.

#BREAKING: It’s a girl! Congratulations @jacindaardern, who has just given birth to a healthy baby! https://t.co/6ojD00RuOj pic.twitter.com/qZZOyfwFoK

It was a real pleasure to meet Jacinda with @EmilyThornberry in April in London.

The whole of @UKLabour sends you our best wishes. pic.twitter.com/7iwdJCLMCZ

Congratulations PM @jacindaardern on the birth of your daughter! Reposting this, relevant as ever, “Benazir Bhutto showed you can be a mother and prime minister” https://t.co/QzKrC4GOfu #Pakistan #NewZealand ?

New Zealand’s Ardern, and Pakistan’s Bhutto before her, show that motherhood does not hold women back. The abortion industry spreads the message that children will prevent women from getting an education or working in a career that they love, but this is a falsehood. Women need and deserve our support and help. They don’t need to make a terrible choice between motherhood and accomplishing their goals. Women are strong enough to do both.