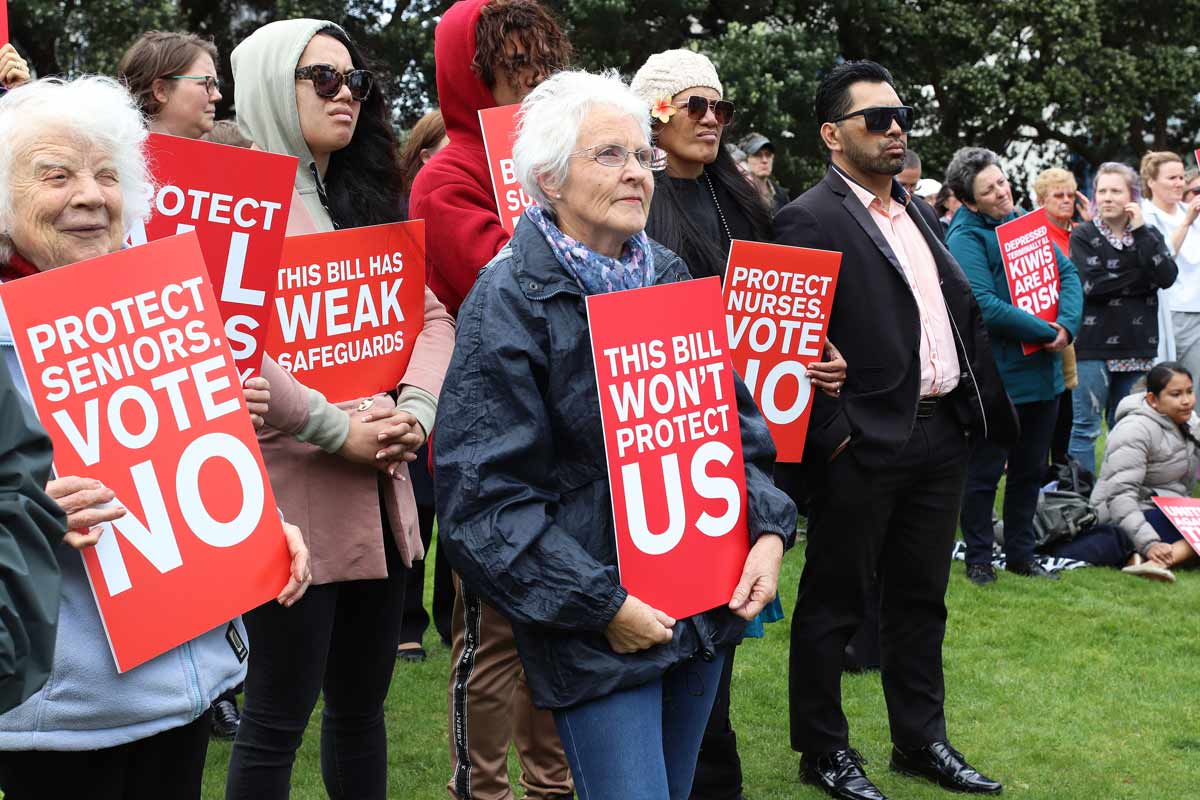 New Zealand has become the seventh country in the world to legalize euthanasia after voters overwhelmingly passed the referendum by a margin of 65.2% to 33.8%. This means that, despite 480,000 votes which still need to be counted, the outcome cannot be overturned. Therefore, the End of Life Choice Act will take effect on November 6, 2021.

New Zealand Right to Life responded to the referendum with a press release decrying the news:

… This Act is a threat to the lives of every person in our community. It is not the end of change in these laws, but merely the first step in implementing the agenda of the international euthanasia movement, who ultimately desire assisted killing for anyone who is tired of life, or who believes that they may be a burden on their family or society so cannot justify their continuing existence. 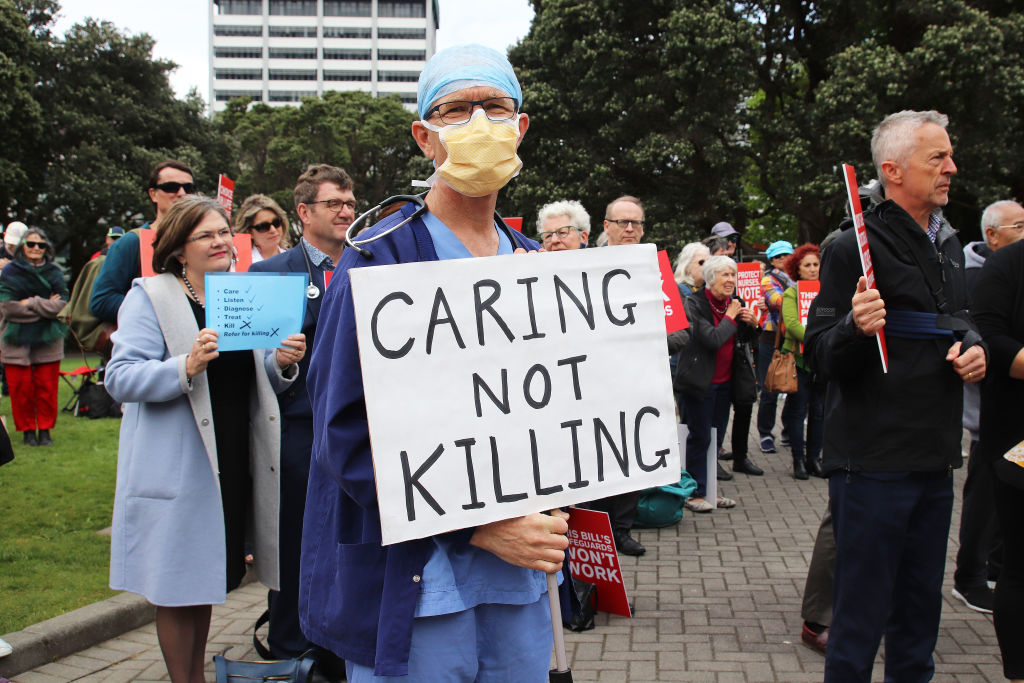 WELLINGTON, NEW ZEALAND: Protesters rally at Parliament on November 13, 2019 to voice their opposition to the proposed End of Life Choice referendum which will ask voters in the 2020 general election to decide whether the Government should progress a Bill that seeks to give people with a terminal illness the option of receiving assisted dying, legalising euthanasia. (Photo by Lynn Grieveson – Newsroom via Getty Images)

The Salvation Army likewise responded negatively. “We believe many New Zealanders are unaware of the lack of safeguards contained within the End of Life Choice Act and vulnerable people, such as the elderly and those struggling with mental illness, will be especially at risk from this law,” Salvation Army territorial commander Mark Campbell told the New Zealand Herald. “The Salvation Army calls on the Government to increase funding to enable more people to access New Zealand’s world-renowned palliative care system. We believe that, with adequate access to high-quality end-of-life care, vulnerable people can be supported through their illness and dying, and will not feel pressured into euthanasia.”

John Fox, a disability advocate, told the New Zealand Herald that he was disappointed by the vote. “I am pretty gutted,” he said. “Instead of improving palliative care and addressing any of the underlying issues we’ve opted to assist people to commit suicide.”

The referendum had been opposed by people with disabilities, as well as some people battling terminal illnesses, who all insist their lives are worth living. Vicki Walsh is a New Zealander with brain cancer, who has lived years longer than doctors originally predicted — but when she originally got the diagnosis, she was suicidal. “Obviously euthanasia wasn’t an option, but I had a go at killing myself,” she admitted. “So had euthanasia been an option then, it is probably one I would have taken, not realising I was actually depressed.”

Others, like tetraplegic model Claire Freeman, said living with a disability had originally led them to feel suicidal at times, and were grateful that the option wasn’t something promoted to them by doctors. “I realised that a lot of the advice I had been given, like from the psychologist and from a psychiatrist who saw me after an earlier suicide attempt, was because they were looking at me and just seeing the disability,” Freeman said. “They were not saying, ‘Hey, what’s going on in your life? Are you working too much? Are you in too much pain?’ None of those questions were asked, it was just, ‘Of course she wants to die, she’s in a wheelchair, she’s in pain.’”

David Seymour, who sponsored the legislation, celebrated the referendum being passed. “The country has decided to support compassion and choice,” he said to the New Zealand Herald. “What a great day to be a Kiwi.”

Tragically, New Zealanders have chosen to ignore the chorus of voices calling for all lives, including the poor, the elderly, the disabled, and the ill, to be valued. Instead, these people will be told that their lives are no longer worth living, and for them, suicide is more “dignified” than living is. And there’s nothing compassionate about it.