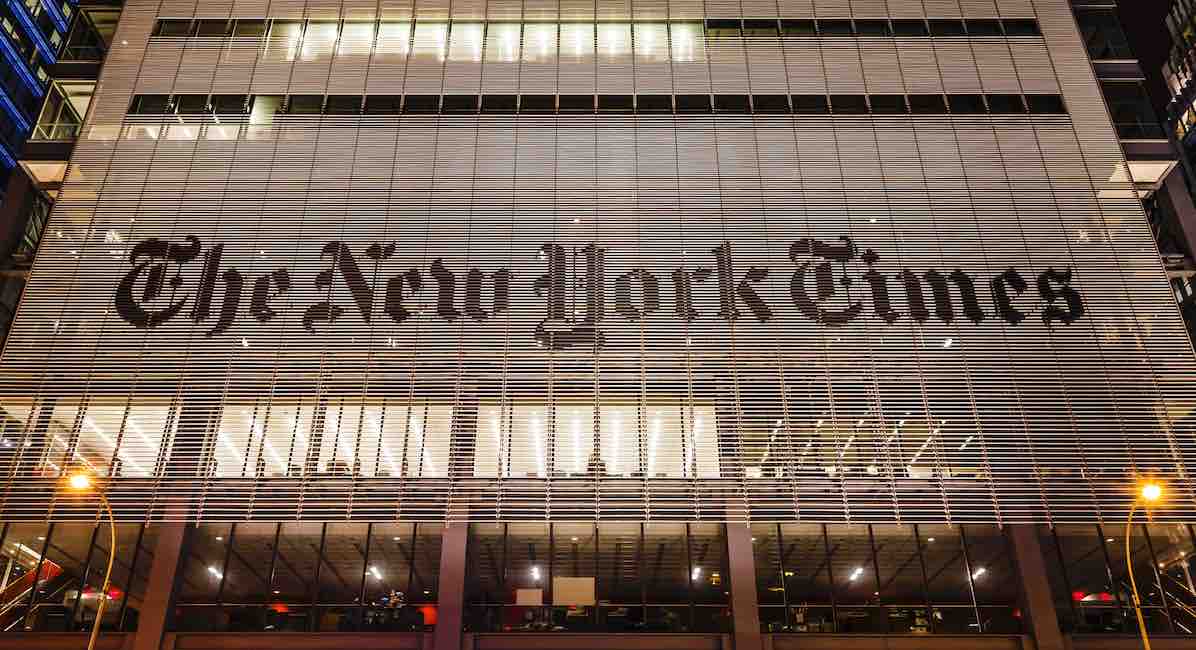 A recent article in the New York Times picks up the story of a woman denied an abortion, but no matter how hard the author tries to frame the story negatively, a pro-life message shines through.

Tamara Nelson of Argyle, Texas sought an abortion at seven weeks, shortly after Texas’ heartbeat law was passed. She immediately feared for how she could provide for her three children as she fled a violent domestic abuse situation, and found herself with little support. She also had to quit her $36-an-hour bookkeeping job due to complications with her pregnancy.

“They provided me with everything right there: baby bag, diapers, formula, clothes for me. They even gave me a couple of little clothes for my daughter and a toy,” Tamara told the New York Times. Blue Haven Ranch would help Tamara find a place to live, pay her household bills, provide job training, and offer financial counseling. The organization threw her a baby shower and bought every single item on her registry. When her son Cason was born, Blue Haven Ranch and its founder, Aubrey Schlackman, supported her in a zen birthing suite where Schlackman’s own son was born. Tamara and Cason had an herbal bath after delivery.

Are you comfortable with the headline? Because the headline implies she wasn’t ready, and the article notes how glad she is that her son is here. There’s no regret expressed at all.

All of this was funded by private donations. And the pro-life organization didn’t stop after Cason’s birth. Blue Haven Ranch found her an affordable place to live in the same complex as other members — mothers and families they’re helping — so that she would have a community. They moved all of her belongings expense-free when Cason was just one month old. Throughout the whole process, Schlackman has remained personally involved, making sure Tamara slowly works up to success, getting the job training and experience she requires.

Yet Blue Haven Ranch knows that its support cannot last forever, and so its volunteers chart a course for members to become independent again. For Tamara, the goal is that she can support her family with minimal assistance. Blue Haven has “levels” of assistance leading to financial independence, “where there’s certain things the program does do and does not do anymore,” said Schlackman. “[Tamara] still has 14, 15 months before she’s done, and she’s already made such great progress.” Currently, she is at level two, where she covers her own food, car, and phone bills, as well as medical expenses.

For abortion activists at the New York Times who chronicled Tamara’s story, Blue Haven Ranch and Tamara’s successes run contrary to their preferred narrative. Instead of celebrating their triumphs, the authors belittle the achievements of groups like Blue Haven as having “such a limited reach that they are not reliable alternatives to government aid for babies born to poor mothers in a post-Roe world.”

Setting aside the implication that the existence of a human is a net negative, the authors overlook the consideration that limitations and constraints are a part of almost all assistance programs, including many of the most popular government aid programs. Special Supplemental Nutrition Program for Women, Infants, and Children (WIC) has age limits for children, and once a pregnant woman has her baby, she quickly becomes ineligible for benefits. And while government benefits are available to many, waiting periods and time to access benefits, as well as a bureaucratic system to filter through, can make accessing such benefits more complicated and less personal than pro-life charities and the people like Schlackman who run them.

Despite the attempts by the New York Times to frame Tamara’s story as a disappointment, the story comes across as a vindication of good works by pro-life groups like Blue Haven Ranch – something that became clear in reactions on Twitter.

“…The headline implies she wasn’t ready, and the article notes how glad she is that her son is here.  There’s no regret expressed at all,” said one response. The fact is that Blue Haven Ranch’s successes run contrary to abortion advocates’ goal of undermining the legitimacy of pro-life laws, and the authors’ attempt to use Tamara’s story to fit the pro-abortion narrative comes across as callous and disingenuous.

As for Tamara, she knew about the limits of Blue Haven Ranch’s assistance, and she was prepared from the beginning. “I came in the program knowing this is not forever,” she said. “When it’s not yours you have to learn to not get comfortable, because at any moment it could stop.” And like 96% of other women denied an abortion, while she knows the difficulty of being a single mom of four, she does not regret the birth of her son. “I’m so happy he’s here. But it’s a lifelong decision that I have to maintain.”