A recent New York Times opinion piece suggests abortionists should dispense the abortion pill through the mail, in violation of the Food and Drug Administration’s Risk Evaluation Mitigation Strategy (REMS).

The Times piece quotes extensively from the co-founders of abortion advocacy group Plan C, which publishes a “report card” encouraging women to get abortion pills from foreign websites like Aid Access, which sell them illegally. Several of these websites have received FDA warning letters or abuse complaints. The FDA specifically warns women against purchasing abortion pills online for safety reasons.

Plan C encourages doctors to “take the first step for mailing mifepristone: registering with Danco Laboratories or GenBioPro, the only F.D.A.-approved manufacturers.”

FDA warns consumers to not buy the abortion pill over the internet (Image: FDA)

Also quoted in the piece is Dr. Mitchell Creinin, who is simply described as a “veteran medical researcher” from the University of California, Davis. “I strongly believe that the R.E.M.S. does not limit the ability to send mifepristone by mail. It says you have to dispense the drug to the patient in the clinic. But the act of distribution — by mail, by overnight delivery, whatever — is different than dispensing,” Creinin states. 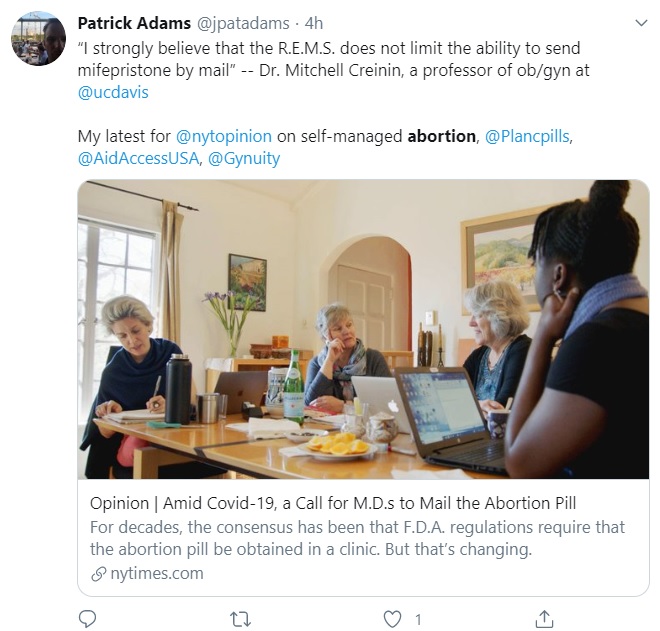 Though the New York Times states that Creinin is unaffiliated with Plan C, the outlet neglects to mention that he is affiliated with Danco Laboratories, the manufacturer of the abortion pill. Live Action News previously reported Creinin’s multiple conflicts of interest where abortion pill expansions are concerned: 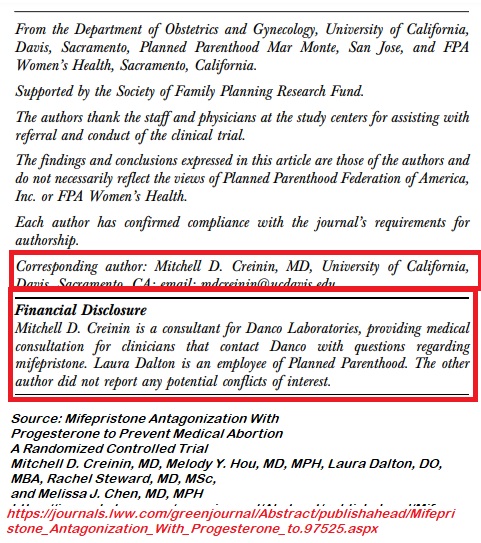 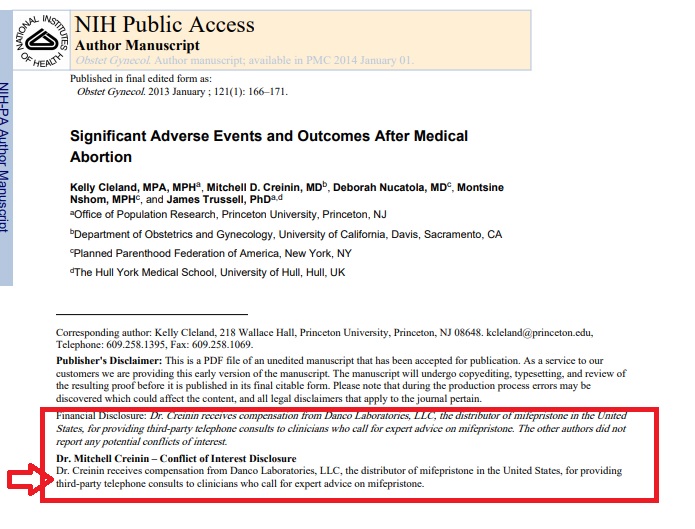 When the [FDA] reviewed and approved the original new drug application for Mifeprex in 2000, it concluded that certain distribution restrictions were necessary to ensure the safe use of that drug. These restrictions were converted to a risk evaluation and mitigation strategy (REMS) in 2011.

In 2016, after reviewing the additional data and information submitted by the sponsor of Mifeprex, and after taking into consideration the safety data that had become available since the initial approval of Mifeprex, the FDA concluded that certain restrictions continue to be necessary to ensure the safe use of Mifeprex.

The full REMS document, updated in April of 2019, states clearly that mifepristone must “… only [be] dispensed in certain healthcare settings by or under the supervision of a certified prescriber,” and adds that the sponsor (Danco) must “de-certify healthcare providers who do not maintain compliance with certification requirements.” (emphasis added) 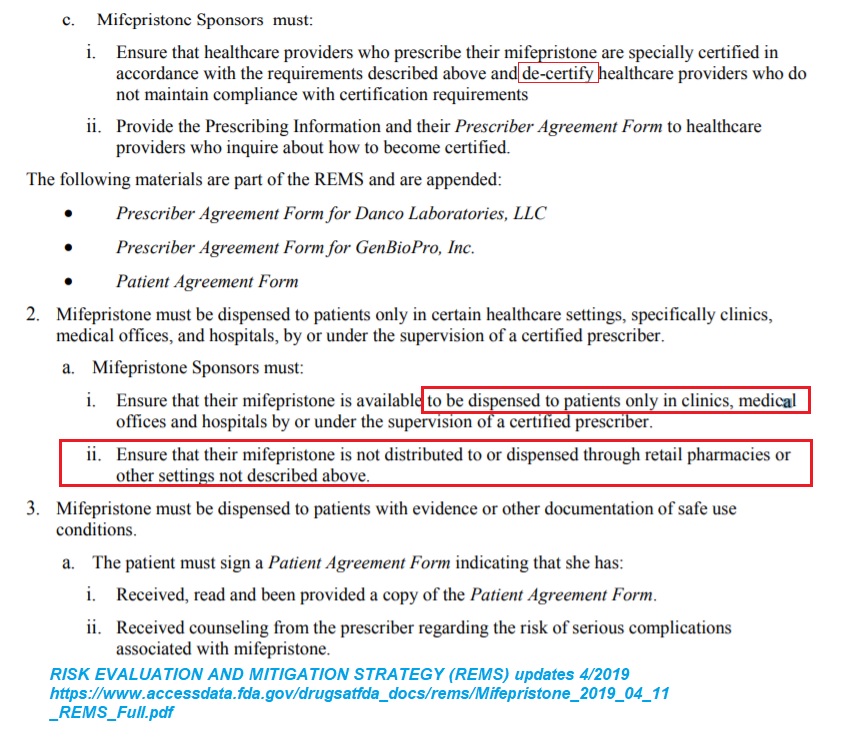 Plan C was founded in 2015 by Elisa Wells and Francine Coeytaux, and is a fiscal sponsor of the National Women’s Health Network, which is heavily funded by the pro-abortion Ford Foundation.

Like Creinin, Wells and Coeytaux suggest that the FDA regulations do not actually prohibit doctors from mailing the abortion pill. “Most U.S. providers have taken the R.E.M.S. to mean that mifepristone cannot be mailed. We disagree. We think providers have clear latitude to ‘dispense’ the drug from their offices and then ship it to patients.”

As shown below, the FDA’s policy regarding REMS requirements during COVID-19 does not change the requirement for in-person visits. 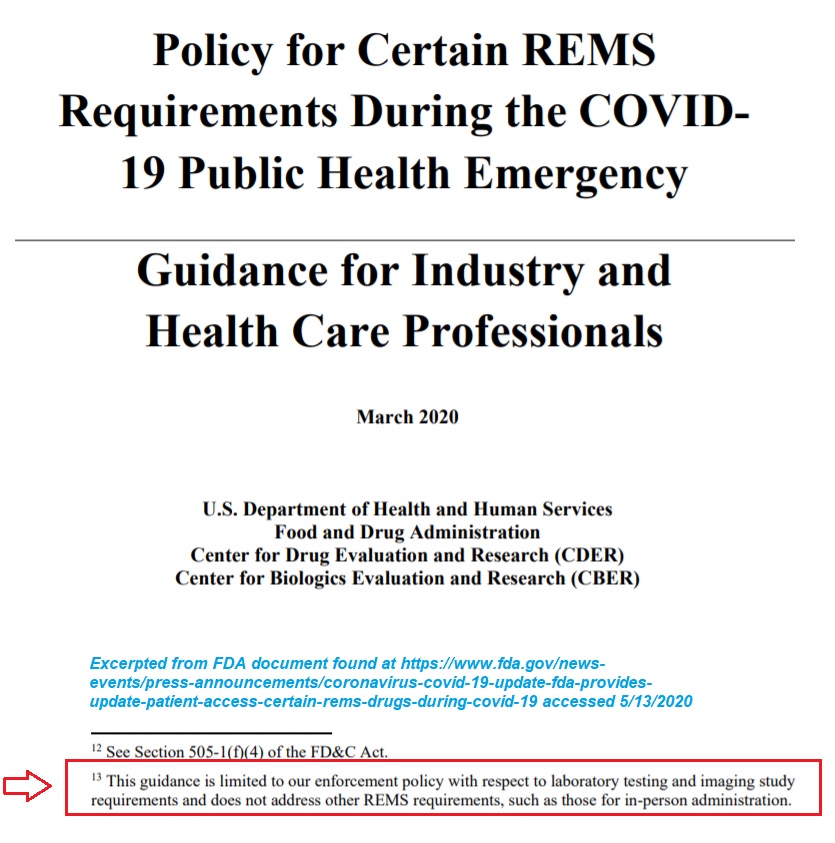 FDA Guidance for REMS under COVID19

Despite this, Wells claims several abortion doctors “have started shipping the pills or are planning to soon,” in direct violation of FDA regulations. Should the FDA fail to put a stop to these violations and allow the abortion pill by mail, they could open the floodgates to what may become the largest expansion of abortion in decades.