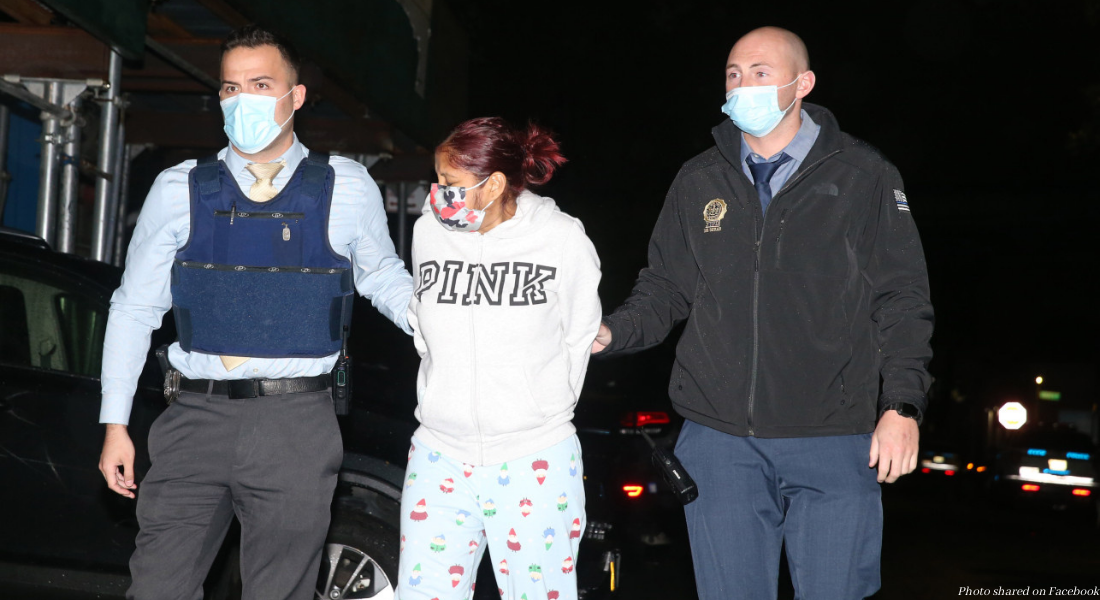 A woman in Queens, New York, has been arrested for attempted murder after she threw her newborn son out of her bathroom window, just moments after he was born.

The baby boy was discovered on the morning of Sunday, October 18, by a neighbor who had heard whimpering and went to investigate. She found the baby boy naked with his umbilical cord still attached, lying on the ground next to the garbage area for the building.

She called police, who found blood on the ground, on the wall leading up to the first floor bathroom window, and on the window sill. The baby was taken to a local hospital and was placed on a ventilator before being transferred to Cohen Children’s Medical Center. According to the New York Post, doctors said he suffered hypothermia, a traumatic brain injury with bleeding and swelling on the brain and scalp as well as an abdominal injury with internal bleeding. He is in stable but critical condition.

According to NBC 4, when questioned by police, 23-year old Sabita Dookram said, “I gave birth yesterday afternoon. I cut the cord with a scissor from the bathroom. I panicked and threw it out of the bathroom window. I did not check on the baby, I put my clothes in the laundry hamper in the bathroom, I showered and went to sleep.” She had allegedly given birth in the bathtub.

Queens District Attorney Melinda Katz announced on Tuesday that Dookram has been charged with attempted murder, assault, reckless endangerment, tampering with physical evidence, abandonment of a child, and acting in a manner to injure a child. She received a psychiatric evaluation at Jamaica Hospital.

“This is a heartbreaking situation. A newborn baby has suffered greatly because of the alleged actions of his mother, who now faces serious charges and a lengthy prison sentence,” Katz said in a statement.

While Dookram is facing attempted murder charges for this act, abortion is legal in New York, which codified Roe v. Wade into law with its Reproductive Health Act in January 2019. Because of this, the RHA — despite fact checks claiming the contrary — allows for abortion up to birth, thanks to the language contained in Roe‘s partner decision, Doe v. Bolton, which allows for abortion throughout nine months for any reason, including financial, mental, or familial.

Killing a child before birth is no different than killing a child after birth. A human being’s size, level of development, environment, and level of dependency do not determine their value. Every human being is equal from the moment of fertilization until natural death.