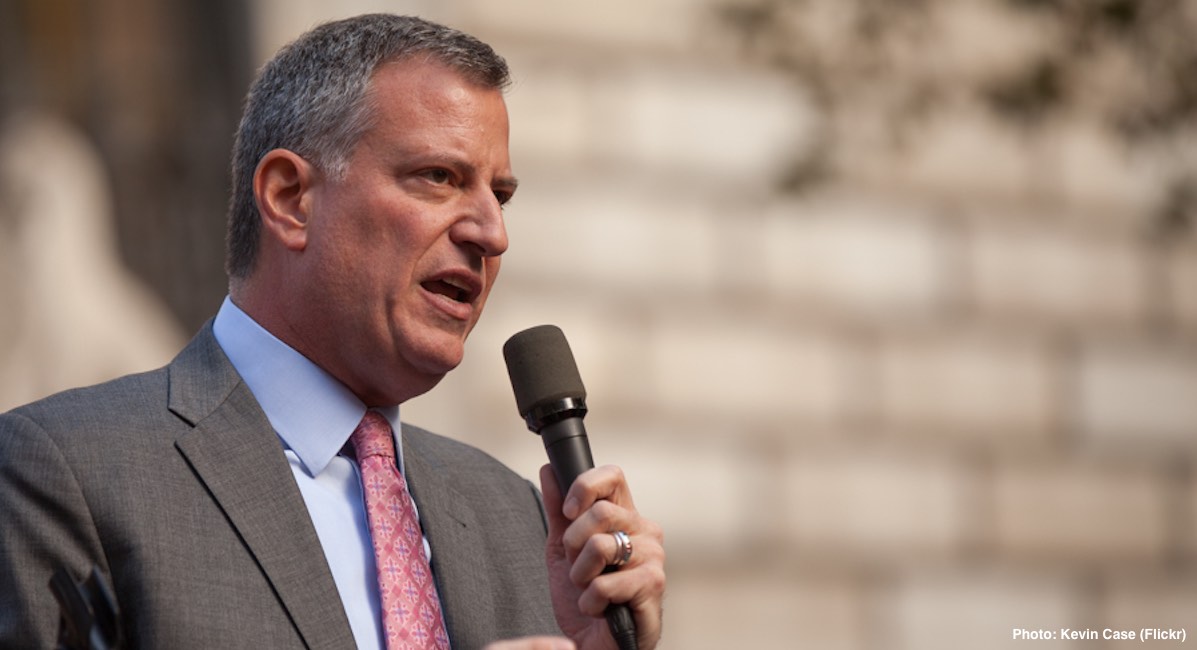 In protest of the Trump administration’s Protect Life Rule, New York City officials chose to reject $1.3 million in federal funding for public hospitals in order to continue promoting abortion. The announcement comes weeks after New York City became the first municipality to pay directly for the abortions of low-income children.

Liberty Counsel reports in a press release that Mayor Bill de Blasio, Deputy Mayor for Health and Human Services Dr. Herminia Palacio, and President and CEO of NYC Health + Hospitals Dr. Mitchell Katz made the announced that as long as the Protect Life Rule is in effect, they will refuse Title X funding, which supports family planning services for low-income women.

As Live Action News previously reported, the Protect Life Rule requires a “clear financial and physical separation between Title X funded projects and programs or facilities where abortion is a method of family planning.” The rule has prevented Planned Parenthood, which refuses to separate its abortion business from the limited birth control and cancer screenings it offers, from receiving about $60 million annually in Title X funding.

Mayor Bill de Blasio characterized the pro-life protections as a “gag rule,” claiming, “The doctors and nurses at the heart of New York City’s public hospital system took an oath to protect and serve patients, and we will do whatever’s necessary to ensure they are able to provide the best medical treatment. Our decision to reject Title X funds sends a clear message – we will not stand by while the Trump Administration tries to censor our providers and prevent them from giving patients information about abortions.”

Bloomberg quoted de Blasio in part from a news conference on his decision to reject federal funds:

“Our public hospitals will continue to give full reproductive care; no public hospital will be prohibited from giving full truthful advice to their patients,” de Blasio said during a news conference at Bellevue Medical Center, the oldest continuously operating hospital in the U.S., founded in 1736. “There’s no city that turns down federal money lightly. We’re not going to accept this gag rule in New York City. We’re going to make sure that women’s reproductive health rights are honored. We have to make sure nonprofits are made whole as well.”

Planned Parenthood is, of course, classified as a “nonprofit” organization, though it has excess revenues in the tens of millions each year.

Abortion is not health care, and it is not necessary to violently end the life of a preborn child with a beating heat in order to advance the best interests of women.

Abortion activists, with de Blasio as their mouthpiece, claim that pro-lifers value preborn humans above the lives of their mothers. In fact, the reverse is true: Abortion activists have shown time and again that they view the only way forward as sacrificing preborn children to “empower” women. Nothing is empowering about telling mothers they must kill their own children in order to live and pursue their dreams.

As Mat Staver, founder and chairman of the Liberty Counsel, aptly stated, “This tantrum by Mayor de Blasio and other New York City hospital bureaucrats to forgo federal funds is driven by their absence of concern for human lives.” He noted, “There are people that truly need medical attention in those hospitals. However, it is ironic that doctors and nurses in the public hospital system ‘took an oath to protect and serve patients’ but city and state officials will do whatever necessary to murder unborn children and harm women. This is just another example that New York wants to become the world sanctuary for abortions.”