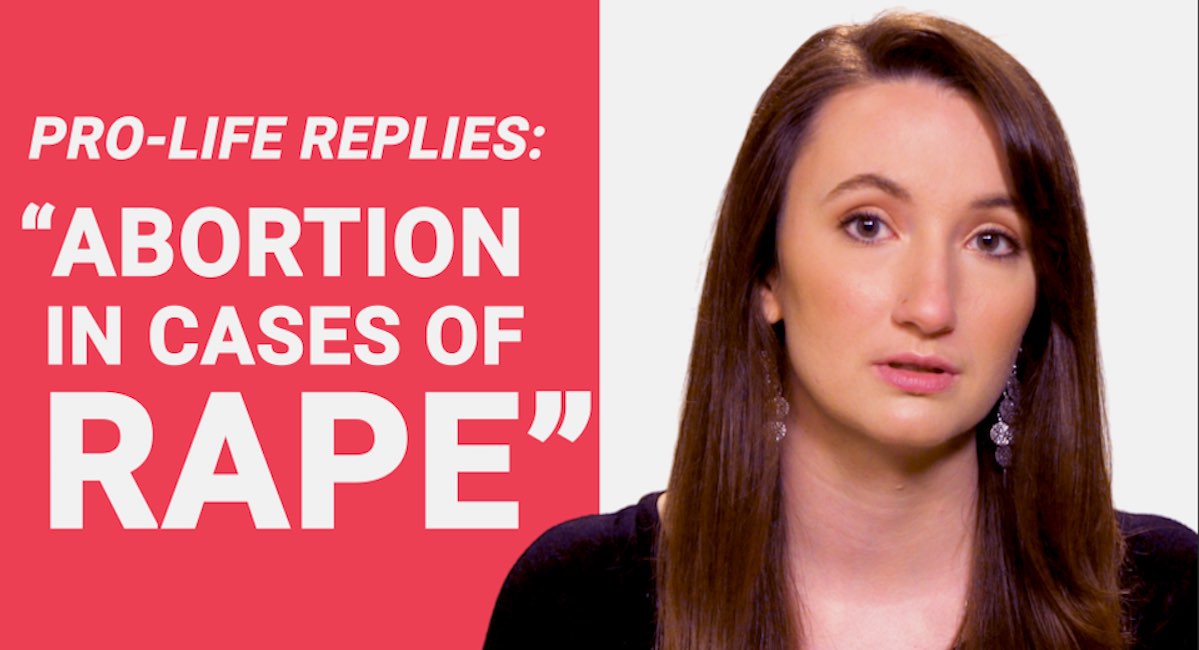 The latest video in Live Action’s “Pro-Life Replies” series was released today in response to the often-heard claim, “Abortion is justified in cases of rape. You can’t force a rape survivor to carry a pregnancy to term.” For some, the idea of a woman carrying to term a child conceived in rape is an unfathomable injustice. For others, the idea of eliminating that child’s life simply because of how he or she was conceived is an equally unfathomable injustice. One thing on which we all agree is that rape itself is a horrific injustice, and that survivors need and deserve resources for help and healing — and those who assaulted them must be punished to the fullest extent of the law.

Stephanie Reynolds, featured in Live Action’s video below, was conceived in rape. “When someone says that children conceived in rape should be aborted, they are talking about me,” she says. “My mother saw that my life was not worth less than anyone else’s simply because of the way I was conceived, and that I should not be put to death for the crimes of my father.” It may surprise people to learn that many rape survivors who become pregnant through sexual assault choose life for their babies. WATCH:

The Live Action video features Jennifer Christie, a rape survivor who learned she was pregnant after a brutal attack, and who chose life for her son and raises him with her husband, Jeff. “I was told that ‘If you just abort, everything will be okay, and you’ll forget. If you just abort, then you can move on,'” Jennifer says in the video. “There is no forgetting…. Is my son a reminder? He absolutely is. My son is a reminder every day that as women we can rise above our circumstances. My son is a reminder that love is always stronger than hate, and that who we are as human beings is not determined by how we were conceived.”

Ashley Sigrest, another rape survivor who chose abortion when she became pregnant, says in the video that in her experience, “the abortion just makes the rape 1,000 times worse. Because now you have these two horrible events that you have to deal with.” 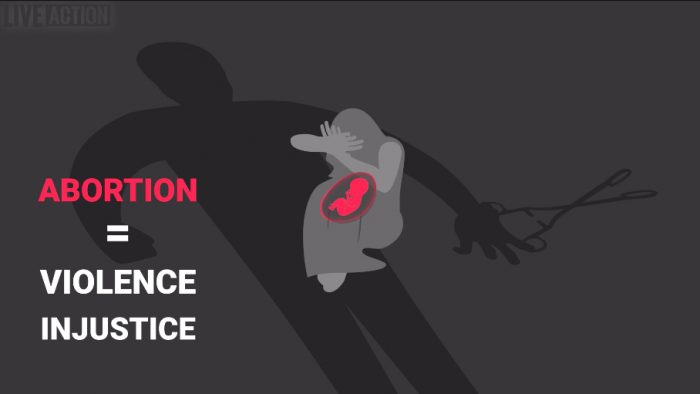 “Yet another innocent victim”

“Abortion does not erase the rape or undo the violence that the woman has suffered,” notes Reynolds. “As many rape survivors have poignantly testified, abortion is actually an obstacle to healing after rape. Abortion adds trauma to trauma, and it creates yet another innocent victim.”

When a woman becomes pregnant from rape, there is more than one life involved. The human being in the womb is not “the rapist’s spawn” or “evil.” He or she is an innocent human being who had no voice or choice in the matter of his or her conception… just like the rest of us. “It is never fair to punish an innocent child with what amounts to the death penalty because her father committed a heinous crime. Under our current laws, we do not even give rapists the death penalty,” Reynolds notes. “So, to put the child to death is to give rapists more rights than we give innocent preborn children.”

While some call killing by abortion a “human right,” the child in the womb is a human, too.

Serrin Foster, president of Feminists for Life, gave an illustration of how advocating abortion for sexual assault survivors can affect those conceived in rape:

When someone asks about exceptions for rape and incest, we must also consider how that makes those feel who were conceived through sexual assault.

Well-meaning statements can hurt. As one UC-Berkeley grad student said to her pro-choice peers, “I have a right to be here.”

They responded, “We didn’t mean you!” She asked, “Whom did you think you meant?”

My mother told this story to a coworker who agreed and said, “People never think they are talking to an exception — like me.”

Could you look at someone conceived in violence and tell her that she never should have been born? What if it turned out to be your best friend — or a relative? Would that change the way you felt about her?

Rape survivors and their children deserve support. They deserve resources to heal. And rapists deserve to be penalized to the fullest extent of the law. Killing a child conceived in rape simply adds violence to violence.

If you have become pregnant through sexual assault, you can contact Choices4Life for help.