According to a new Harvard CAPS/Harris poll, the majority of Americans want Roe v. Wade either modified or overturned. Roe (and its partner decision, Doe v. Bolton) legalized abortion through all nine months of pregnancy. Unfortunately, in a secondary poll question, respondents were given misleading and confusing answer choices when asked about what point in pregnancy they would want abortion to be made illegal. 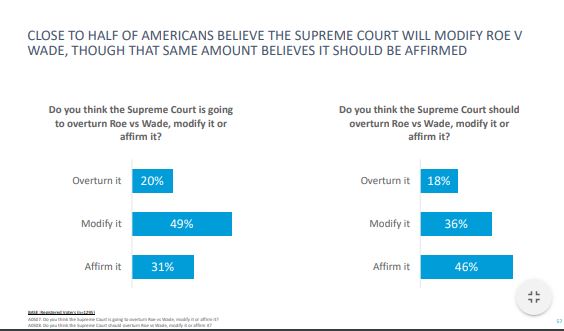 Results of the Harvard CAPS/Harris poll on Roe v. Wade.

Despite the fact that more than half of those surveyed disagree with Roe v. Wade, The Hill reported the results as “nearly half of Americans say Supreme Court should uphold Roe v. Wade.” This type of biased headline at first glance makes it appear as though most Americans support abortion-on-demand. This simply isn’t true.

Interesting way to report that the majority of Americans would like Roe modified or overturned https://t.co/7MPDmiplZ4

Similarly, The Harvard CAPS/Harris poll found that Americans believe there should be restrictions on abortion. However, that’s where things get confusing with this poll. 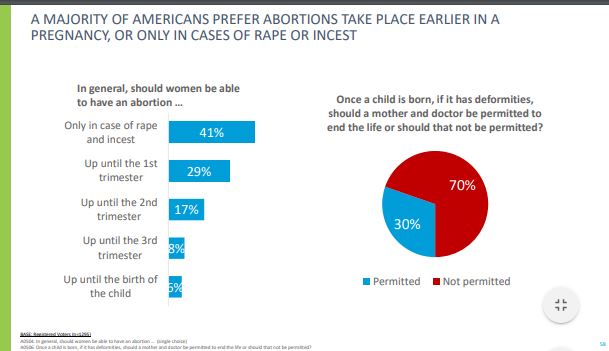 The options for one question in the Harvard CAPS/Harris Poll are odd and led to inaccurate results.

Because of this misleading wording, the results of this particular question are inaccurate. Was this a move to alter the survey to make it appear more abortion-friendly?

As it stands, the results, though unreliable, lean towards the majority of Americans wanting abortion heavily restricted. 41 percent said that abortion should be allowed only in cases of rape or incest. 29 percent said it should only be legal “up until the 1st trimester.” Those who marked “Up until the 3rd trimester” and “Up until the birth of the child” together accounted for just 14 percent of respondents.

Despite The Hill’s attempt to mislead on the results of this poll, and the confusion surrounding Americans’ opinion on limiting abortion, what is clear is that most Americans disagree with Roe v. Wade. They want abortion restricted – and it seems the earlier, the better.