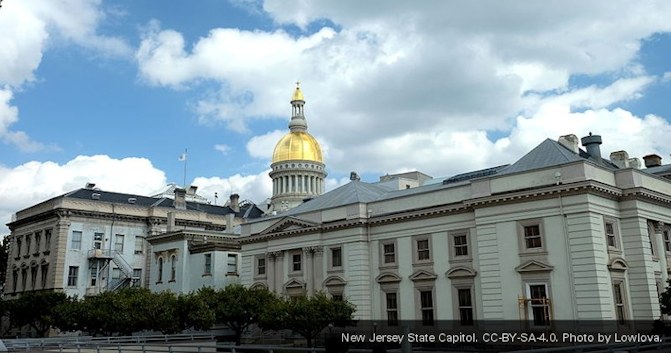 Last month, 29-year-old cancer patient Brittany Maynard ignited the debate on assisted suicide when she vowed to kill herself on November 1, a promise that she went through with by committing suicide just days after her husband’s birthday as planned. Before killing herself, though, Maynard chose to advocate for the legalization of assisted suicide, allying herself with Compassion & Choices (formerly known as the Hemlock Society).

The 41-31 vote came after the measure was pulled from consideration in June.

The bill establishes a procedure for patients to request to end their lives. A second doctor would have to certify the original terminal diagnosis and confirm the patient is capable of making the decision to die without pressure from others.

A patient must have a prognosis of six months or less to live to request and be prescribed medication under the bill.

New Jersey Governor Chris Christie, for his part, has promised to veto the bill. While it is heartening to see that Christie is willing to stand up for the dignity of human life — and let’s be honest here, there’s nothing dignified about suicide — it is still troubling to see that so many people have fallen for the lies of organizations like Compassion & Choices.

Usually, people who are suicidal and seek help are talked off the ledge; if they go to an assisted suicide clinic, they’ll be handed the equivalent of a loaded gun and people will cheer them on as they pull the trigger. It’s disgusting seeing people so enthusiastic at the idea of someone killing themselves. If a healthy person kills themself, it’s a tragedy; but if the person has cancer, it’s something to celebrate. How is it that so many people fail to see the cognitive dissonance there?

And while robbing people who are terminally ill of their dignity and humanity by encouraging them to kill themselves is bothersome enough on its own, the fact is that assisted suicide is known to be regularly abused — it always starts out being for the terminally ill only, but that never sticks.

Health ministers advocate for the euthanasia of the poor; people who are elderly, lonely, depressed, and disabled are all considered fair game. Even children are eligible for assisted suicide now. In the United Kingdom, a woman won the right to kill her disabled daughter, even though said daughter was not terminally ill, not on life support, and able to breathe on her own.

In the United States, Oregon is one of several states that has legalized assisted suicide, and we have already seen the inevitable happen there as well. People who are depressed are killed by assisted suicide, and cancer patients are denied treatment for their disease, yet are encouraged to kill themselves instead.

Assisted suicide is dangerous. There’s no getting around that. And it is one of the most unethical, immoral things to advocate for. The terminally ill are some of the most vulnerable people in existence, and we should be fighting to protect and reassure them. Someone who is dying is not any less deserving of life; they certainly do not deserve to have their family and health care workers abandon them and feed into the depression and despair that many of them feel.