The New Jersey Board of Medical Examiners has issued a consent order requiring 82-year-old abortionist Vikram Kaji to sell his seven New Jersey abortion facilities which operate as American Women’s Services (making up half of the abortion businesses in the chain). Kaji voluntarily surrendered his medical license earlier this year after he was found incompetent to practice medicine following a stroke. He is also a sex offender, and now has sixty days to sell the abortion facilities to a “licensed physician,” according to the Philadelphia Inquirer.

In 1993, the Board found that Kaji’s alleged improper sexual contact with three patients constituted gross malpractice. He was disciplined for engaging in the sexual abuse of these patients and even prescribed a controlled dangerous substance to one of those patients – a young girl who had been a victim of child sexual abuse and had a history of psychiatric troubles. He was ordered to undergo psychological counseling, accept no new patients, serve one year active suspension and three years probation, and have a female attendant present during female patients’ examinations. 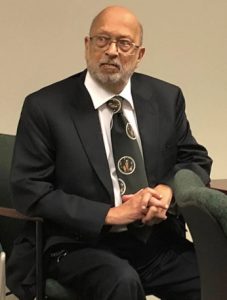 According to Operation Rescue, this New Jersey abortion chain has long been under scrutiny for the illegal and horrific behavior of the abortionists associated with them. They were originally owned by Steven Chase Brigham, whose medical license has been revoked in six states. In 2014, Brigham was caught operating an illegal bi-state late-term abortion scheme. He was initiating abortions as late as 30 weeks at his office in Voorhees, NJ, where he was only permitted to commit abortions up to 14 weeks. He would then induce women into active labor and move them to a secret late-term abortion facility in Maryland to complete the abortion. He was never licensed to practice medicine in Maryland, so he used the license of an elderly physician as a cover. He was caught after he botched a 22-week abortion and nearly killed the teenage girl.

If Kaji is able to sell the facilities, Brigham may be removed from the businesses as well, according to Operation Rescue. If he is unable to sell within 60 days, the abortion facilities will be closed down, including locations in Elizabeth, Englewood, Galloway, Hamilton, Phillipsburg, Voorhees, and Woodbridge.

“It is our hope that no buyer will be found for these shoddy abortion shops, and that they will be forced to close,” said Troy Newman, President of Operation Rescue. “American Women’s Services is the most dangerous and deceptive abortion chain that is still operating in this country. Every day they are open they are exploiting women and risking their lives by cutting corners and lying for the sake of profit without regard for their customer’s lives and health.”