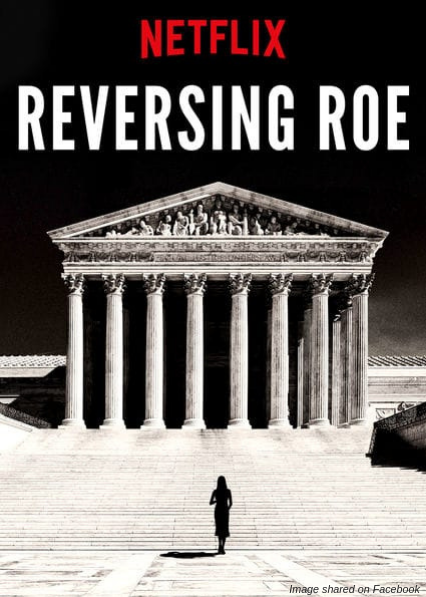 Last week, Netflix released a documentary that aims to explain how abortion became a politicized issue. The 90-minute film “Reversing Roe” has been aptly described as “beyond-timely,” as the release coincides with the confirmation hearings of Judge Brett Kavanaugh and the final weeks before the midterm elections.

Netflix filmmakers Ricki Stern and Anne Sundberg present a narrative that legalized abortion is the logical choice, and any pro-life position likely has ulterior motives. As the Los Angeles Times notes, there’s no question about the pro-abortion bias of the filmmakers; the LA Times states,

“The inclusion of interviews with anti-abortion voices (some who appear scarily robotic) interspersed with reasoned, wary Planned Parenthood leaders seems more to make the history complete than present a both-sides sheen.”

Indeed. But it has come to light that — in predictable pro-choice fashion — days of footage with some amazing women of the pro-life movement were left on the cutting room floor. This glaring political bent to the film leads to some factual oversights.

The only facts of science, medicine, and history we are given in the film are filtered through the lens of the pro-abortion filmmakers. Between the many interviews, the filmmakers include news footage without ascribing the source, leading to a deceptively “neutral” narration that, in reality, is anything but. The pro-abortion activists featured refer on several occasions to the “science” and “medicine” that informs their position. The pro-life side, however, is presented as religious and politically motivated at best, and part of the patriarchy opposed to abortion in order to oppress women at worst. Never mind that science proves that human life begins at conception, and therefore, abortion is the killing of a living human being; the pro-choice filmmakers make it appear that the abortion lobby has a monopoly on scientific fact.

False statistics about illegal abortions play heavily in the film

Describing the years before the Roe v. Wade decision in 1973, that legalized abortion on demand in all 50 states, the Netflix film shows harrowing images of women being carried out of residential buildings on stretchers. An unseen and unidentified narrator states, “The facts are astonishing, 350,000 [women] suffer complications [in illegal abortion]; 5,000 of these women die.” This, indeed, sounds compelling, but it’s not true. As reported by Live Action News’ Carole Novielli, Dr. Bernard Nathanson, an abortionist and founder of one of the most prominent pro-choice groups before becoming pro-life, helped to create this lie:

Deaths from abortion plummeted over the course of the twentieth century, not because abortion was legalized, but because of the introduction of antibiotics. By 1965, almost a decade before Roe v. Wade, the pro-abortion Guttmacher Institute estimates that deaths from abortion amounted to fewer than 200 annually, a far cry from the 5,000 cited in the documentary.

These made up statistics, however, form an integral part of the filmmakers’ argument. The pro-abortion assumption is that women will always have abortions, illegal abortions are “unsafe,” and therefore, the State must grant a woman the right to end the life of her preborn child. This is false.

Studies show that when abortion is restricted or illegal, women have fewer abortions. Even when abortion is legal, cultural changes can dramatically affect the abortion rate. Powerful evidence of this is pro-abortion feminist Gloria Steinem’s remark that “one in three women will have abortions,” — a claim debunked by the Washington Post, which gave it “four Pinocchios” — while multiple pro-abortion activists state elsewhere in the documentary that “one in four women will have abortions in their lifetimes.” The reason for this discrepancy is the decline in the abortion rate in the United States, a decline that has been accompanied by unparalleled educational and professional opportunities for women, not oppression and totalitarian control as many pro-choice activists describe pro-life culture in the film.

Another significant missing detail in “Reversing Roe” is just how much our understanding of abortion has evolved over the past 60 years. The documentary features a woman in the 1960s describing abortion as simply removing “a mass of tissue” instead of dismembering a living child. While the abortion industry continues to mislead women on the subject of fetal development, it is much harder to hold that view today when sonograms are readily available and we can no longer ignore the fully formed child in the womb.

One example of the effect this growing understanding can have comes from the life of former-President George H.W. Bush. “Reversing Roe” presents Bush as a conniving politician who became radically pro-life when it was expedient after holding a pro-abortion position for years. Jon Meacham, a biographer of George H.W. Bush, provides a more thorough explanation of Bush’s acceptance of pro-life policy. In an interview, Meacham describes the effect the pro-life film, “The Silent Scream,” which shows an ultrasound-guided abortion, had on Bush. More personally, the experience of having several adopted grandchildren changed his perspective. Meacham says, “His view of life, of the preciousness of life, grew and became ever more real to him because these children who were adopted and became part of the Bush family were the product of a pro-life culture. If the birth mother had made a different decision, he wouldn’t be able to love these grandchildren.”

“Reversing Roe” closes with the reflection of abortionist Colleen McNicholas, who asks, “If doctors can’t perform the [abortion] procedure or clinics can’t keep their doors open, then what are we left with?” If the Supreme Court does one day overturn Roe v. Wade, we will hopefully be left with a society that can treat both the mother and the child in light of their full dignity and worth.

What “Reversing Roe” refuses to consider is that the pro-life movement is ultimately motivated not by politics, but by the necessity to love both the mother and the child, and this movement can continue to grow regardless of what the Supreme Court decides.