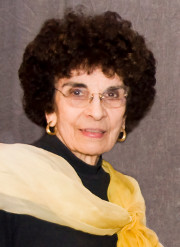 A hero of the pro-life community passed away over the weekend. According to Fox News, Nellie Gray, founder of the March for Life, has died. The circumstances of her death have not been disclosed.

In a press release, March for Life announced Nellie’s passing and told readers more about her life. A native of Big Spring, Texas, Nellie served in the Women’s Army Corps in World War II. She held an undergraduate degree, a master’s degree, and a law degree. After a career with the U.S. government, Nellie helped found March for Life.

Father Frank Pavone, national director of Priests for Life, called Miss Gray “a tireless warrior for the unborn.” According to Father Pavone, Nellie Gray “had a most profound effect on my life.” In a press release from Priests for Life, Father Pavone lauded Miss Gray’s efforts, stating, “Her devotion was on display that same year, 2008, when, despite being in the hospital during the March for Life, she nevertheless was present at an all-day meeting of national leaders the next morning, with a patch on her head.” Miss Gray had fallen off a stage during the opening rally of the 2008 March for Life.

In Priests for Life’s press release, Dr. Alveda King, director of African-American outreach for Priests for Life, noted Miss Gray’s efforts in the African-American community. “Nellie Gray knew that abortion took a heavy toll on the black community,” Dr. Alveda said. “And she urged us to lend our voices to the fight against this terrible injustice. She was a visionary.”

Priests for Life has provided an opportunity to share memories of Nellie Gray here.

Live Action will continue to cover the passing of this pro-life giant.