A Nebraska bill banning dismemberment abortions was passed by the legislature earlier this year. Now, with no legal challenges against it, it has officially taken effect.

The Omaha World-Herald reported that the law took effect last week. This means that dilation and evacuation, or D&E, abortions are now illegal in the state of Nebraska. Often committed in the second trimester, a D&E is a violent procedure that takes several days to complete, and results in the dismemberment of a child who is often still alive.

On the first day, the abortionist inserts laminaria into the mother’s cervix to begin dilation. After one to two days, the abortionist uses a speculum to open her cervix further, and vacuums amniotic fluid from the mother’s uterus. The abortionist then uses an instrument with sharp “teeth,” called a sopher clamp, to literally rip the preborn baby limb from limb. The final part of the procedure is finding, and crushing, the baby’s head.

This procedure is committed in the second trimester, after the preborn baby can almost certainly feel pain.

Late-term abortionist LeRoy Carhart told the Omaha World-Herald that the new law will not affect him. “It’s going to make no difference in what we offer to the populace,” he said. “We will be able to provide the same quality and level of services we have for many years.” Despite Carhart’s statement, his website reveals that he commits second trimester D&E abortions. 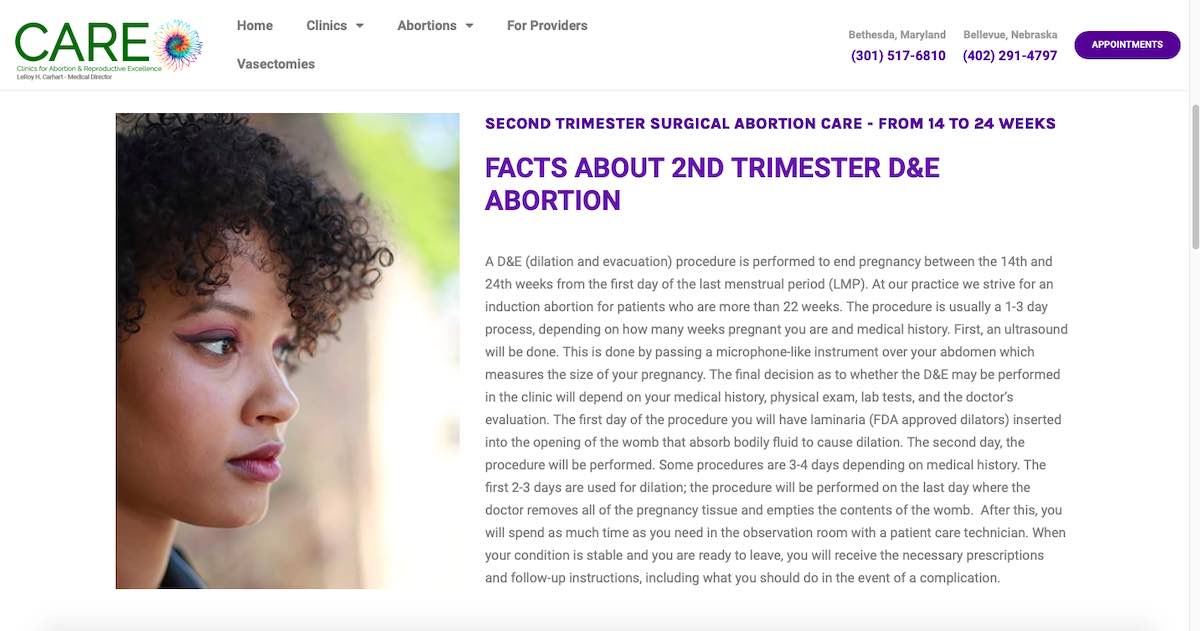 The bill was able to take effect in large part because no lawsuits have been filed to block it, and Planned Parenthood, the nation’s largest abortion chain, said it does not plan to fight the ban. “Planned Parenthood is proud to provide our patients with high-quality, nonjudgmental reproductive health care, and that will not change with this new law,” said Emily Bisek, a Planned Parenthood spokeswoman.

READ: When two reporters decided to watch a D&E dismemberment abortion, this is what they saw

Pro-abortion lawmakers attempted a filibuster against the bill, which was ultimately defeated. Megan Hunt, one of the main opponents of the bill, said at the time, “When you play stupid games, you win stupid prizes, and that’s what I feel is going on right now with this type of bill.”

Despite Hunt’s assertion, polling has consistently found that Americans support heavier restrictions on abortion, including banning abortion past the first trimester.