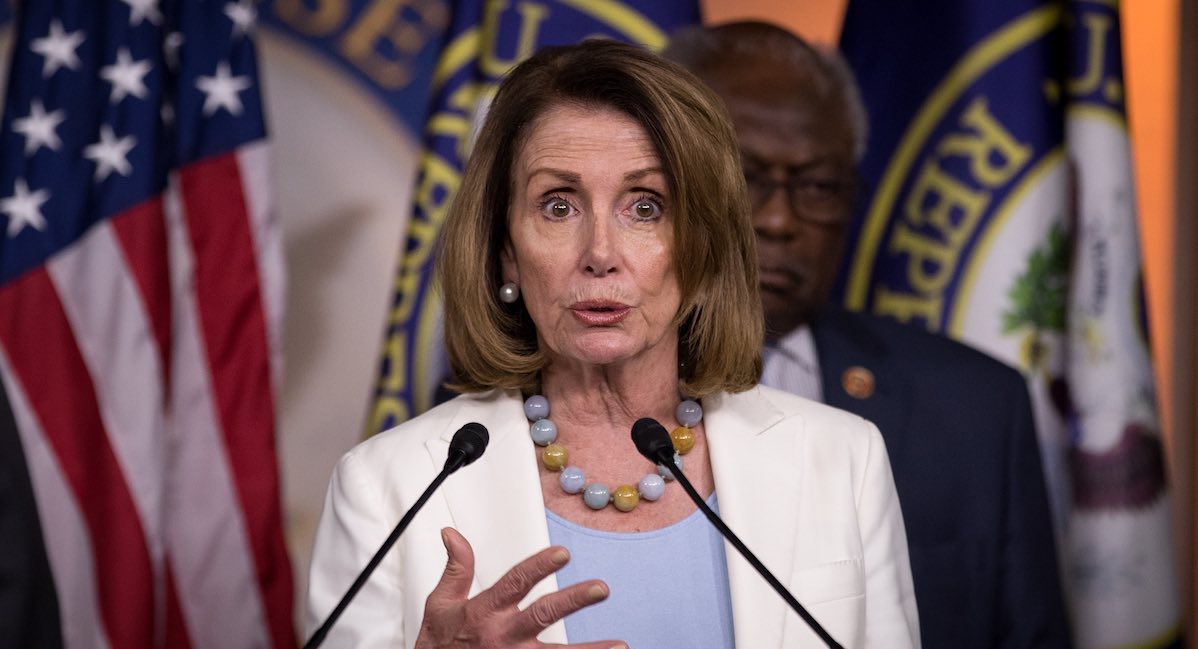 On the January 18th episode of the podcast, “You and Me Both with Hillary Clinton,” House Speaker Nancy Pelosi attacked pro-lifers for refusing to put other issues ahead of the right to life of innocent preborn human beings. Meanwhile, expanding women’s ability to kill those children (at taxpayers’ expense) is at the forefront of Pelosi’s (and the majority of Democrats’) agenda.

“[Y]ou take the abortion issue — and many of these people are very good people; that’s just their point of view,” said Pelosi. “But they were willing to sell the whole democracy down the river for that one issue.”

She added that it “gives me great grief as a Catholic” that pro-life voters would put the right to life ahead of other issues.

The National Catholic Register notes that the United States Conference of Catholic Bishops knows the issues of poverty and the death penalty cannot be ignored, but that ending abortion is the “preeminent priority” for Catholic bishops “because it takes place within the sanctuary of the family, and because of the number of lives destroyed.” Since Roe v. Wade, 62 million lives have been tragically lost to abortion.

That is what Pelosi fails to realize: for pro-lifers, protecting the right to life of the most innocent human beings is the one issue that matters the most, and ending their legalized killing is of the utmost urgency. Abortion is violent and inhumane. Each procedure inflicts its own horrific torture on the preborn child. The D&E dismemberment abortion (the most common second-trimester abortion procedure) is used on viable preborn children who are capable of feeling pain. Their arms and legs are torn from their bodies, as explained in the video below by former abortionist Dr. Anthony Levatino. Until abortion is unacceptable and illegal and the rights of preborn children are restored, no one’s rights or humanity in America are safe.

As a Catholic, Pelosi should be deeply aware of the horrific immorality of abortion. She says she believes in God yet she advocates for the “right” of women to “choose” to slaughter the preborn children He creates, and allows the abortion industry to prey on vulnerable women.

For her part of the conversation, Clinton called it a “terrible” irony of the pro-life movement that the abortion rate declines under Democratic presidents. But this is dishonest at best. While Clinton gave “proper contraception and education and a stigma-free conversation” the credit for that decline, the abortion rate has actually been on a steady downhill slide in the U.S. since the 1990s — under both Republican and Democratic presidents — and the reasons have nothing to do with contraception.

Michael J. New, research associate at The Catholic University of America and an Associate Scholar at the Charlotte Lozier Institute, states that the continued decline in the abortion rate has more to do with Republican gains in state legislatures than who the president was at the time. Between 1992 and 2000, the number of states in which Republicans controlled both chambers of the state legislature increased from just seven to 29. Many of these states have actively been passing pro-life legislation, according to New.

In addition, New notes that it isn’t contraception that caused the abortion rate decline, but the fluctuating rate of unintended pregnancy since the 1980s. A larger percentage of the women facing unplanned pregnancies are choosing life for their babies over abortion. In 1980, about 54% of unplanned pregnancies ended in abortion. By 2011, that number had dropped to 42%.

Pelosi and many abortion advocates in the legislature are misguided in their political stance on abortion because they are influenced by the deep pockets of the abortion industry. Each of them, especially Pelosi — who frequently touts her Catholic faith while supporting the killing of millions of innocent human beings — should know better and therefore do better.