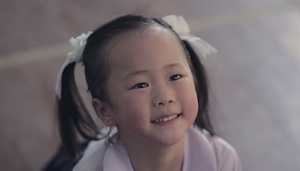 If you haven’t seen this heartwarming video affirming the true beauty of sacrificial love, let me just say that you won’t be sorry for investing seven minutes to watch it. The video, produced by WacoalThailand (don’t fret, it has English subtitles) tells the story of a young woman who bears the scorn of out-of-wedlock, teenage pregnancy, but the truth is far more than meets the eye…

What’s perhaps surprising about the video is that Wacoal is not a pro-life non-profit or a pro-family think tank. It’s a lingerie company. Yet, as part of its “My Beautiful Woman” campaign, the company has released not one but three short videos revealing the depth of beauty that exists in women who give of themselves for others – whether for children, infants, or the unborn.

While the above video, which is the third of the trio, has garnered the most attention of late, all three videos – each of which Wacoal says is based on a true story – share powerful stories of women who, faced with life-changing decisions, chose to put others before themselves.

In a story that we know has been played out many times here in the United States as well as around the world, the woman in the first of the three videos chooses life for her unborn child over her own well-being:

And in the second video, a woman makes a powerful impact among her co-workers through her selflessness:

In a world that all-too-often defines beauty based on the attributes of women that are most subject to change (seriously, we’re going to get old if we haven’t already; we’re going to wrinkle; we’re going to sag), it’s awesome to see a company stepping up and shouting to the world that true beauty lies not in fading externalities but in compassion, strength, and sacrifice.

Would that more companies would spread this message.