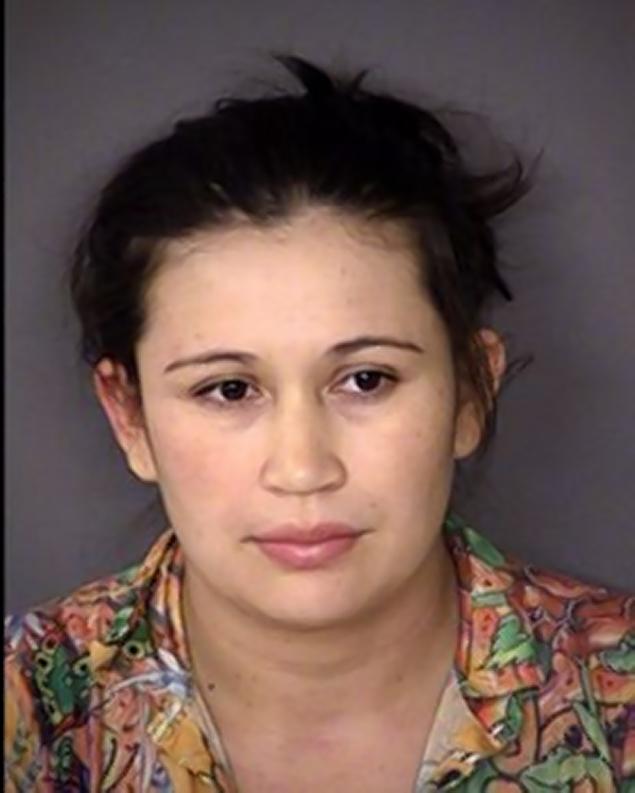 Nidia Alvarado lives in Texas, the state where Democrat State Senator Wendy Davis made a name for herself by filibustering an abortion bill that would prevent women from obtaining an abortion after 20 weeks.

Despite Davis’s herculean efforts, thankfully, the bill to restrict abortion in Texas passed.

After listening to Ms. Davis stress that the right to choose should not be dependent on gestational age, Nidia Alvarado must have interpreted the message to mean that it wouldn’t really make a huge difference if she disposed of her baby after he exited the birth canal and left the hospital with her, wrapped in a receiving blanket and wearing Pampers.

Now, after being taken into custody and charged with murdering the baby boy, found stuffed into a blue duffel bag on the intake conveyor belt of a Waste Management recycling center (that’s right – Waste Management), the dead child’s mother told authorities that she heard the dying child whimper as she strangled him and “watched him die.”

San Antonio police Sergeant Daniel Gonzalez had this to say:

It should never get to a situation where you throw out a child like it was common trash. If something happened that you couldn’t care for the child, you could take the child to a police station. It shouldn’t end like this.

After Alvarado’s arrest, Sergeant Javier Salazar made the following statement: “It’s believed that the suspect gave birth to that baby boy, and shortly thereafter murdered him by strangulation.”

According to Sgt. Salazar, Alvarado made it to the hospital and gave birth under an assumed name. Then she left in a wheelchair with the baby in her arms, took him home – and instead of leaving him at a designated safe place, and in lieu of that late-term abortion she was seeking a few weeks prior, she garroted the child with a “ligature” right before Christmas and threw his fragile body into a dumpster outside her apartment building.

It was determined when he was found that the tiny boy was less than a week old when he was murdered. For lack of a better explanation, maybe Nidia thought it was acceptable to exercise her right to choose to have an infant-free holiday.

Nonetheless, one of the reasons progressive Democrat Wendy Davis donned her pink sneakers and became a spokesperson for late-term abortion in the first place is because she believes, as do her ardent supporters, that women deserve access to safe, affordable abortions at any stage in their pregnancies.

Apparently, Nidia agreed with the “any stage” aspect of Wendy’s argument and told detectives that just a few weeks before her son was born, she tried to find someone to teach her how to perform a very late-term, very unsafe, self-induced abortion.

Bloomberg reports that in Texas, for lack of money, primarily poor and Hispanic women turn to other options like buying dangerous abortifacients at open-air flea markets. The contention is that “[o]nly people with money go to clinics.”

Obviously Nidia didn’t make it to the clinic or the flea market, so as an alternative, she literally took things into her own hands.  For those who believe in late-term and even post-term abortion, in the words of Hillary Clinton after four Americans were murdered in Benghazi, “what difference…does it make?” Dead is dead.

Sgt. Salazar also said that “There were other children … that reside in the same place where the suspect resides” – a five-year-old boy and a two-year-old girl, both of whom miraculously avoided also ending up in the Waste Management recycling plant. Those two children were turned over to Child Protective Services until it can be determined whether or not Nidia Alvarado is their mother.

Currently, the suspect is being held on $2 million bond. If convicted of capital murder, 25-year-old Alvarado will likely face a premature death herself.

At this point, it’s unknown whether or not the suspect has been appointed an attorney. However, by seizing this opportunity and offering to defend Nidia Alvarado’s right to abort a baby at any stage, Harvard-educated specialized litigator/gubernatorial candidate Wendy Davis could further her political aspirations and thrill her pro-choice constituents.