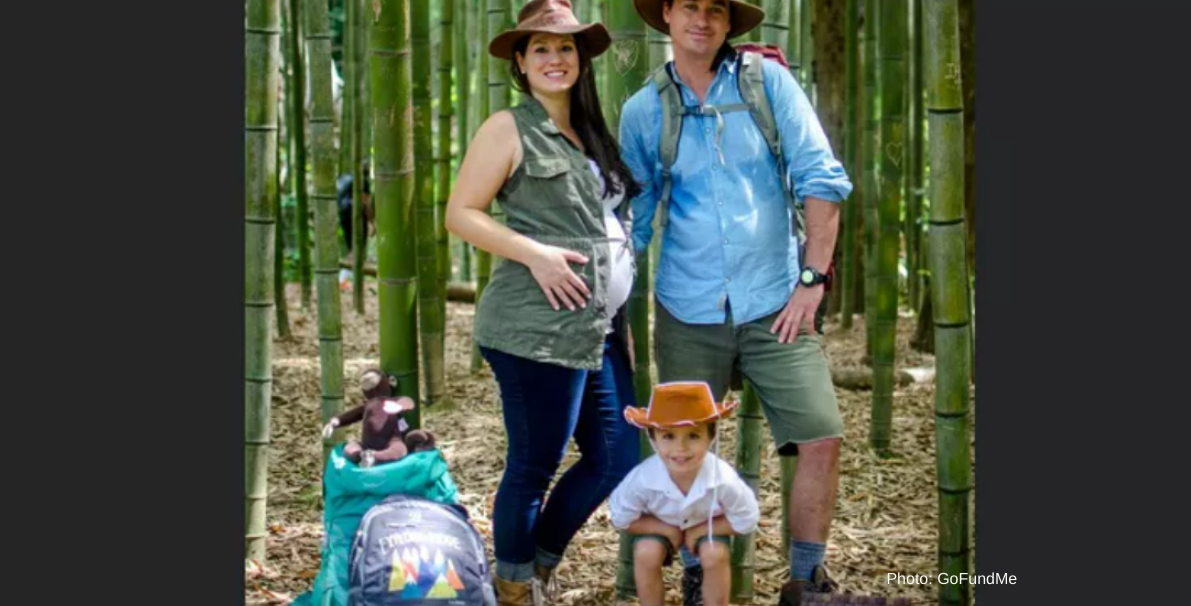 A baby boy born at just 25 weeks after his mother was stabbed is now home from the hospital. He spent five months in the neonatal intensive care unit (NICU).

According to ABC News, Theodore Jude was released from the Children’s Hospital Atlanta at Egleston on October 8 after spending the first five months of his life outside the womb in the hospital. Nurses lined the hallway with rattles to wave goodbye to their tiny patient who was born by emergency C-section after his mother was attacked.

Theodore’s mother Valerie Kasper was walking near her car on June 5 with her three-year-old son Benjamin when she was stabbed multiple times by a homeless man who later admitted to the stabbing, said the Associated Press. Police found that the man’s “mental illness played a role” in the attack. Benjamin was uninjured but Kasper was taken to a local hospital where she had to undergo an emergency C-section to save her and the baby.

“The trauma of the attack was pretty intense obviously and the moment of going into surgery was just as scary,” said Kasper. “When I went into surgery I was crying, saying, ‘Save my baby and save my uterus,’ because I thought if he didn’t make it, I would want to have another baby.”

Two-pound Theodore was taken to the NICU while doctors worked to repair Kasper’s colon and liver. It wasn’t until 24 hours later that she was finally able to see her newborn son. But she was still in a lot of pain and was unable to hold him, which she said “was really hard.”

Kasper spent another week in the hospital recovering, but Theodore was not doing well and had to be transferred to another hospital for surgery. “That was devastating. I was thinking, ‘This is it. This is the life of the NICU. How am I ever going to fall asleep waiting for these phone calls?'” said Kasper.

Theodore had four surgeries and was three weeks old before his mother was able to hold him for the first time.

“It took like three people to help me into the chair, to help the baby in my arms, and he was still intubated so it was just extremely fragile moving him,” she explained. “I was sitting there kind of in pain, wanting to enjoy the moment but also having to be aware of my own limitations.”

Kasper and her partner Steven Barkdoll spent months traveling between the NICU and their home, taking care of Benjamin and being with Theodore. When he was finally released from the hospital after five months, he and Benjamin finally met each other.

“Benjamin just like ran over to the stroller, so excited to see his brother,” said Kasper. “That was a big day.”

Kasper still suffers pain and limited mobility from the attack, and Theodore is still on oxygen, a feeding tube, and a heart monitor. He takes several medications and visits doctors often. Though it can be stressful, Kasper expressed gratitude that he survived the attack and premature birth.

“We’re obviously super grateful and praising that he’s alive and with us,” she said. “It’s been a long journey and it’s already been exhausting and like a rollercoaster, and now that he is home, this is the start of a new thing.”

When a woman’s health or life is at risk during pregnancy, abortion is never necessary. Emergency C-sections are faster and safer for women than a multi-day late-term abortion. Killing an innocent preborn child is never health care. True health care will treat mother and child as two valued patients — and one should never be deliberately killed to save the other.