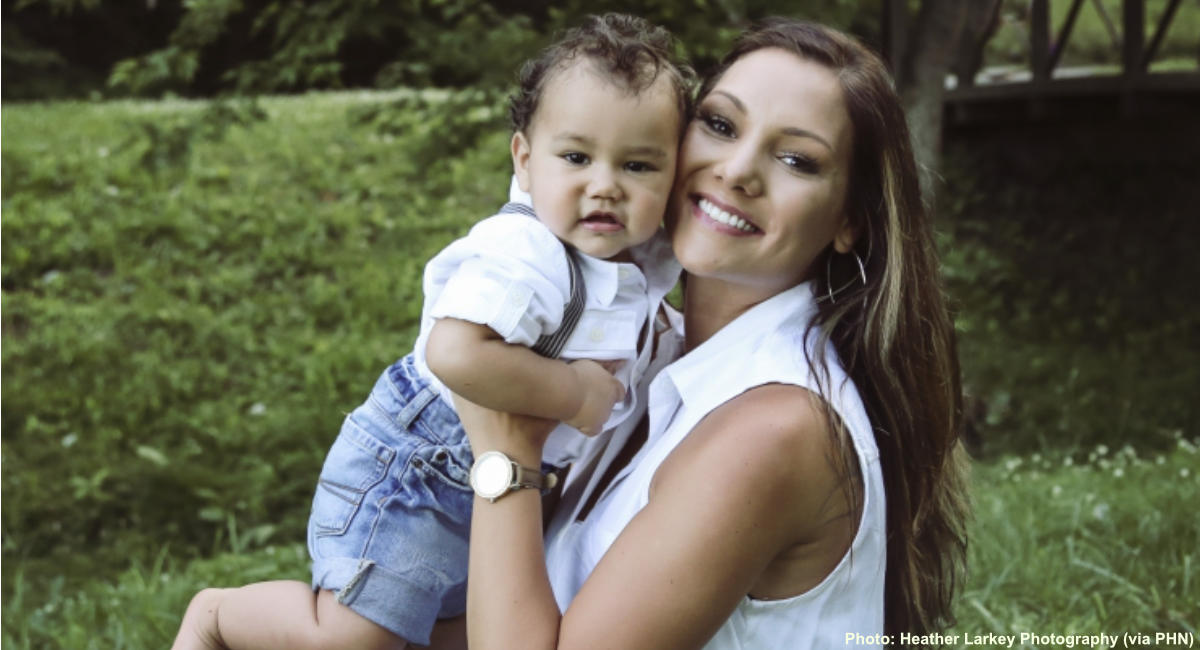 (Pregnancy Help News) A mom who took steps to save her unborn child after starting a chemical abortion is thankful to have her son, and she is urging other moms who believe abortion is their only choice to pause and not act in haste.

You will not regret having your baby, Hannah would like those moms to know, whereas the absence of your child would be unthinkable.

“I’m so, so glad that I didn’t do that,” Hannah said of her impending abortion. “He’s just the best little boy.”

Hannah said she was “freaked out” at first when she learned she was pregnant with her son.

Already having four kids ages three through 10, she thought a fifth child would be a lot more than she could handle.

As she pondered abortion, her husband left the decision to her.

The whole way up there, they have abortion signs

Hannah and her family live two and a half hours away from the nearest abortion facility, located in another state where there is currently a 48-hour waiting period for abortion.

She was conflicted ahead of time about taking the abortion pill, but she said the first trip to the abortion facility, when she would get an examination to confirm the gestational age of her pregnancy, wasn’t as bad as the second.

However, Hannah’s first trip to the abortion facility and her interaction with the staff there showed how invested the abortion industry is in marketing the procedure to women and often works to coax their consent once they are in the door.

“The whole way up there, they have the signs” Hannah recalled about the trip to the facility,” the abortion signs.”

Once there and upon being examined, despite Landyn’s heartbeat showing on the ultrasound, when Hannah asked the staff member performing the scan about the baby, Hannah was told there was “nothing there.”

“When I got the ultrasound, she told me that even though there was a heartbeat, that there was nothing there,” Hannah told Pregnancy Help News. “She was telling me women should be able to decide for themselves.”

The second trip to the abortion facility was very different for her.

“I drove up there the second time alone and I couldn’t do it,” she said. “I couldn’t go in.”

So, Hannah came all the way back home, and then later thought again that she should go through with the abortion. Her husband went with her the third time, when she took the first abortion pill.

Hannah said she became very ill the day after taking the pill and contacted the abortion facility for assistance.

“I was super sick the next day,” she said. “So, I called to see if that was normal, because I was really sick, and she told me it was normal.”

“I almost felt drunk,” she recounted, “nauseous. I was throwing up. It was a really weird feeling.”

When it came time to take the second dosage of the abortion pill, Hannah remained conflicted.

“I had the pills in my hand, I was ready to take the pills, and I couldn’t do it,” she told Pregnancy Help News.“And I was crying again.”

She told her husband that she didn’t want to do it. He told her she didn’t have to take the pills, that it would be okay. This made her feel better for a time.

“So, then I got worried about the first pill, because I was so sick,” Hannah said.

She did an internet search, typing, “took the first abortion pill, changed my mind,” and received information for the Abortion Pill Rescue® Network (APRN).

She remarked about how there was assistance available no matter the time of night, and how quickly Abortion Pill Rescue was implemented.

The Option Line consultant and APRN nurse assisting Hannah immediately connected her with a local physician, who had progesterone ready for her first thing the next morning.

Chemical abortion is a two-drug process; mifepristone, which destabilizes a mom’s pregnancy, and misoprostol, taken later, which causes her to deliver her deceased child.

If a pregnant mom acts soon enough, it may be possible to save her unborn baby with abortion pill reversal(APR).

The APR protocol consists of administering progesterone, the natural hormone in a pregnant mother’s body necessary to sustain pregnancy. It’s a newer application of a treatment used for decades to prevent miscarriage.

Reversals have been successful after 72 hours, but results are best if a mom acts within 24 hours. Statistics show that more than 2,000 lives (and counting) have been saved thanks to the APRN.

The 24/7 APRN hotline is staffed by Option Line consultants who connect women in need with nurses who follow up and connect the women with APRN providers who provide the APR treatment.

The APRN is made up of some 1,000 rescue providers and centers worldwide who facilitate abortion pill reversal. Heartbeat International manages both the APRN and Option Line.

Hannah said the APRN representatives continued to keep contact with her in the long term, offering continual support.

“They checked up on me for weeks, several weeks,” she said, “making sure I was okay.”

When Hannah had questions or concerns as her pregnancy with Landyn continued, she would text her APRN contacts, and they would respond. She was also connected with other APR moms on social media for support.

Today Hannah is very grateful for her son.

“And I think that if I would have done that, that it would have bothered me – forever,” Hannah said of the abortion. “Just thinking like, what if I had, you know?”

She dismisses her earlier concern over adding another child to her family.

“It’s not even … it’s nothing,” she explained. “I mean, there’s not that big of a difference.”

Hannah said she wanted to call the abortion facility to tell them she did not go through with the abortion and that she instead did the APR protocol.

“I wanted to call,” she told Pregnancy Help News. “And I should have, I don’t know why I didn’t.”

“I don’t think it would have mattered,” she continued, “but I wanted to tell them, that I did that, I did not go through with it, and that he’s here today, but … I never did.”