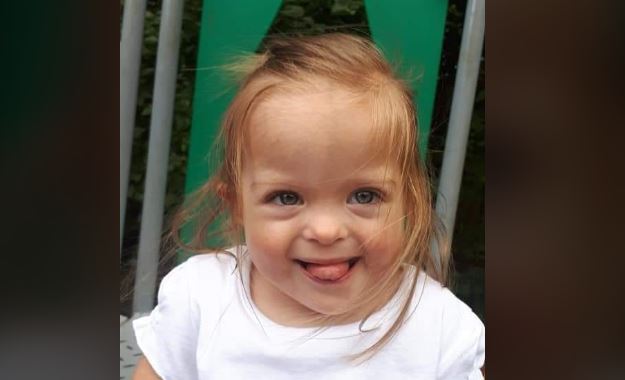 A mom of a little girl with Down syndrome is speaking out about the repeated pressure she faced to have an abortion after receiving her daughter’s prenatal diagnosis. Rachel Mewes previously opened up about her harrowing experience on social media, with hateful, offensive, and disturbing comments about people with disabilities allowed to remain on Twitter. Now, she’s coming forward about her diagnosis experience.

Writing for The Mighty, Mewes explained how the end of July is always an emotional time for her. “I wish I could say I have nothing but happy memories, that I had the wonderful birth, congratulations and was surrounded by joy,” she said. “That’s what I deserved. That’s what Betsy deserved. Unfortunately, the whole experience was overshadowed and tainted by NHS staff who displayed the most vile prejudice and bias towards my baby.” Unfortunately, Mewes said she was denied the happy experience she deserved, simply because her daughter has Down syndrome.

At 28 weeks pregnant, Mewes underwent an amniocentesis to find out if her daughter, named Betsy, had a chromosomal abnormality. Mewes now says the drugs she was on prevented her from fully consenting. “I was under the influence of the massive doses of steroids I was given to mature Betsy’s lungs in order to prepare for an emergency C-section. I wasn’t thinking straight,” she wrote, adding, “I felt like having the amnio was the recommended pathway. I now know there isn’t an NHS pathway for women like me — women who are carrying a baby with Down syndrome. In fact, the ‘care’ pathway for women like me and unborn babies like Betsy is embedded in a document designed to direct women down the route of termination.”

If anyone should have been encouraged in their decision to choose life, it should have been Mewes; she explained that her career consisted of work as a teacher, and later as a support worker for people with learning disabilities, including many people with Down syndrome. She knew from the moment she got pregnant that she would never have an abortion because of Down syndrome — and yet, she was still pressured to do so. Not only was she pushed repeatedly towards abortion, but it would have been a late-term abortion — a violent, dangerous procedure.

“What haunts me to this day is that, despite stating that I would never consider a termination for Down syndrome, I was still asked to consider having one,” she said. “I was seven months pregnant. I had 4D photos of Betsy pinned next to my hospital bed. The doctors and nurses knew her name and they still forced me to think about her consultant killing her. I was made to categorically state, twice more, that I did not want her to die. It devastated me. In what world is it OK to make an expectant mother visualize a consultant giving a lethal injection into their baby’s heart to kill her?” 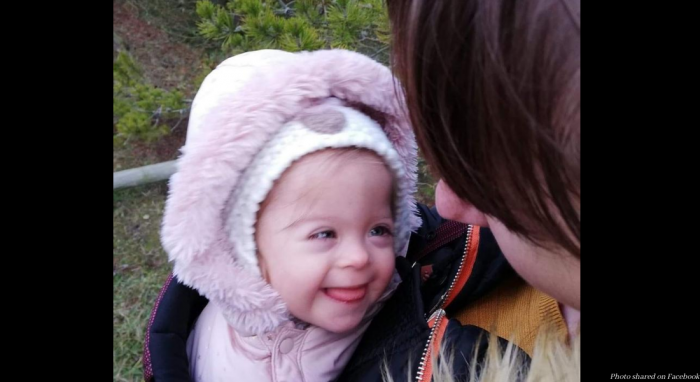 The procedure Mewes refers to is an induction abortion. It takes multiple days to complete and begins with a fatal shot of digoxin or potassium chloride into the preborn baby’s heart. Laminaria, or seaweed sticks, are inserted into the mother’s cervix to begin dilation, and after three to four days, she delivers the body of her dead baby. Risks of this abortion procedure can include hemorrhage, lacerations, uterine perforations, and death.

For the medical professionals tasked with caring for Mewes and her daughter, though, the risk was apparently worth it, solely because Betsy has Down syndrome. And Mewes explained that the moment they knew her daughter had a disability, their treatment of her changed.

“Pre-diagnosis, Betsy was referred to as baby or Betsy, post-diagnosis she was referred to as ‘the fetus.’ My baby girl was completely dehumanized,” she said. “As a result of having my wishes disregarded in favor of the assumptive practice of the consultants, I have post-traumatic stress disorder. I struggle to be in hospitals and find it difficult to trust any healthcare staff. I’ve spent almost a year and a half having counseling to try and come to terms with being made to visualize my baby being aborted. I honestly think the damage is permanent. No mother should have to go through that.”

READ: Comedian Sally Phillips: My son with Down syndrome brings ‘so much joy’

As non-invasive prenatal testing (NIPT) continues to be more widely available, Mewes said she feels certain more women will have similar experiences. And that is why she has vowed to continue using her voice to advocate for Betsy, and for others like her. “I will keep telling this story, again and again until I am heard,” she said. “I will write it every year and maybe one day I will be writing it from a position of having healed from the treatment I received.”