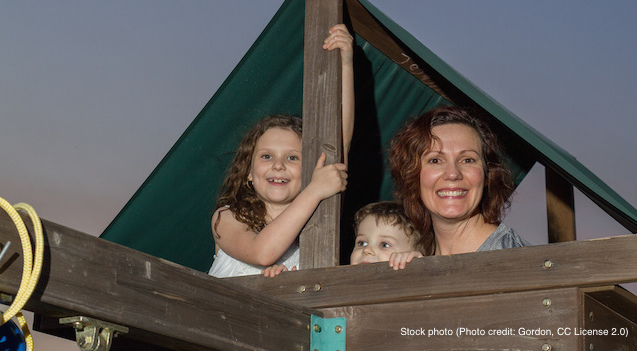 (Via Pregnancy Help News) Mihajlo turns a year old at the end of January. While he’s a few years away from grasping the reason, but he’ll have his sister to thank any time he celebrates his birthday.

If it weren’t for his sister and his mom’s encounter with a life-affirming pregnancy center in Novi Sad, Serbia, its likely Mihajlo wouldn’t have drawn his first breath.

Living in a 290 square-foot apartment with her husband and two small children—a 4-year-old daughter and 7-month-old son—“Rada,” Mihajlo’s mother “couldn’t even imagine giving birth to another child.”

Rada had confirmed her pregnancy at Choose Life Center in Novi Sad, ground zero for a burgeoning pregnancy help movement in the nations that once comprised Yugoslavia, but with a national abortion rate in Serbia twice that of live births, she was having a difficult time seeing beyond her own desperation.

“I couldn’t stop thinking about making an appointment for abortion,” Rada said in a video produced by Choose Life Center. “When I arrived home, I was shivering with excitement and panic. For several days, I was completely trapped by thoughts that abortion is the only option for me.”

In her visit to the center, Rada had spoken with Vesna Nikolic, who had asked a question that lingered in Rada’s mind as she wrestled with the news of her pregnancy: “Why wouldn’t I give this child a chance to live?”

While that question worked its way through Rada’s mind, it was another question—asked by her 4-year-old daughter—that served as the tipping point and saved Mihajlo’s life.

“Mom,” the little girl asked, “Isn’t it more beautiful to have three of us, than just two?’

Mihajlo’s birth marks one of several lives saved by Choose Life Center, as well as pregnancy help efforts in Belgrade (Serbia), Slovenia, Bosnia, Macedonia and Croatia that formalized a collaborative partnership in the past year.

The cooperation is especially striking in ex-Yugoslav countries, where political upheaval and deadly clashes have been the norm since the fall of the Soviet Union in 1991.

For Nicolic, the impetus driving their alliance has everything to do with the moments that save children like Mahajlo from abortion.

“To hold those babies who were so close to death, that is almost a holy moment,” she said.